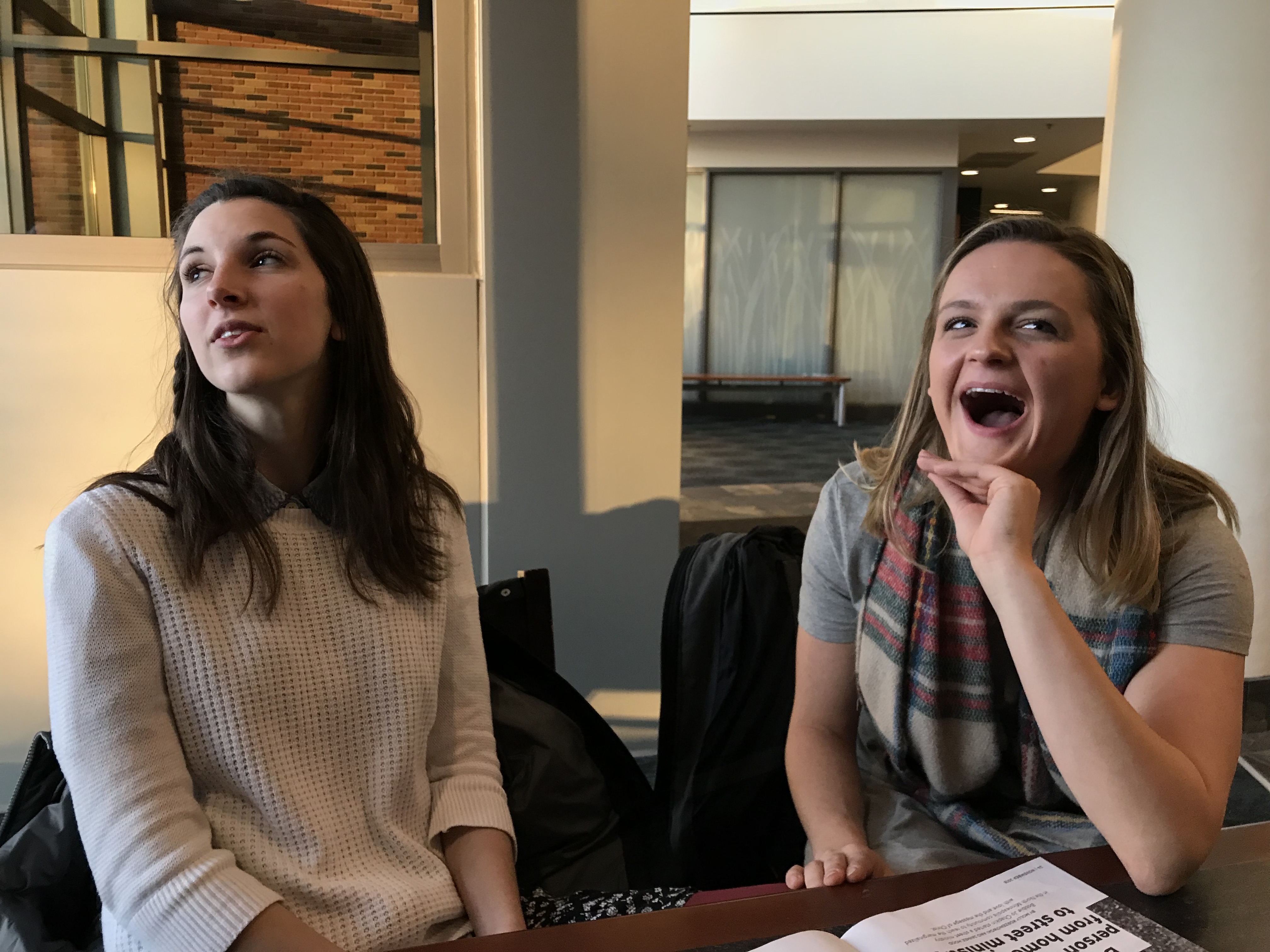 A mother is someone who cares for their sick child, drives them to school and cheers them on from the pool bleachers. She does not sell them into sex trafficking.

This situation was a reality for a human trafficking survivor who shared her story at an IJM conference in Texas where sophomore Elizabeth Szilagyi listened in her seat heartbroken by the testimony. The woman, now rescued and inspiring others to join the cause, prays for her mom to learn what she needs to learn while in prison. Szilagyi still remembers that statement.

“So many times we think ‘Yes! They got into prison’, but we should actually be praying for these people,” Szilagyi said. “That they will also be saved because they are also captured.”

Szilagyi leads Bethel’s IJM club that meets Tuesday nights in The Loft where they discuss upcoming events such as Freedom Fast. Beginning Nov. 14 at 6 p.m., about 40 people began a 24 hour fast from food. They began by watching a documentary about various trafficking stories titled “Nefarious”. Hearing these stories reminded the students what they were fasting for.

“It’s so hard to see the hurt and the pain that is in these people,” Szilagyi said.

She realizes talking about it in theory is different from hearing the real stories of people in those situations. They prayed together after watching the film. Szilagyi believes seeking justice in this world is part of the calling for Christians.

“When someone is telling you you’re worth nothing, you have nothing, and you’re being so abused, it’s really hard for the Gospel message to be revealed,” Szilagyi said. “They are stripped away from their dignity that it’s so hard for them to feel God’s love.”

Chief of Diversity Ruben Rivera sponsored students for the event in hopes of raising money and awareness.

“People may hear about the kidnapping of girls for the sex trade, or refugee crises in faraway lands,” Rivera said. “But here, it is difficult to get a sense not only about what is going on and the scale, but why, and only rarely what we can do about it.”

Szilagyi is grateful for the support and advice she’s received from faculty and staff including Rivera, Campus Pastor Laurel Bunker and IJM adviser Stina Busman Jost.

“The sky is your limit,” Bunker told Szilagyi when asked what the club could do to grow. When one of her Arden Village residents approached her with the idea of Dressember, she enthusiastically agreed. At the end of November, they kicked off the event with a table in the BC where they gave  s’mores to students passing by.

“It’s a very simple way of participating in something bigger than yourself, wearing a dress,” Szilagyi said. “But if I do and it allows one person to hear about human trafficking when they didn’t even know about it, that is worth it.”

Szilagyi learned about human trafficking from her high school mentor who worked closely with rescued sex trafficked people. During her first semester at Bethel fall 2017, Szilagyi saw the IJM booth at the club fair and joined.

“We have a lot more of a voice than we think we do,” Szilagyi said.

Dressember is not just for raising money for rescue efforts, but to raise awareness. Dressember participants dress up everyday during the month of December and tell their friends and classmates what IJM stands for.

“It’s about awareness in day-to-day conversations, when someone says ‘Hey, why are you wearing a dress?,’” junior Ally Pehler said. “That is kind of the whole purpose. And then to say ‘Because human trafficking sucks and we don’t want this to be a thing anymore.’”

“I hate wearing dresses,” Pehler said. “I hate it with all my being, but it’s taught me a deeper understanding of doing something I don’t want to do.”

As a club that is still trying to grow with about 10 to 15 consistent members currently, their goal is for the entire campus to know what the three letters stand for.

Pehler recalls an encounter with a classmate who asked why she was wearing a dress. Pehler told her it was for IJM and was amazed when the girl said she knew what it stands for.

“I want everyone to know what IJM stands for: International Justice Mission,” Szilagyi said.

Although students are participating without creating a fundraising page, she welcomes anyone to put on a dress or a tie and join the conversation.

“As long as people have the heart and willingness to participate, that comes first.”