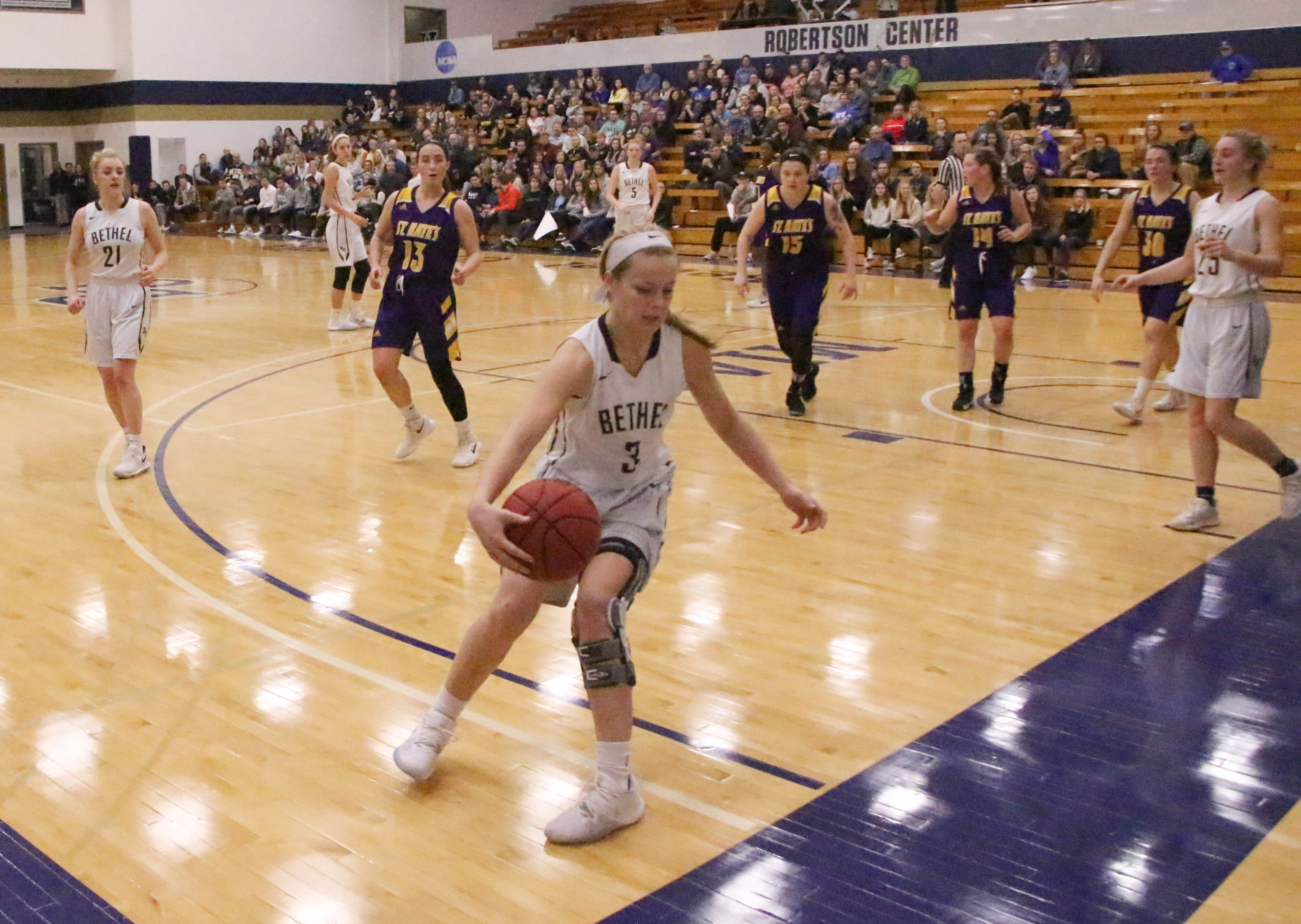 Scoring for Bethel was evenly spread. Hannah Johnson led the team with 14 points, while Taite Anderson and Makenna Pearson followed with 12 points each. Sam Orth and Danica Cambrice led the Wildcats with 12 and 11 respectively, the only players with double-digit points.

Makenna Pearson proved essential to the Royals during the fourth quarter, hitting a pair of threes and leading the team in steals with five.

Despite a tough shooting night, the Royals proved dominant on defense. Running a full-court press for most of game and a zone defense in the halfcourt, Bethel forced 22 turnovers.

“Our zone came up big for us today,” coach Jon Herbrechtsmeyer said. “We didn’t want to play strength on strength.”

The third ranked Royals hope to continue their six-game winning streak Wednesday when they host the second ranked Augsburg University.

“We are capable of winning the MIAC,” senior starter Taite Anderson said. “That’s what we desire.”