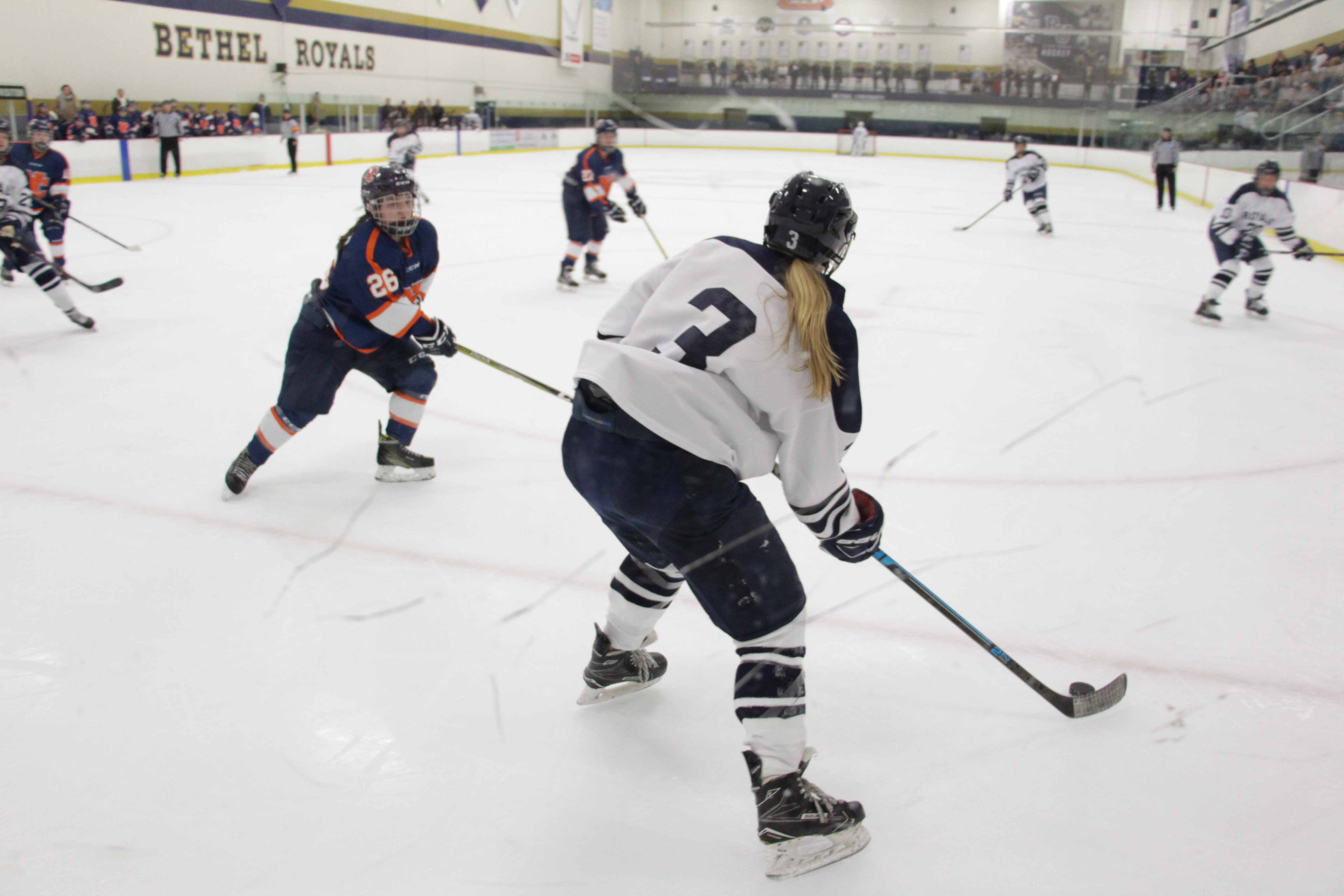 Bethel opens their 2019 schedule with win over visiting Northland.

As school resumed this past week for students at Bethel University, so too did the women’s hockey season. Absent for over a month, the team was welcomed back with hosts of Royals fans packing the stands at the Bethel University Arena in Blaine Friday night when they hosted the Northland Lumberjills. With standing-room-only spectators lining the upper deck, the Royals came out with an energy that looked like it was held in over the past month.

The scoring began with sophomore forward Bri Stafne’s goal late in the first period, set up by an assist from sophomore defender Kennedi Mitchell. Bethel doubled up Northland in shots on goal in the period, 14-7.

“It was nice to get ahead right away,” Stafne said postgame. “I think that got the energy going.”

The second period was much of the same for the Royals, however this time there was no goal to show for it. By the end of the frame, Bethel was once again doubling up Northland in shots on goal, 30-15. With many opportunities presenting themselves in the second for the Royals, the Lumberjills were fortunate to only be down one score heading into the final period.

In the third, the Royals added to their lead with a goal from freshman Grace Halvorson and an empty-netter from senior Sarina Goos. By the end of the game, Bethel had 42 shots on goal to the visiting Northland’s 29.

Fittingly, as “Takin’ Care of Business” blared on the speakers while the fans exited, that’s exactly what the Royals did. The most comfortable win of the year. After the game finished, the Royals knelt for a prayer at mid-ice. And for the second time this season, they got to celebrate a win in the locker room.

“We were waiting for a win and we finally got a win,” Stafne said.

0 comments on “Royals take down Lumberjills in 2019 debut”