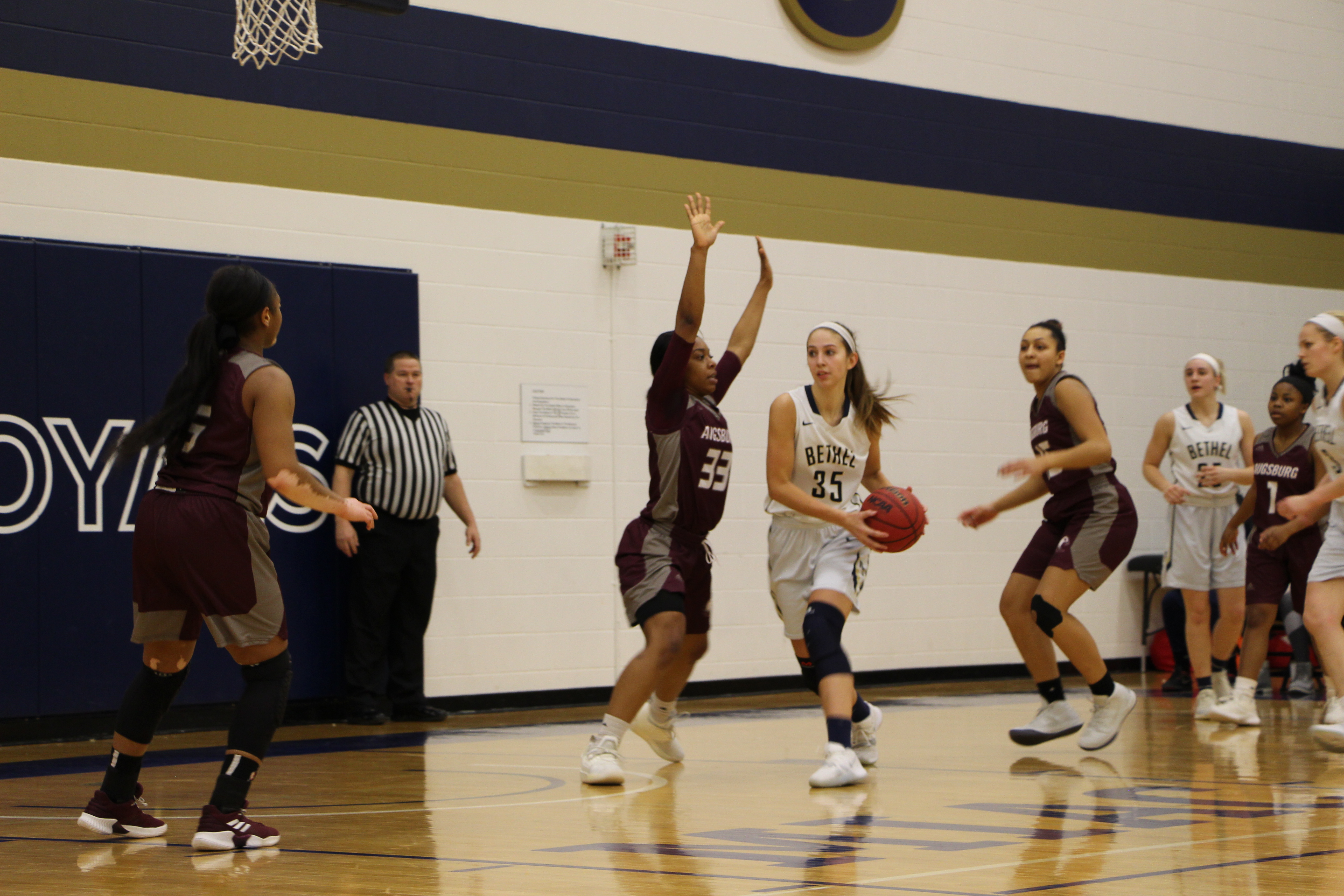 The Bethel Royals lose to the Augsburg Auggies 74-67

By Abby Pautz and David Pirrie

Last time the No. 3 Augsburg Auggies and No. 4 Bethel Royals faced off in women’s basketball, Bethel blew 4 point lead with a 2 minutes remaining in the MIAC opener. In this hard fought game with over 5 lead changes in 3 minutes with 5 minutes left in the 3rd quarter, the Royals didn’t get any luckier and were outplayed with the final score being 74-67.

History repeated itself as the Royals were up 32-27 at half. However, being outscored 21-11 in the 3rd quarter put the Royals in a hole they couldn’t climb out of. There were bright spots on both teams as the Auggies’ Arianna Jones lead the team with 15 points, while Tamira McLemore scored 14 and led in rebounds with 6. The Royals’ Taite Anderson put up 15 with 7 rebounds and Hannah Johnson led the game in rebounds with 14 and also had 7 points. Haylee Barker also put up 13 and broke the 100 point mark on the season, reaching 104.

Coach Jon Herbrechtsmeyer thought the reason for the loss was pretty obvious.

Given that these two teams Nos. 3 and 4, there is a chance they meet later in the playoffs, but instead Bethel is focused on its next game at Concardia College in Moorhead Jan. 12 at 7 p.m.

0 comments on “Royals fall to the Auggies”