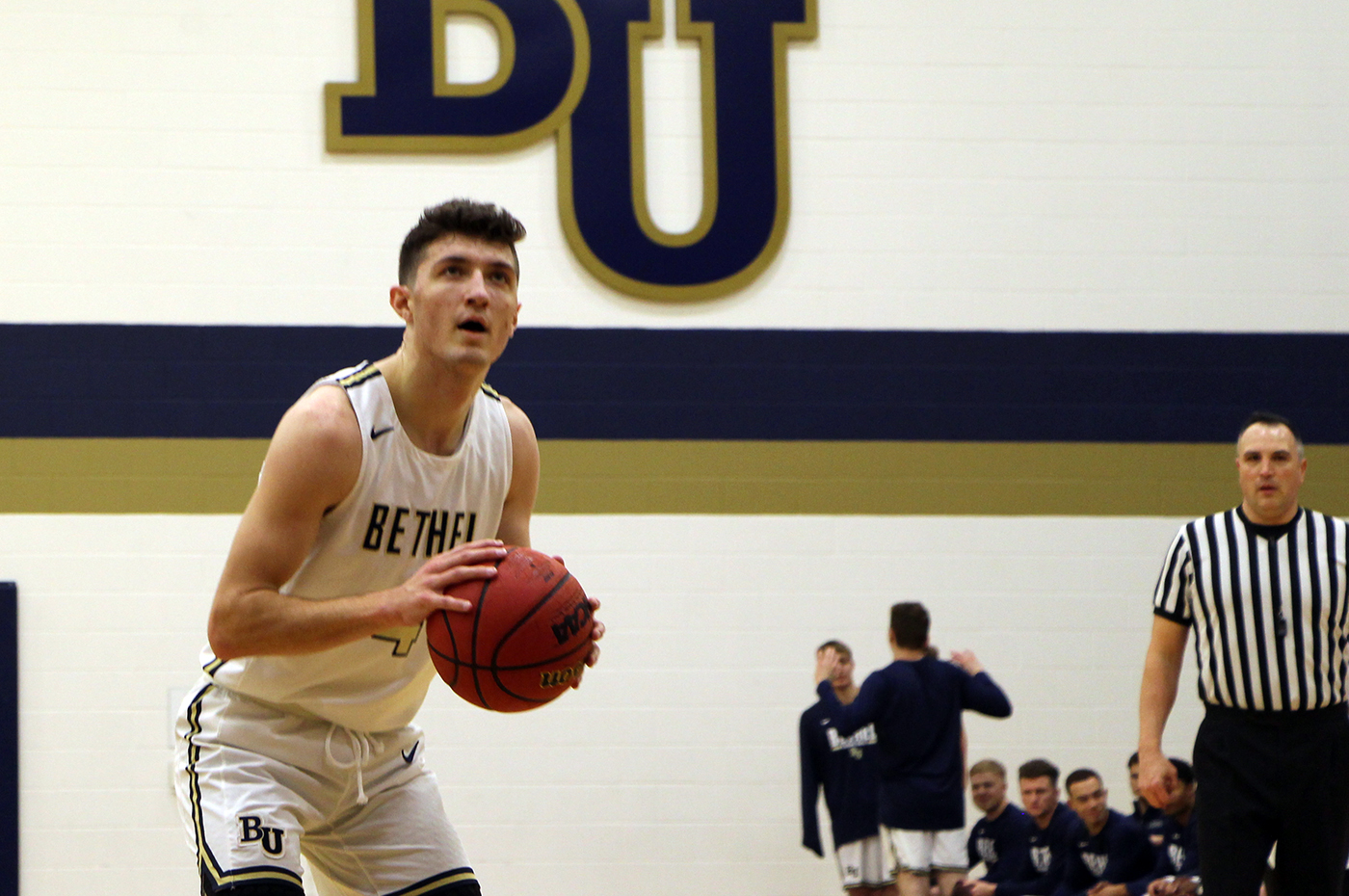 By Abby Pautz and David Pirrie

Last time these two teams faced off, the Tommies won 68-65. Wednesday at Robertson Center Gym, St. Thomas, undefeated in conference play, won again 86-75. In a game full of lead changes, the Tommies ended up shooting a 50 percent while Bethel finished at 45 percent.

In the first matchup Dec. 5 at St. Thomas, the Royals led 33-22 at half. St. Thomas ended up coming back in that game. Saturday, the Royals were down 38-35 at half, but couldn’t come back as the Tommies shot 87 percent from the free throw line.

The Tommies’ Anders Nelson and Connor Blair led the team with 21 points and 7 rebounds each. Nelson also went 8-for-8 on free throws. The Royals’ Granger Kingland scored 17 points and gathered 10 rebounds and Matt Ambriz also had 17.

The loss drops the Royals to 5-5 in the MIAC and 8-7 overall. They’re now tied for fifth in the conference standings with Hamline University, which they host at 3 p.m. Saturday. St. Thomas remains undefeated in the conference at 9-0, 13-1 overall, and tied for first with St. John’s.