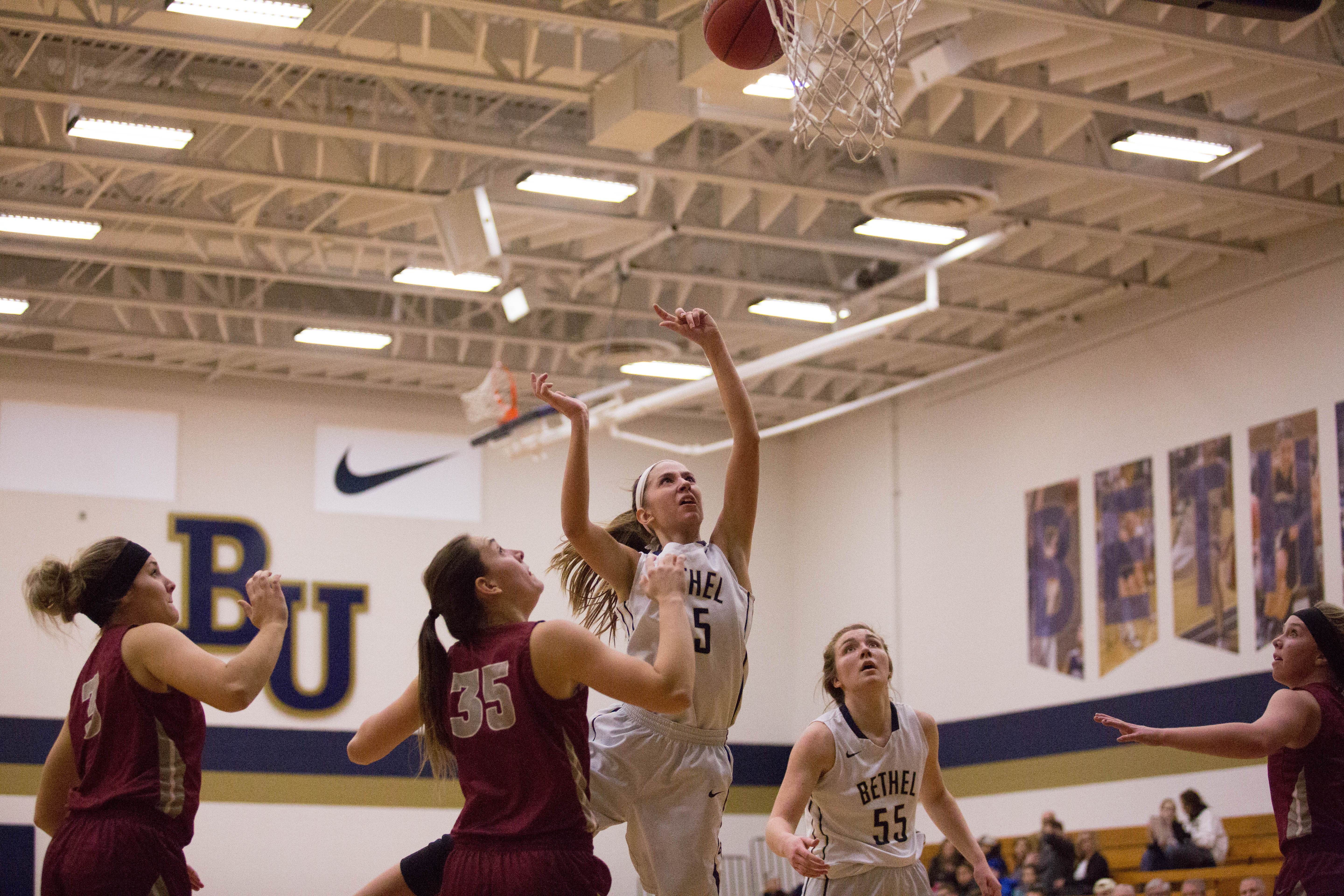 By Zach Walker and Josh Towner

The Bethel University Royals stayed consistent and on top during this afternoon’s matchup against the Hamline University Pipers. With only one lead change between both teams, the Royals were able to take control and keep it throughout.

Proving solid from inside the paint and behind the line, the Royals shot 55.6 percent from the floor and 45 percent from three. Makenna Pearson, Bethel’s leading scorer, shot five for seven from three, contributing 15 points to her total of 19.

“The team having confidence in me,” Pearson said when speaking about what worked in her leading performance. “It gives me confidence.”

Six players put up double-digit scoring numbers. Pearson (19), Hannah Johnson (18), Haylee Barker (12), and Elizabeth Schwarz (11) led for the Royals, while Reilly Geistfeld, the MIAC’s leading scorer at 17.1 points per game, and Chan’el Anderson-Manning were in front for the Pipers with 11 each.

Coach Jon Herbrechtsmeyer remained focused throughout, never letting a mistake go unnoticed. Even when his team was up by 30.

“The next step for this team is getting more groups of five that really play consistently high level on both ends,” Herbrechtsmeyer said. “We had valuable time getting younger players out there who hadn’t played in different groups very much.”

This victory propelled Bethel to a 12-5 record. They are currently ranked fifth in the MIAC and face Carleton at home Wednesday.