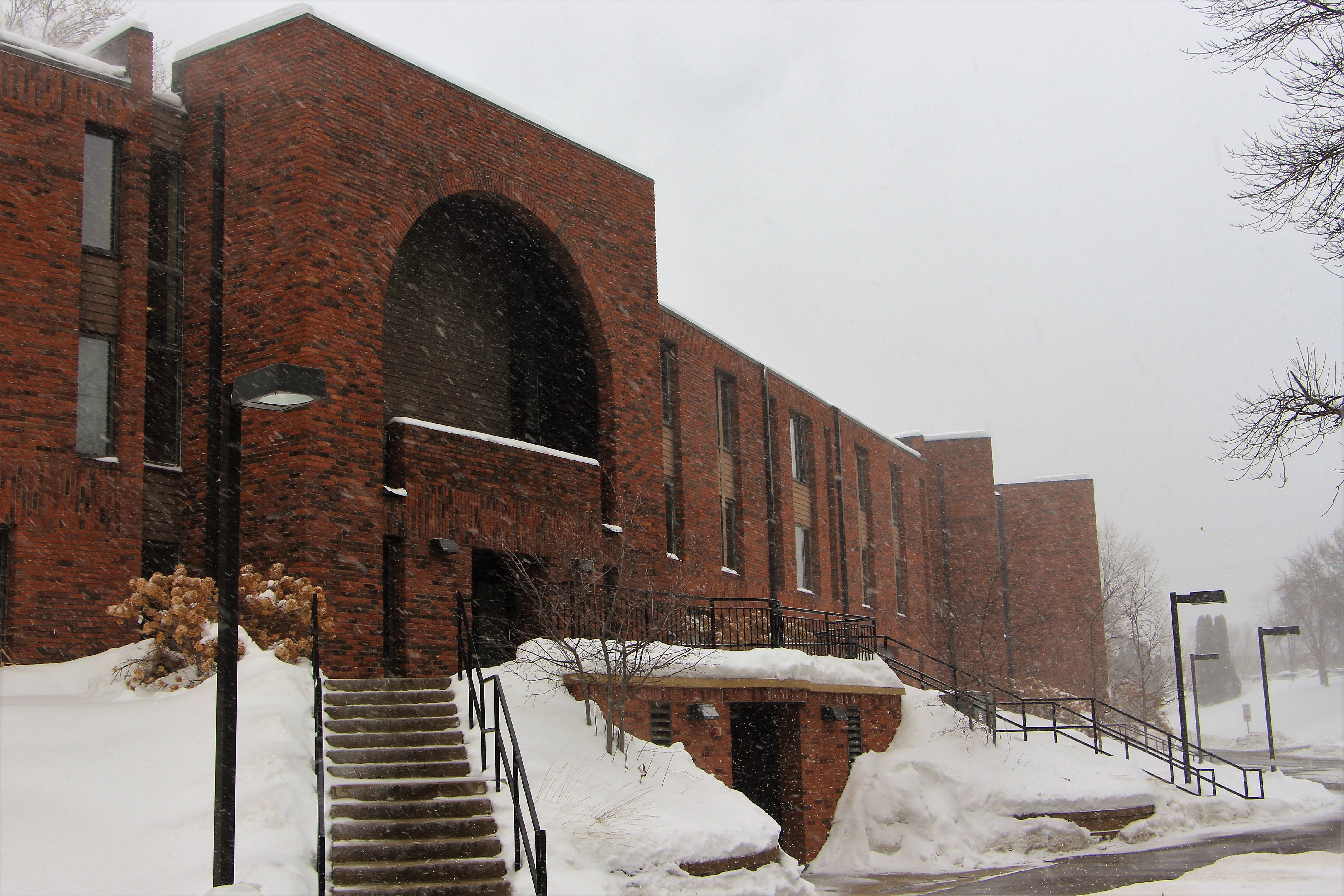 Built in 1968, Nelson Hall is set to undergo its first extensive renovation this coming summer.

The Bethel University freshmen currently residing in Nelson Hall are living like their parents. Sheltered by the same red and black brick walls, wandering around the same shack in the center of same lobby and peeling T-shirts away from sweat-covered skin caused by the same lack of air conditioning. These students are experiencing the Nelson of old, the Nelson of 1968.

Come fall 2019, the decades-old dorm will feel like it was just built.

Construction will begin the day after students leave for summer break. The idea is to create an open environment. Shack, which is currently placed in the center of the lobby, will be moved to the side of the building, creating more space for a community lounge. The closed-off kitchen will also be connected to this space. Modern furniture and meeting areas will be incorporated into the entire ensemble and inspire changes to the lounges of the floors above.

“There is not really a place for everyone to go,” Associate Dean of Residence Life Jim Benjamin said. “I feel like [this is] going to be the natural connection and gathering spot for Nelson.”

Along with the updates to community areas, individual air conditioning will be added to each double room and suite. According to Assistant Chief Financial Officer Pat Brooke, this addition will also accommodate summer conference guests.

Brooke stated the $4 million project was funded through a bond refinancing done in 2017. This is the process of acquiring new debt at a lower interest rate in order to pay off old debt. As a result of this process, $5 million was identified for campus renovations, and the Nelson funds were sourced from that. The final $1 million was used to rebuild Bethel Drive and landscape freshmen hill.

Construction is scheduled to finish one week before the fall 2018 semester begins. Freshmen assigned to Nelson will no longer be living in the ’60s. Once they step through the aged brick doorway, the new changes will greet them. And the air will be cool.