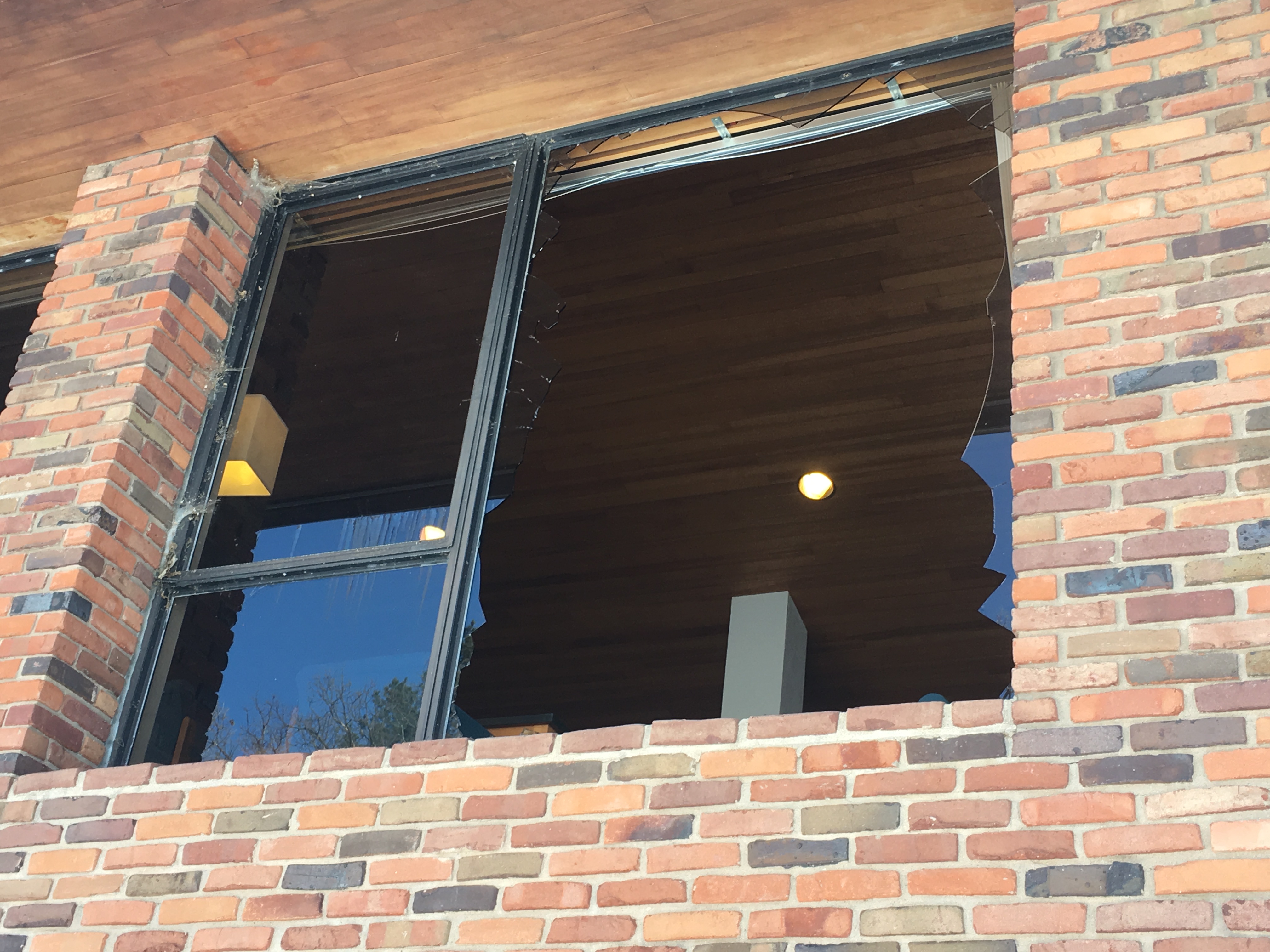 A turkey shattered a window in a seminary building this morning.

By Diana Clark and Josh Towner. Joe Hiti also contributed to this report.

Shortly after 8 a.m, a turkey took off from Seminary Hill and shattered a window on the upper level of the old Seminary Building’s Campus Center Lounge.

Facilities quickly cleaned up the glass and boarded up the window. The second floor lounge is closed until the window can be fully replaced.

“It is obviously a comment on how clean the windows were,” Barry Holst, Director of Facilities Admin Operations, jokes.

According to eye witness Anna Hultgren, the turkey was in a rafter of turkeys on Sem Hill when it took off flew into the window. The turkey stood on the broken windowsill and glided down to the patio before walking back up Sem Hill. Two spots of blood were found on either side of Sem Hill, but the tracks went cold in a creek bed just off Lake Valentine.

Turkey usually weigh between 8 and 12 pounds and boast a wingspan of over 3 feet, but they’re also powerful flyers according to Jeff Port, department chair of biological sciences. Students in Port’s classes have discovered that the seminary buildings are home to the most bird collisions on campus. Port theorized that the turkey saw a reflection of the woods crashed into the window.

0 comments on “When Turkeys Fly”