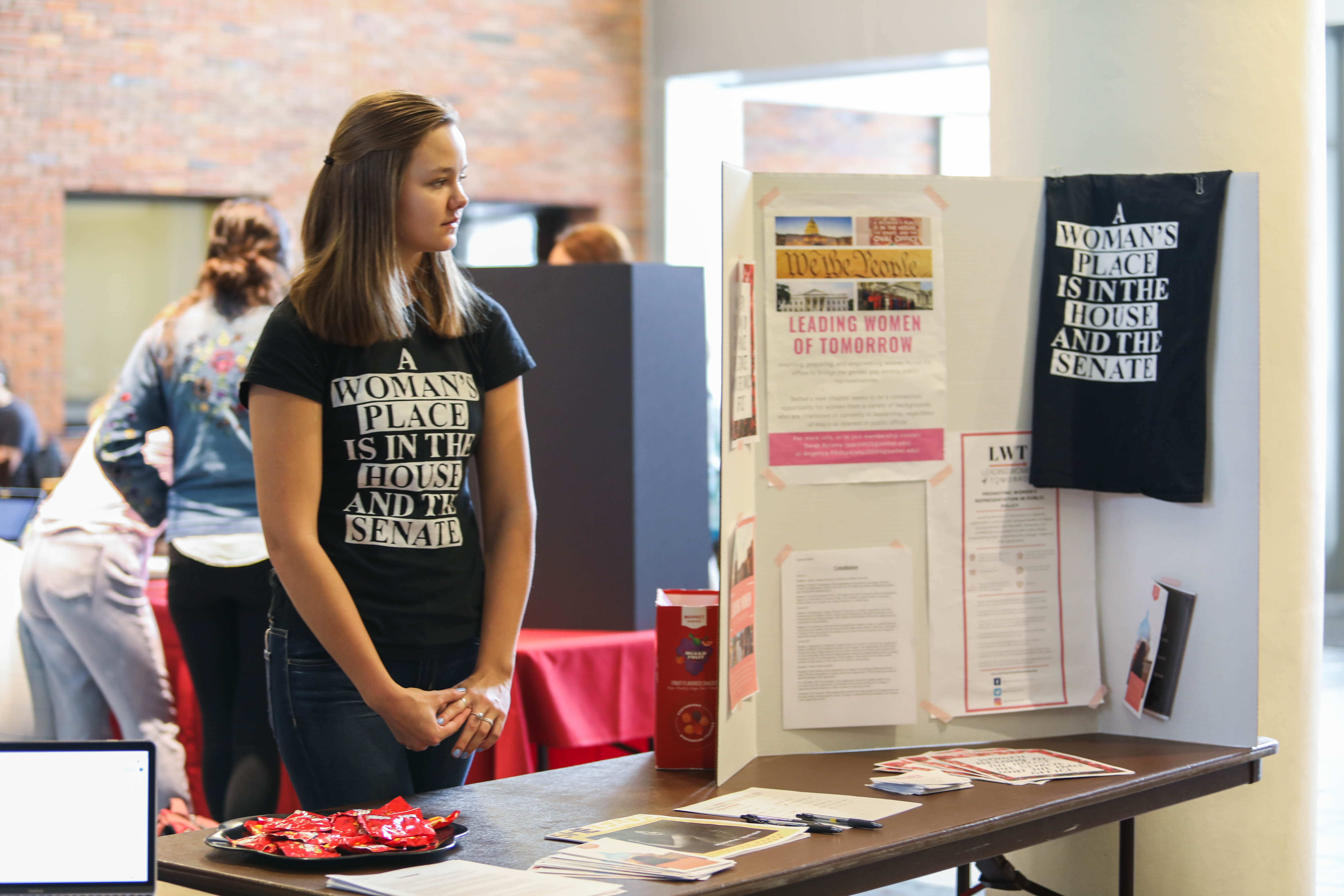 The BC bustles on a snowy Tuesday afternoon with voices and music. A ring of tables surrounds “the egg”, and behind them stand representatives for BSG clubs. Various clubs are showcased such as rock climbing club, International Justice Mission, anime club and women’s lacrosse. Standing amongst the ring were representatives for the recently approved and added clubs.

This year, eight clubs have been created. This includes the Catholic Student Association, badminton club, roundnet club (similar to Spikeball), neuroscience club, ski and snowboard club, Oasis For Orphans, unified sports club and Leading Women of Tomorrow. So far, five of these have been approved as official BSG clubs.

“These new clubs offer unique possibilities to the student body that were not previously available,” Executive Director of Clubs and Organizations Logan Lasley said. “Every club that is passed allows students to engage in a unique activity, study, sport, etc.”

One club, Oasis for Orphans, serves to increase awareness and financial support for kids in Kenya.

“We do lots of events on campus to get people excited and fundraise,” senior Ian Snyder said. “Being an official club has just allowed us to do more awareness events and partner with other groups on campus. This is just kind of the beginning.”

The neuroscience club provides a space for students to gather and talk about their field of study.

“We’re here to provide a space to talk about things we love,” freshman neuroscience student Kyeana Cormier said. “It will help in our careers, and help us increase in our knowledge about science.”

“It is a nonpartisan DC-based, female, college student-led group that is designed to encourage women to come together and get involved in politics and leadership,” sophomore political science and communications student Elsie Hanken said.

All eight of these clubs will impact the student body.

“Not only does it give the students an opportunity to develop relationships with people around a common interest, but clubs themselves create a space available for student leaders to fill,” Lasley said. “To me, that is the best part of clubs here on campus, that they offer much more than simply an activity, but that there are a lot of latent functions of the clubs.”

Lead photo: Elsie Hanken, political science major, stands at Leading Women of Tomorrow table. She explains how this club will prepare women who want to represent this country.| Photo by Ally O’Neil

0 comments on “Badminton, roundnet and neuroscience. Oh my.”