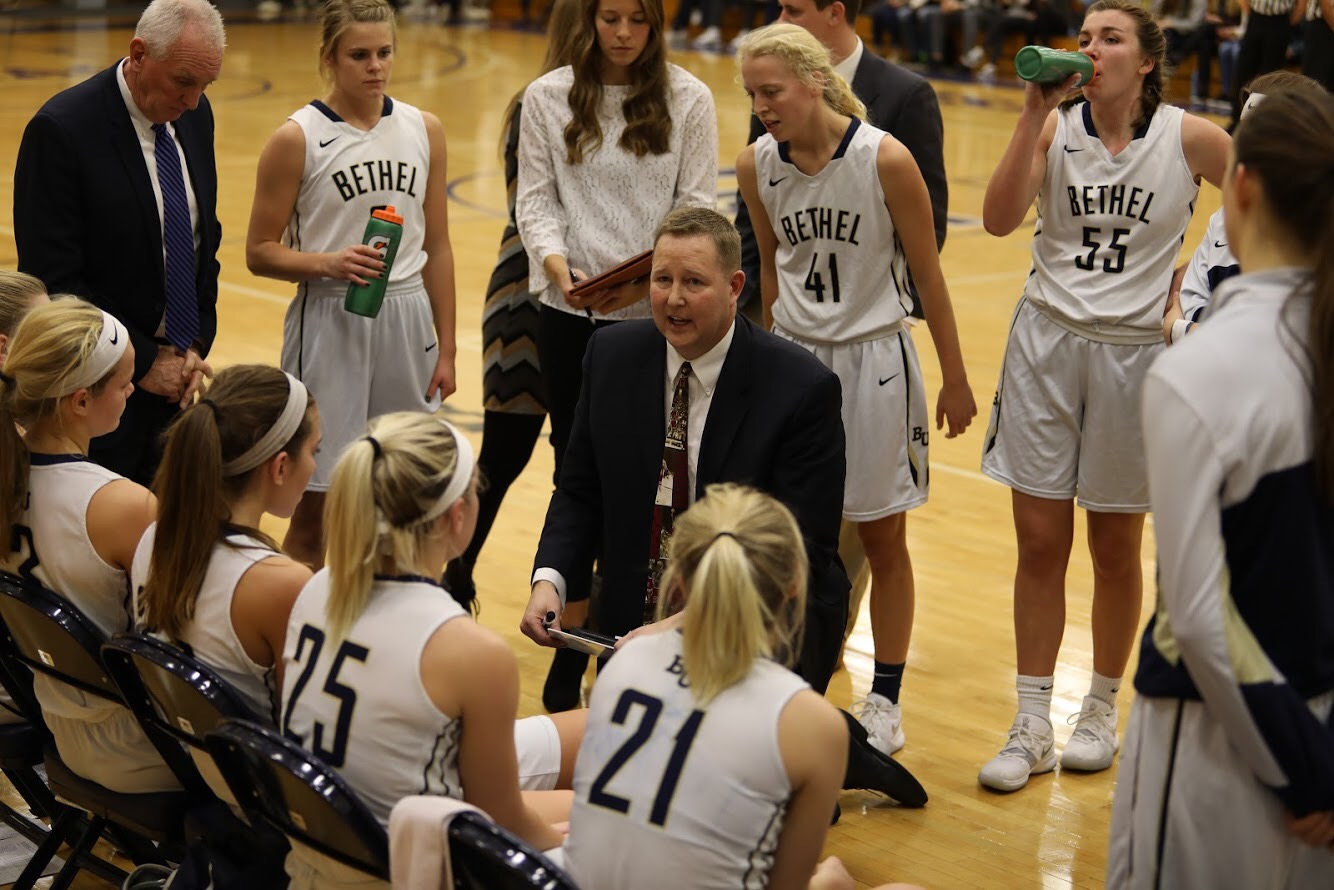 The 66-52 victory for the Bethel women’s basketball team on Tuesday was not guaranteed. Look at the first three quarters of play; the Royals led 41-38 struggling to be secure with the ball. Then a small burst of fast break scoring ensued and all of a sudden it was a 10-point game.

They can’t afford to come out of the gates slow tonight, when they’ll go on the road to Augsburg (21-4) for the MIAC semifinal. The Auggies swept Bethel by a combined total of nine points in two meetings this year. The Royals (20-6) will face Augsburg in Minneapolis at 7 p.m.

The men’s team scored early and often in the quarterfinal against Gustavus, running away with a 93-67 win. Matt Ambriz scored 22 points and three other Royals were in double figures, the common recipe for success this season. Bethel (19-7) now heads northwest to St. John’s (22-3) for a high-octane semifinal; the Johnnies won in Collegeville 90-55 in November, and Bethel responded with an 85-81 victory three weeks ago. The game tips off at 7 p.m.