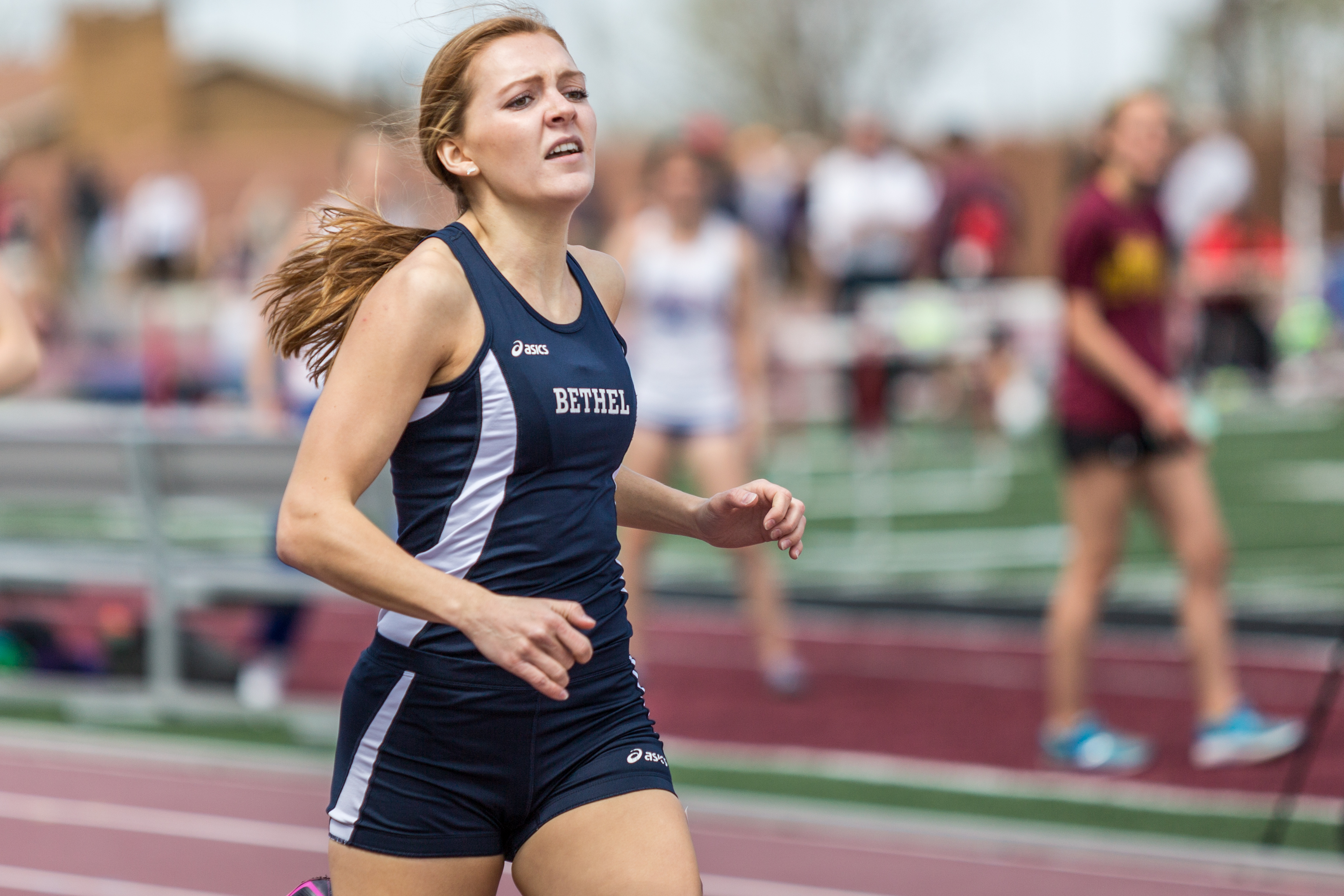 Both track teams for Bethel finished fourth at the MIAC indoor championships this weekend.

Bethel entered the MIAC indoor championships placing in the top four in three of its last five meets and met that standard once again over the weekend.

Delia Labatt won the 400 meter dash by .01 seconds. She also helped Bethel finish first in the women’s 4×400 meter race. These were the only two events that the Bethel women’s team took first in at the MIAC championship.

“During the last 20 meters, I was praying my legs would keep going,” Labatt said, “I saw the runner from St. Olaf come up on me at the very end of the race, so I used every bit of leg power I had left to lean hard into the finish line.”

Labatt ended up falling at the end of the race but set her season personal record in the 400 meter dash.

The team finished fourth overall at the championship with 71 points and only a point and a half back of Carleton that had 72.5 points.

The men also placed fourth overall after finishing first in four events, including a win in the 4×400 meter race.

Monroe and Erickson also finished second and third in the 400 meter dash, respectively. Senior Carl Klamm come in first. All three ran the race in under 50 seconds.

“It was a confidence builder for all of us. through and through,” Monroe said.

Bethel is now preparing for the NCAA qualifier race Saturday, March 2 at 11 a.m.