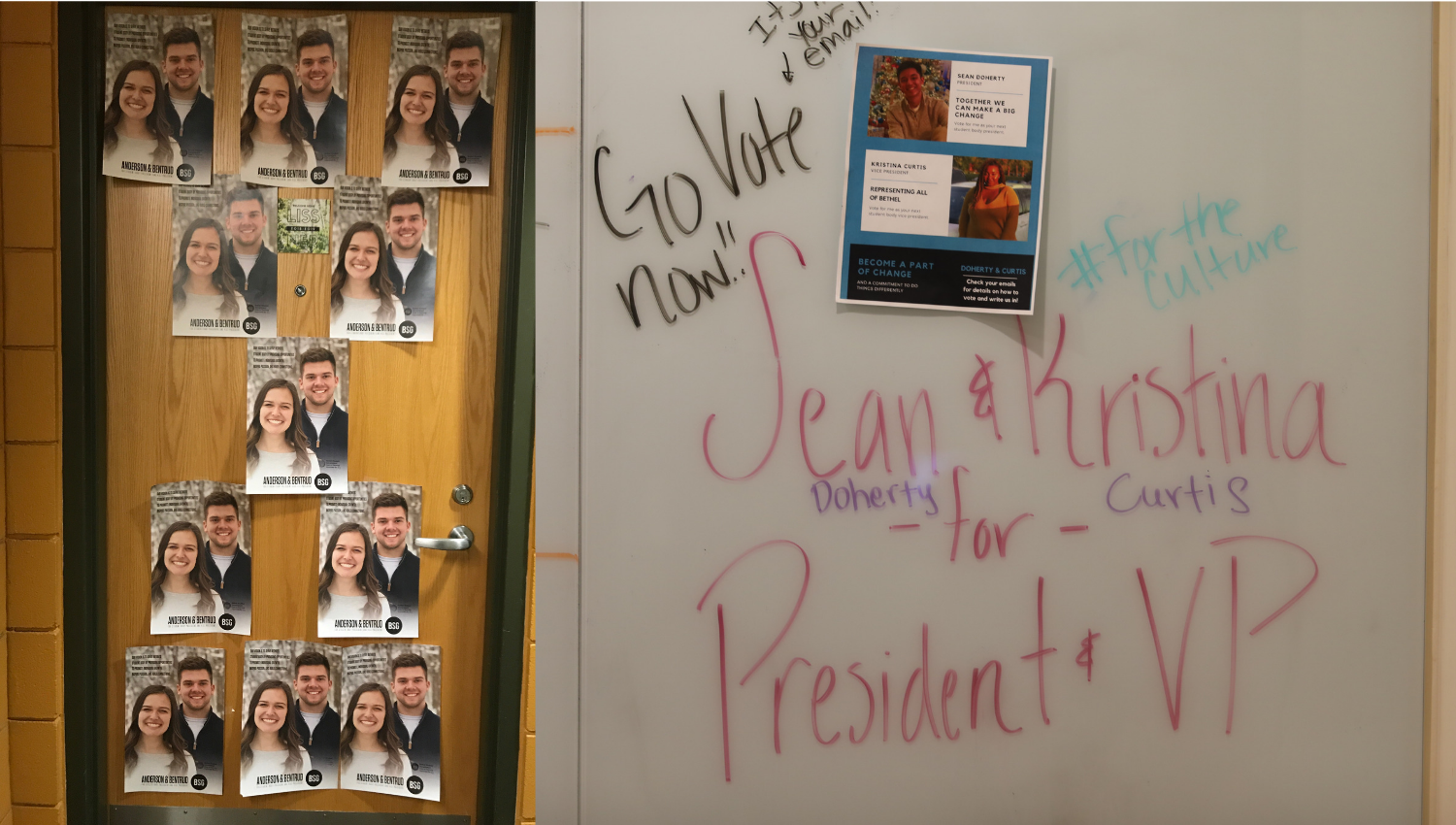 BSG appeals committee investigates discrepancy in GPA requirement for BSG President and Vice President and the late announcement of the opening of applications.

Bethel Student Government student body president and vice president elections were held Feb. 21. Student Body President Kennadie Anderson and Vice President Lucas Bentrud were the only candidates on the ballot, along with an option for write-ins. However, due to some discrepancies between the BSG constitution and the election bylaws, and questions about the timing of the email which announces the opening of the applications, an appeals process will delay the election results, according to the Vice President of Student Life William Washington.

The email informing students about president and vice president applications came out late this year, according to guidelines in the BSG operations manual, which states: “An email should be sent out in the second week of January informing the student body about the upcoming election. Guidelines for running should be included in this email.”

This year, that email was sent Feb. 4, and the application deadline was four days later, on Feb. 8.

That means each of the past two years, candidates had three weeks to get their names on the ballot. This year, they had four days.

Emma Carlson, the director of the elections committee, said the late email was a procedural error breaching the terms of the BSG Operations Manual.

Sean Doherty and Kristina Curtis, president and vice president write-in candidates who wanted their names to be placed on the ballot, are appealing the election process.

According to Carlson, “Kristina Curtis and Sean Doherty are appealing that due to errors in communication to the student body about this year’s elections, students who may have wanted to run for election were not given adequate time to make such a decision. Additionally, they are appealing that mistaken information was given regarding the minimum GPA requirements that made it difficult for them to adequately form and complete a write-in campaign.”

Washington said that the election committee – led by BSG financial officer Emma Carlson – is reviewing which steps to take next.

Washington and Carlson also cited election fraud as part of the investigation. “The software used to manage our elections can track if a student attempts to vote multiple times,” Carlson said. “Any time the software identifies one student has submitted multiple votes, those additional votes are thrown out.  It was discovered in this election that there were hundreds of fraudulent votes submitted.”

An email announcement will be released Friday with updates on the decision process.

Anderson, the incumbent student body president, said that with “the nature of the situation”, she would rather respond by email to questions about the election results and the appeals process. She has not yet responded to The Clarion’s email. Bentrud, the incumbent vice president of BSG, said there has been an appeal and more information will be released Friday.

0 comments on “BSG investigates its own election”