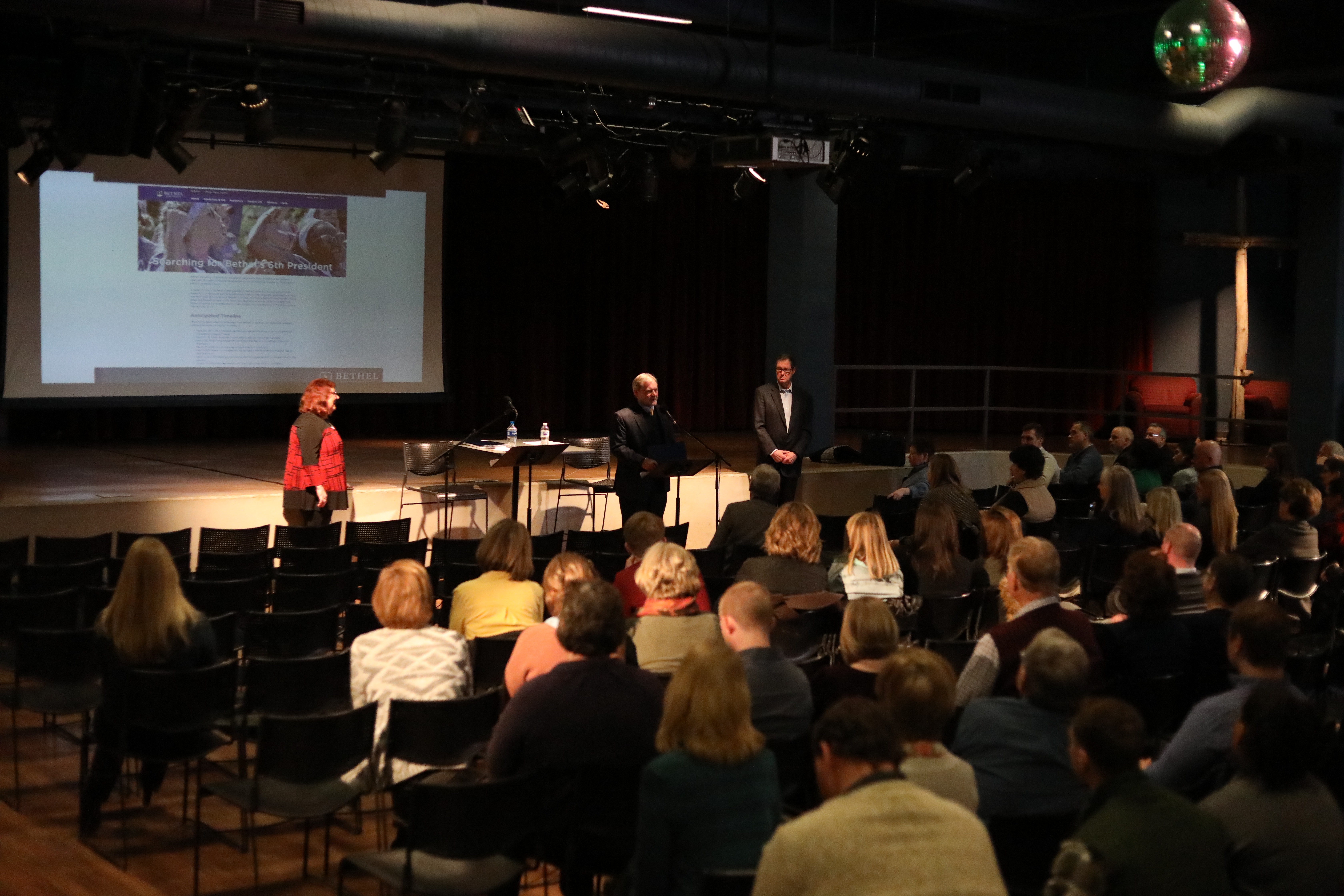 Faculty and administration filed into the Underground Tuesday morning to get an update on the search process for President Jay Barnes’ successor. Barnes announced in a special chapel Feb. 28 his plans to retire in June 2020.

At the gathering, President Barnes spoke about his level of trust in the upcoming search committee.

“I have great confidence in our board of trustees in the way they will guide this search,” he said.

Board of Trustees chair Julie White spoke about the responsibilities of the search committee. She acknowledged that this process of selecting the right candidate will take time.

White also mentioned that search committee chair Jim Green came to her like a gift from God.

“Jim was my answer to prayer,” White said. “When I called him, I was on my knees.”

Green used an analogy relating Bethel’s search process to sequoia trees. As some of the largest organisms on earth, these trees survive harsh winters.

“They grow together,” he said. “Their root structures are in line.”

His message to Bethel was the same.

Green also described the timetable for the search. Nominations for search committee members began today and will be open until March 15. The committee members will then search for presidential candidates from June 10 until Jan. 2020.

Suzi Nelson, an administrative assistant for arts and humanities, said that as the process of finding the next president continues, the younger generation needs to be heard.

“It’s important to listen to the voices of young people,” Nelson said. “I think new ideas and fresh way of looking at things is important.”

Deb Petersen, an administrative assistant in the social work department, wants the future president to be one who stays for a long time.

“You want someone who has longevity in mind and who is a clear leader,” Petersen said.

In the process of moving forward to find Bethel’s sixth president, Green doesn’t want to leave behind the legacy of the fifth.

“Not for a moment are we going to forget Jay Barnes,” he said.

0 comments on “Next step forward”