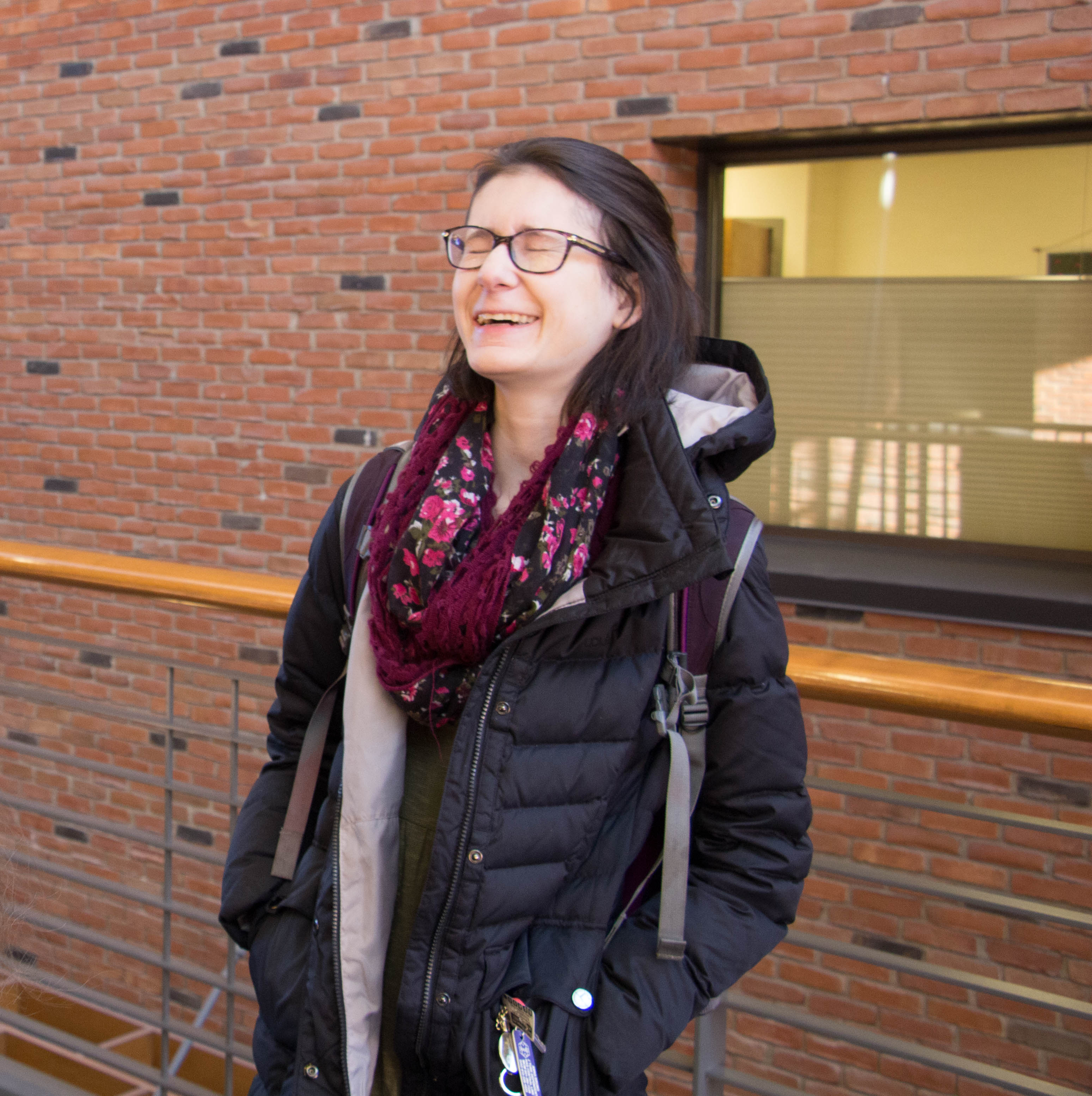 Bethel University freshman uses a rare diagnosis as motivation to become a nurse.

Anna Bruno managed to push off going to the doctor for one more day. She was busy. Tennis, soccer, track, violin and schoolwork all snuck up to the top of her priority list. What was one more day?

A day off from school finally presented Bruno the opportunity to see a doctor. Her mom called to see if her daughter could get in for an appointment they thought would be routine. Sure she was thin, but nothing out of the ordinary. They knew her lack of appetite was concerning, but she had practice — she had school.

That appointment would throw Bruno and her family into a frenzy of searching for answers. “After [the appointment] it was a night and day difference,” Bruno said. “All of a sudden I was in the hospital and my life completely changed.”

Soon after her appointment, Bruno was admitted to Children’s Minneapolis Hospital. Initially, the diagnosis was an eating disorder due to the pattern she experienced of throwing up after she ate or drank anything. So doctors required her to eat, only to watch it all come back up within the hour. After a few weeks of observations, doctors pronounced the eating disorder as a misdiagnosis because she clearly was not “faking it.” Still no answers.

“When Anna first got sick, I told her we would never give up looking for answers,” Anna’s mom Katie Bruno said of her daughter. “It was frustrating seeing nearly every specialist, and none of them were able to provide an effective treatment.”

From there Bruno underwent months of tests in the attempt to solve the mystery of her health. “During that time I kept thinking, ‘Oh I’ll go back to being my normal self,’” Bruno said. “In a couple months we’ll figure it all out and I’ll be back to sports.”

More diagnoses and a trip to Nationwide Hospital in Columbus, Ohio gave the Brunos an answer they had been waiting almost a year for. Rumination Syndrome: or the inability to keep any type of food or drink down. Along with that, she was diagnosed with Autoimmune Autonomic Ganglionopathy (AAG), which causes low blood pressure, low blood sugar, fatigue and nausea. “Just because you have a name for it, doesn’t really change anything,” Bruno said of her two main diagnoses. Answers, but no cure.

Now, three years after her life-changing doctor’s appointment, many diagnoses, three different feeding tubes and port insertion to infuse fluids, Bruno is enrolled in her first semester of classes at Bethel University. Unlike many other Bethel students, the idea of college wasn’t a given.

“It was more because Bethel was close to my house and my brother went here and liked it, but it’s not my dream school,” Bruno said. If it were up to her, she would be out of state and likely majoring in engineering. However, given her circumstances, her choice to pursue nursing came with a deep-rooted desire to pass on what was given to her.

Bruno met a nurse named Laura when she transferred to The University of Minnesota Children’s Hospital in Nov. 2015. Balloons and cards filled her room. So did feeding tubes, ports, beeping machines and medications with unpronounceable names. And so did Laura’s presence. One day with Laura sticks in Bruno’s memory like glue.

“I had already been there a few weeks and they wanted me to be there for at least a month longer,” Bruno said. “So I was like ‘No, I’ve had enough of this.” She wanted to decide for herself. She wanted to get rid of all that had become a part of her new normal. “Take the tubes out,” Bruno said of her feeding tubes. “This is not how it’s meant to be.”

The threat of being moved to a psych ward lingered in the air as Laura came in. She opened up to Bruno and mentioned that she had depression and had gone in and out of psych wards often as a teen.

Some months later, Bruno reentered the hospital. “Where’s Laura?” and “Does she still work here?” were some of the first questions Bruno asked. Their response did not bring the usual feeling of comfort that had come with Laura’s name.

She had taken her life since Bruno’s last stay. “I feel like I need to be a nurse,” Bruno said of the nurse whose encouragement has stayed with her. “She really helped me that day, and I hear that she did that…” Bruno’s words trailed off. “Maybe I’ll help inspire someone years down the road.”

She now attends classes that are preparing her to do what Laura did for her. Her college experience looks much different, though. Bruno recently got her driver’s license and now commutes to school herself from Roseville. She does not have a meal plan and often has to dive into her treasure trove of responses when someone asks if she wants to join them in the dining center. “I have allergies,” or simply “No thanks,” are among the top. She now accepts that school will be harder, but she sees a bigger picture. One more than school and fleeting friendships.

Her sister Monica Bruno described her younger sister as realistic, and “blunt but very kind.” Others who have walked along Bruno describe her as resilient. Her mom notes she showed resilience specifically when she chose to finish high school at the Moundsview Area Learning Center.

Through her diagnosis, Bruno recognizes she may not ever be cured or be able to eat a slice of pizza without having it come back up again. Nevertheless, she recognizes her circumstances could be worse, and continues to push through her tests, infusions, schoolwork and setbacks with hope for her future.

0 comments on “A life without taste”