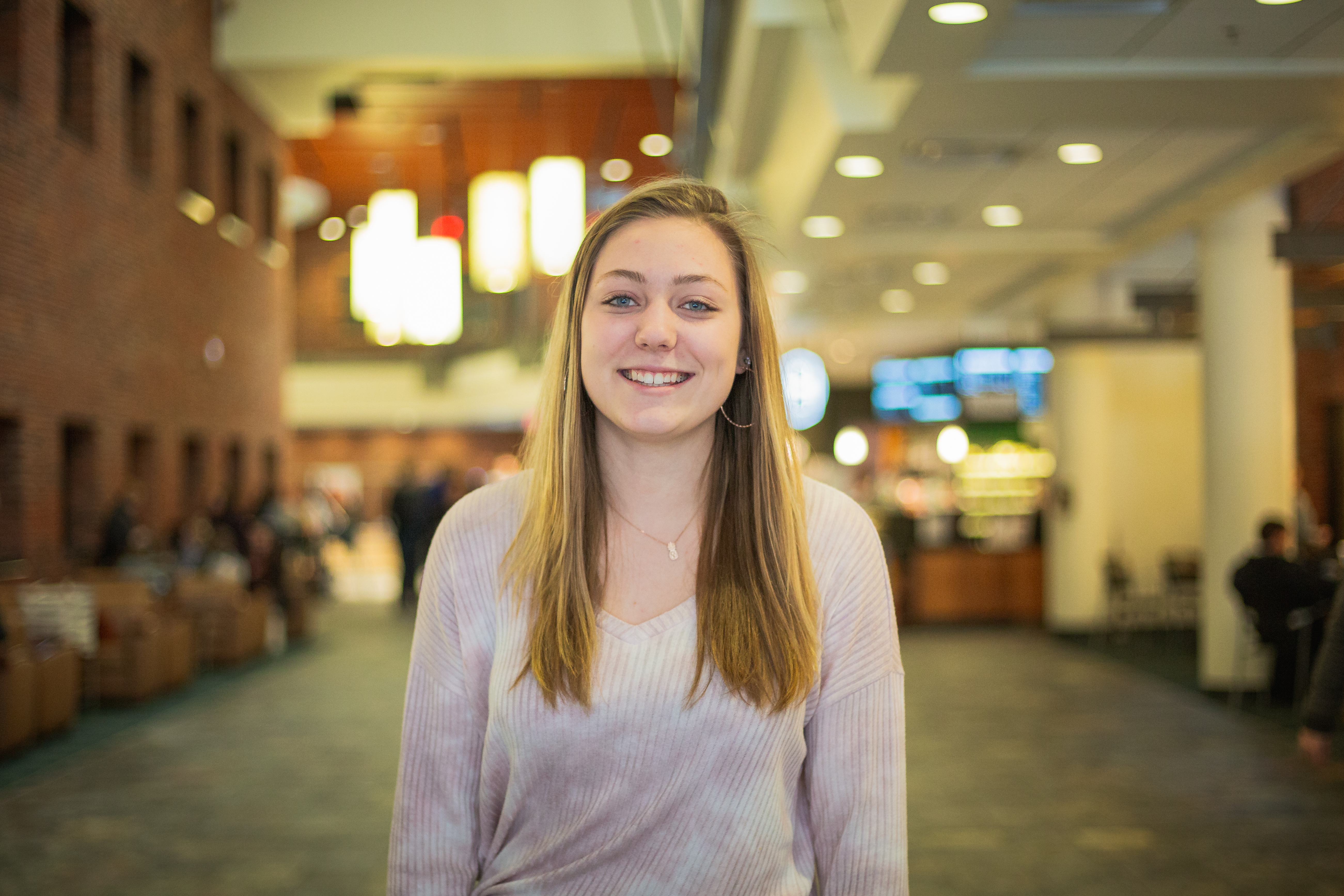 Brittanie Blume dropped two pregnancy tests and a Butterfinger peanut butter cup on the conveyor belt. She teetered in line at the new Dollar General in Grantsburg, WI. Since no one she knew worked there, no one would be in on the secret. She threw the Butterfinger on the conveyor belt as an afterthought. That way, if anyone asked, she could say she went to the store to get some chocolate.

She got into her black 2007 Dodge Charger. Her hands shook as she drove exactly one mile to her house. Her sister was the only one home, and she was asleep on the charcoal couch.

She set her timer for 10 minutes and perched on the edge of the folded-down toilet seat. Her mind was as empty as a church on a Monday morning.

Her iPhone timer reverberated off of the cream bathroom walls with the radar melody.

Her hands tingled as she peeked at the two blue plus signs.

Her boyfriend demanded she get an abortion. She had to decide whether to lose her boyfriend or her baby.

She clutched her stomach and couldn’t fathom getting rid of her unborn child.

This is a story about Brittanie Blume and her determination to defy the odds of being a teenage mother and make a life worth living for her daughter and herself.

Blume drives one hour and 10 minutes to school for her four Monday, Wednesday, and Friday classes. The drive is usually filled with audio textbooks to “kill two birds with one stone.” Blume calls this, along with working out three days a week, her “me time.”

She does her homework during her break from 9:50 a.m. to 12:30 p.m. and attempts to tackle it all during those two hours and 40 minutes. Whenever she gets sidetracked, she thinks about how it will effect Adelynn.

“Being a mom first … that’s my first priority in everything I do,” Blume said.

“I see how much she loves her little girl and it inspires me to find that kind of love,” Labatt said. “Ever since she had Addy, Britt’s whole life has been about her baby and I think that with every decision Britt makes, she thinks about how it will affect Adelynn.”

Blume has made heartbreaking decisions for her daughter.

Like the time she brought Adelynn to the Emergency Room at 11 p.m. because her acid reflux caused choking sounds. The doctor told her it was normal, but Blume wasn’t satisfied with that answer. She took an ambulance to Children’s Hospital at 2 a.m. because of Adelynn’s episode.

“There wasn’t anything I could do to help her,” Blume said.

Blume slept two hours during that 40-hour timeframe. She refused to leave until the hospital put her in an acid reflux class to spell out how to deal with the episodes and clarify preventative measures.

Blume forfeited the rest of her teenage years for the sake of her daughter.

Her social life has been diminished to going out with friends every other weekend for an hour or two at a time.

“She sacrifices hanging out with friends because she wants to spend time with [Addy],” Brittanie’s mother, Shannon Blume, said.

85 percent of her paychecks go towards Adelynn while the other 15 percent is used to buy food for her family. Blume’s mom admires her selflessness for Adelynn as she buys necessities for her daughter without other support.

“This baby will be used to glorify God,” Blume said.

It started from a one-dollar pregnancy test that turned into a priceless gift.

Now she goes to Dollar General with Adelynn on her right hip. She drops baby formula on the conveyor belt and is proud of the little family they’re becoming.