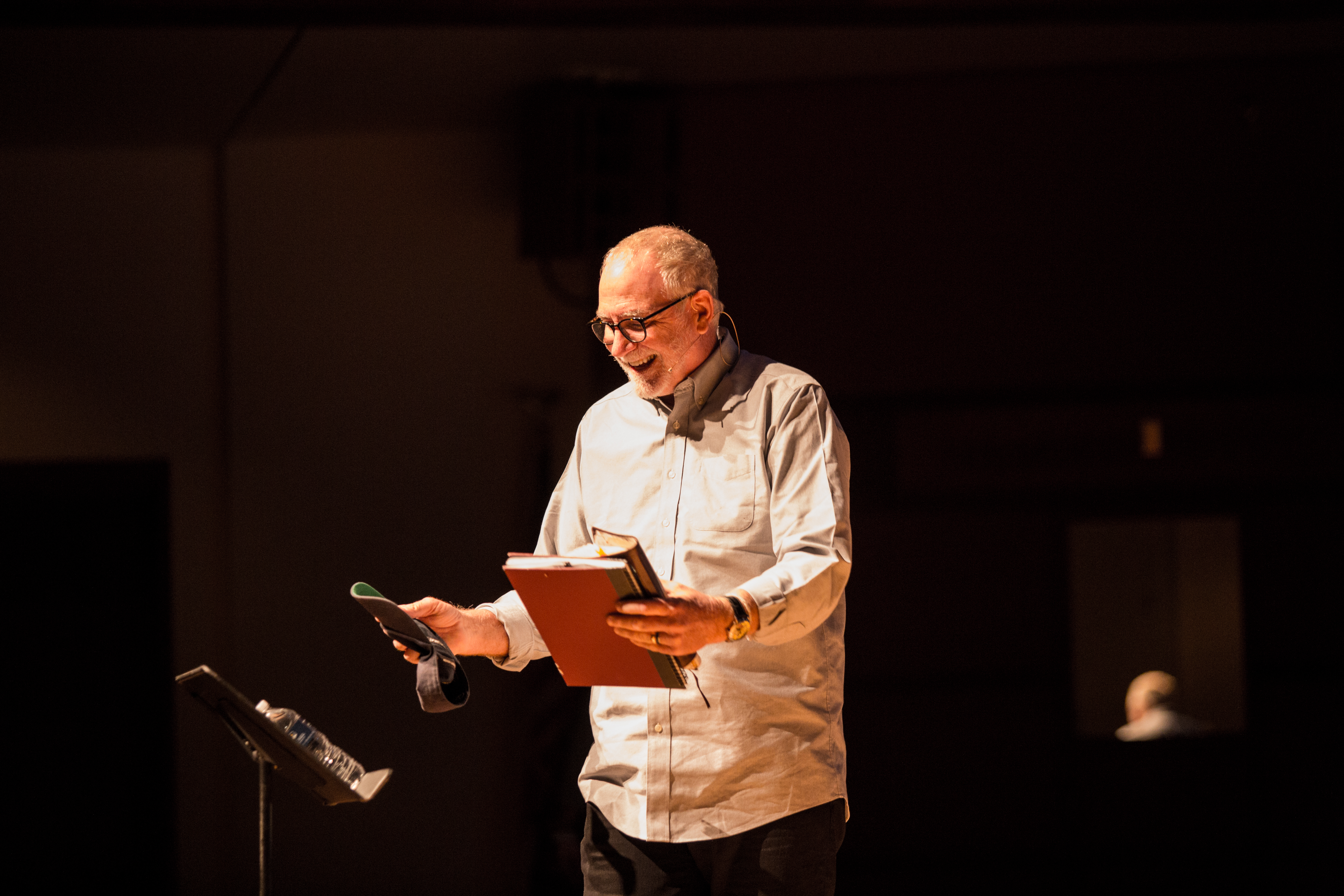 Crowds of excited students gathered in front of Benson Great Hall almost an hour before chapel was scheduled to begin Friday morning, clutching copies of Bob Goff’s New York Times bestselling book Love Does and hoping to get as close as they could to the author and speaker known for his goofy smile and infectious laugh.

Goff walked on stage wearing his iconic Red Sox cap and a mood ring on his finger, speaking to a packed audience about the importance of authenticity. Minutes later when his cell phone rang, he tossed it into the crowd, asking a student to turn it off as he yelled out the passcode.

Goff challenged the audience to take genuine interest in people, including enemies and the people who “creep you out.”

“We are not going to be singing Chris Tomlin songs in heaven,” he said. “We are going to talk about hungry people, thirsty people, sick people, strange people, naked people and people in jail.”

Goff recounted the time he bought 50 In-N-Out burgers and drove around San Diego. When he met hungry people, he would give them a burger.

He explained that he’s not writing his books exclusively for pastors or churchgoers, but for the guy at the tire store who is far away from faith. That, he argued, is what following Jesus is about.

“The idea today that God has a plan and all you have to do is love people, and that God’s going to work in spite of what you do… for me that was just a big takeaway,” junior Hannah Harriman said.

Chapel was followed by a Q&A session moderated by Pastor Laurel Bunker. Students formed a line that snaked across the auditorium, waiting for a photo and an autograph. Goff’s authenticity revealed itself as he engulfed students in bear hugs with a grin on his face.

His hope for Bethel students is that they can strive to find their identity amidst a changing world. Known for putting his personal cell phone number in the back of all of his books, Goff wants every person to have a sense of belonging in the community they find themselves in.

“I hope that the students would feel motivated to be the most authentic version of themselves,” he said. “We don’t need to be like everybody else, just figure out who God is making you to be, and then just be that person.”