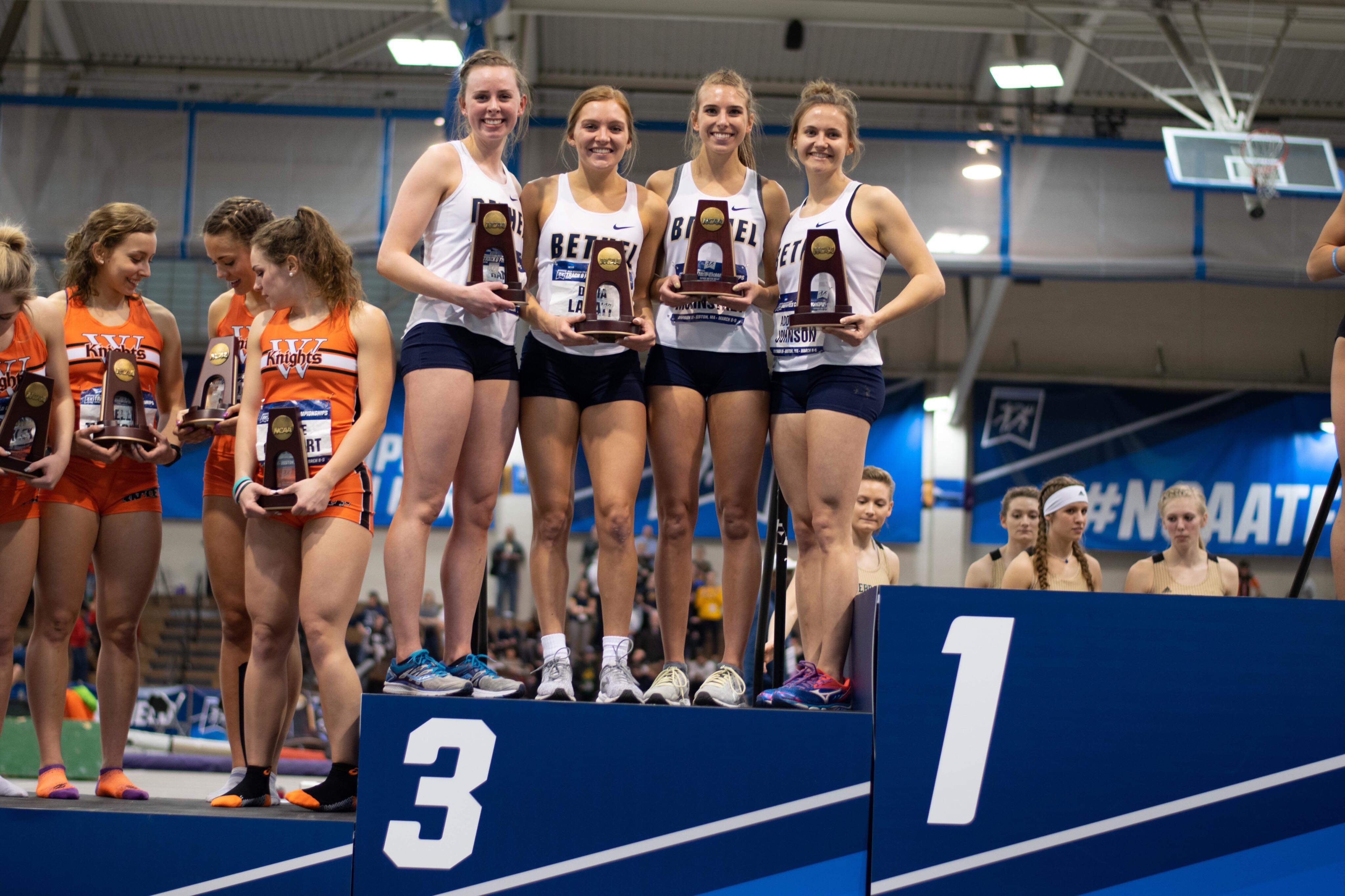 Run, run and keep running. This was the only thing going through the mind of the Men’s 4×400 team for Bethel this weekend as they finished second in the preliminary round of the 4×400 event at the NCAA indoor track and field Championship in Boston.

The preliminary race was close and saw the Royals team finishing .42 seconds behind the first place team Washington university and .08 seconds ahead of the third place team La Crosse Wisconsin. They then went into the final round ready to show what they had.

The Royals ran in the finals for the 4×400 and finished fifth. The team was lead by senior Carl Klamms fastest leg of the race at 47.785 seconds. They also had juniors Shawn Monroe, and Isaac Erickson, and freshman Nolan Metz.

“Coming out of it we were never disappointed in getting 5th,” Monroe said, “Some initial thoughts of we could of done better came around, but in the end Christ is the judge.”

This wasn’t the only event that Klamm was in over the weekend he also ran in the men’s 400 meter event and finished fifth in the final for that race as well.

Both teams this season have seen impact from all of the classes not just juniors and seniors. We saw on both 4×400 teams that freshman, like Nolan Metz and sophomore athletes, like Hannah Sankey have been contributing in major ways.

“We have quite a few freshman that are making an impact for the program already,” coach Andrew Rock said, “I am very pleased with the classes adjustment to college track and looking forward to their continued impact on our programs.”

The Royals indoor season is now over and the team will not have another meet until the Hamline invitational on April 6th when the outdoor season begins.