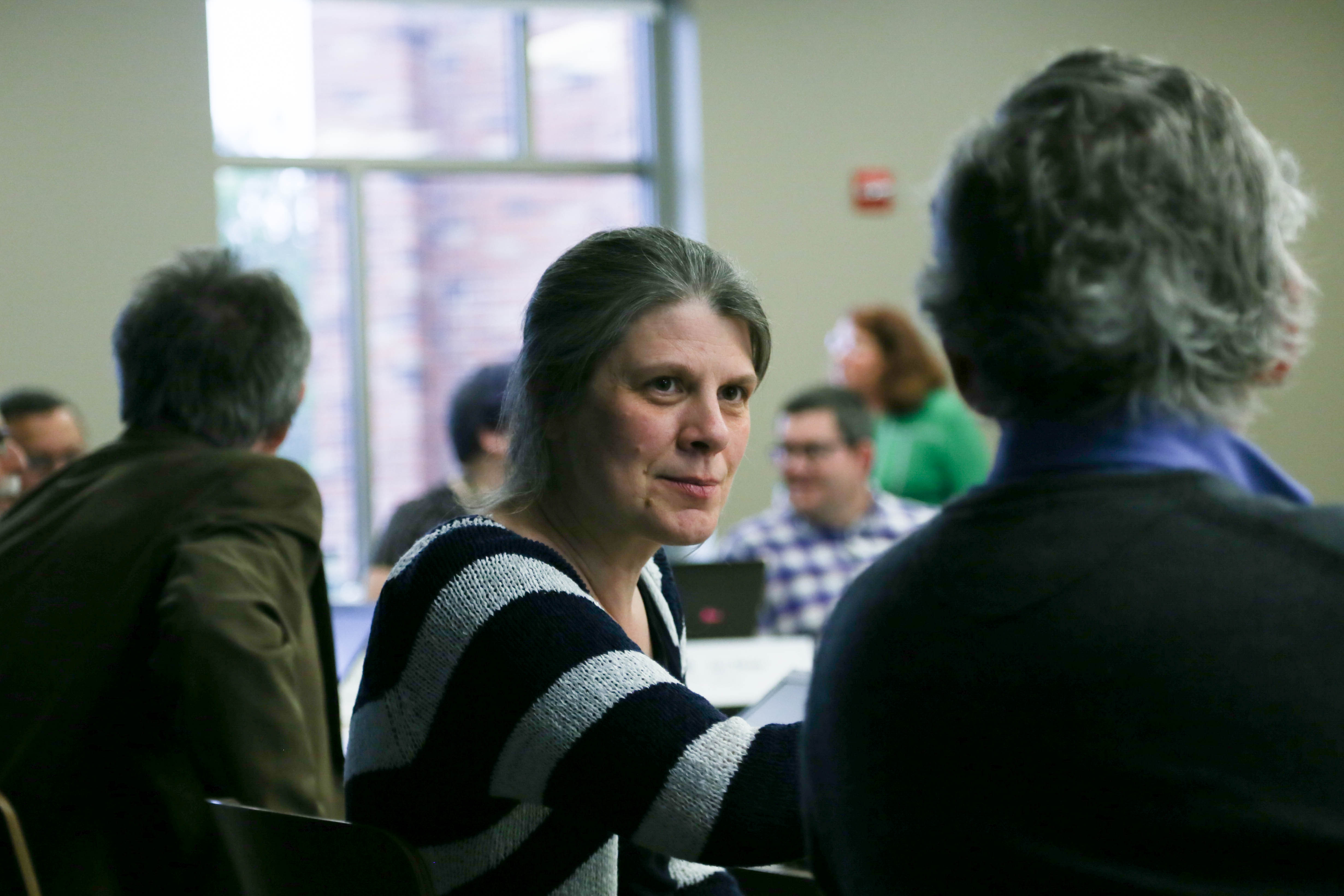 Inside a conference room on the fourth floor of the Brushaber Commons, a faculty senate meeting took place on a rainy Wednesday afternoon. The emphasis of the conversation was updates on the presidential search process.

The meeting opened with philosophy professor Sara Shady praying for the Bethel community to unite during this transition from President Jay Barnes to the university’s sixth president. With the presidential search committee members finalized, committee chair Jim Green along with fellow committee member Julie White led the discussion with the faculty.

Green began by reiterating that the timeline is on schedule to begin searching for candidates in the middle of June and will run until the middle of January. The goal of the committee between now and mid-June, Green said, is to develop a presidential profile that lays out qualifications for the candidates. He also said that the committee is looking to promote the opening in the community for more potential nominees.

“We’ll make sure to have a large pool of strong candidates,” Green said.

The conversation pivoted to the necessary qualities of the future president. White said that one “gotta-have” in the next Bethel president needs to be an affirmation of Bethel’s identity.

“The one gotta-have [quality] is a demonstrative and articulated commitment and support of who we say we are theologically as described in our affirmation of faith…and is a role model to others and is someone who holds us accountable,” White said.

The top priority in the process of finding the university’s next leader, for both Green and White, is centered around theological commitment. “That’s non-negotiable,” White said.

Halfway into the meeting, Green and White fielded questions that faculty members had about the search process, and the first question Green asked to them was simple: “What do you love about Bethel?”

Biblical and theological studies and missional ministries professor Erik Leafblad talked about his transition from being a former Bethel student to becoming a faculty member and having 60-or-so family members come through Bethel’s doors.

He added that in a time of potential worry for the future of the university, trusting in the Holy Spirit leads to peace.

“God’s spirit leads us into the future and that is not a cause for anxiety,” he said. “It’s a cause for freedom.”

Another question that Green posed to the faculty surrounded the challenges the university faces today. Business professor Leo Gabriel said that the issue of diversity is a concern for Bethel. He added that even though the university has come a long way from when he started here, it still has a long way to go.

“I hope it’s on the radar for whoever becomes our next president,” Gabriel said. “It has to be.”

Green said that over the next three weeks, he will oversee more than 150 listening session around the topic of the presidential search. During this time period and until the sixth president of Bethel begins his or her first term, Green said he will hold tight to the Lord’s strength and prayer.

For anyone in the community who wants to be engaged in this transition, Green’s response was simple. “Well, pray.”