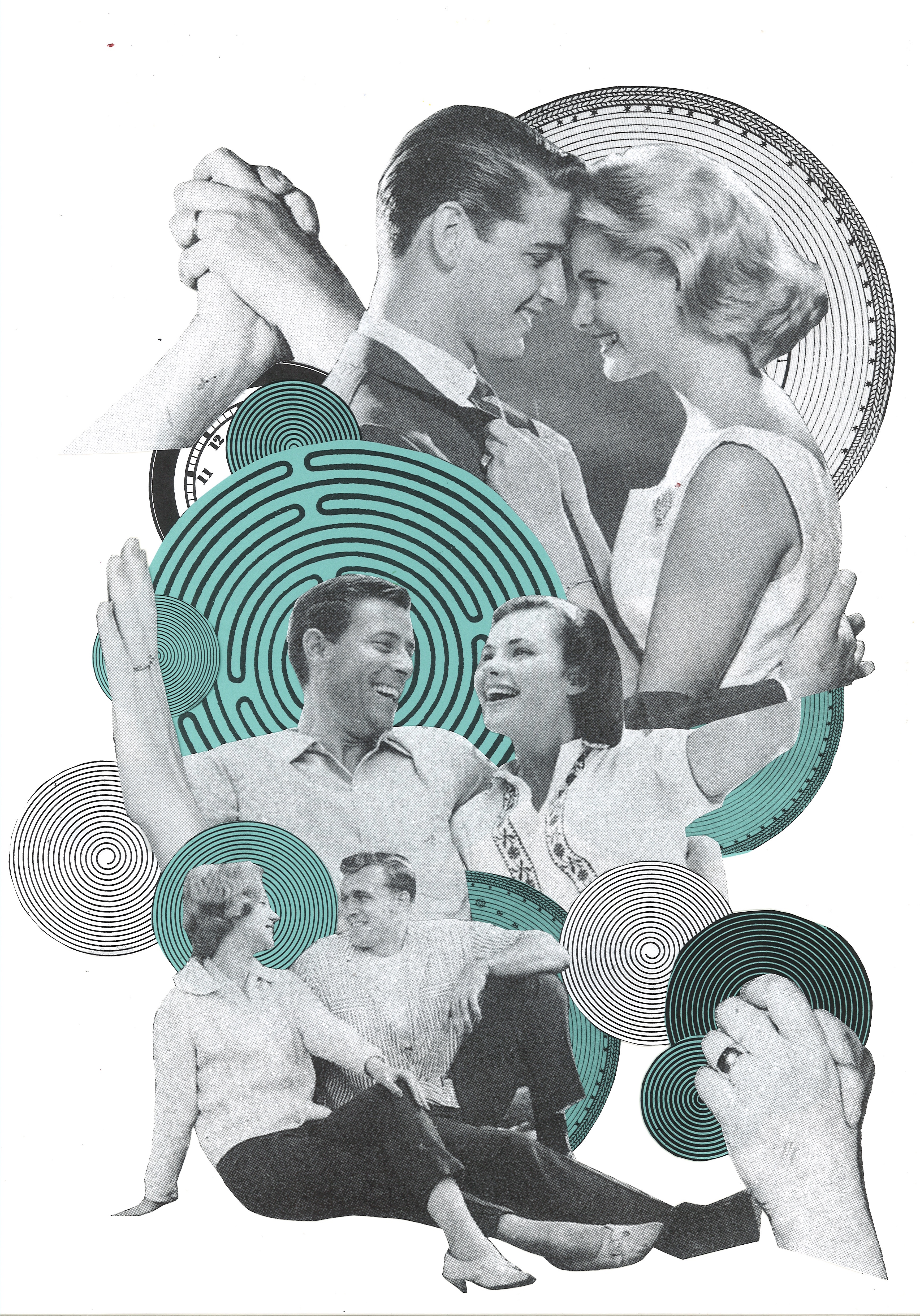 Ring by spring culture is reminiscent of the 1950s.

Graduation in May. Wedding next February. Then, life. This is the timeline for seniors Tim Rockford and Marisa Griner.

The couple met while working for Student Ministries.

“I had to talk to like five people to see if it [dating] was okay,” Rockford said, since he was the Director of Student Ministries.

They got engaged after dating for one year and three months. Rockford, 21, and Griner, 22, are getting married much earlier than the average age of marriage in the United States: 28.8.

From the outside looking in, the two are taking a huge leap. But from Bethel’s perspective, getting married young is nothing new, as Bethel currently has its highest-ever number of married students enrolled. Nationally, 5.7 percent of women and 4.6 percent of men are married by the time they’re 22 years old, according to the American Community Survey.

Despite the significantly high percentage of married couples on campus, Bethel graduates show lower divorce rates than the national average. Married people who graduated from Bethel five years ago have a zero percent divorce rate, while 10-year grads have a divorce rate just over one percent according to a recent survey of Bethel alumni conducted by Bethel and the Coalition for Christian Colleges and Universities. The national divorce rate for people between the ages of 25 and 39 is 24 percent, according to Pew Research.

While Griner and Rockford have felt their share of fear about marrying young, they don’t think it’s any different than if they were to marry several years from now.

Griner remembers feeling the pressure of finding a husband during her freshman year.

“When you’re living on a floor with 24 girls who are freshmen, a lot of the conversations revolve around boys. Almost all the girls feel it. A lot of friends still feel that pressure,” Griner said.

Rockford said he never felt the pressure himself, but many of his floormates freshman year have felt pressured to enter a serious relationship while in college.

“It seemed so normal because people here [at Bethel] told us it was normal,” Hensley said.

At times Hensley was ashamed of her singleness. She walked around campus wondering why no guy looked at her the same way she saw them looking at her friends. The question, “What are you doing after you graduate?” became a source of dread. Not because she doesn’t have a job lined up or money saved, but because it lead to the next question. “Did you find that special someone at Bethel?” As if she didn’t already feel that pressure enough from herself. Hensley said she resigned herself to ending up alone and dying in a hole somewhere.

Even after coming back from Spain, Hensley would find herself trapped in a negative thought process. The lie came in thinking that dating was the only option. Something in the Bethel air had this pressure around it, whether intentional or not. “Those attacks on your identity and who you are just crack the foundation. Then it’s hard. Nothing can be built on a cracked foundation. Which is so hard because those lies [said] repeatedly can sound believable,” Hensley said.

The ring by spring culture is largely a joke, but the sentiment gets embedded in students’ heads. This behavior is nothing new. Dan Yim, department chair of the philosophy department and professor of the class Philosophies of Love and Sex, draws the connection between dating at Bethel and dating during the 1950s.

“What’s still attractive about that model [from the 1950s] is that the idea of college partly functioning not just for education but for mate finding. Because it [college] is a contained environment where you’re gonna find people of desirable demographics,” Yim said. “College functioned as the eharmony.com of that time.”

In the 1950s, men went to college to get jobs. Women went to college to get a husband. That type of dating was feasible in that time. In 1950, the median age to get married was 22.8 for men and 20.3 for women, according to the U.S. Census Bureau. A middle-class family didn’t need both partners working, so one stayed home and the other brought in the cash. A man and a woman would get engaged and then the woman would drop out of school. There was no sense in paying for an education that wouldn’t be used.

As she nears the end of her time at Bethel, Hensley has leaned into her faith to get past the pressures of dating. “It’s seeing myself as God already sees me. And that’s something I’ve even been learning this year is like God, God desires me. You know, I don’t have to look to a guy for that because the God of the universe gets butterflies in his stomach when I walk in a room, and his eyes light up,” she said.