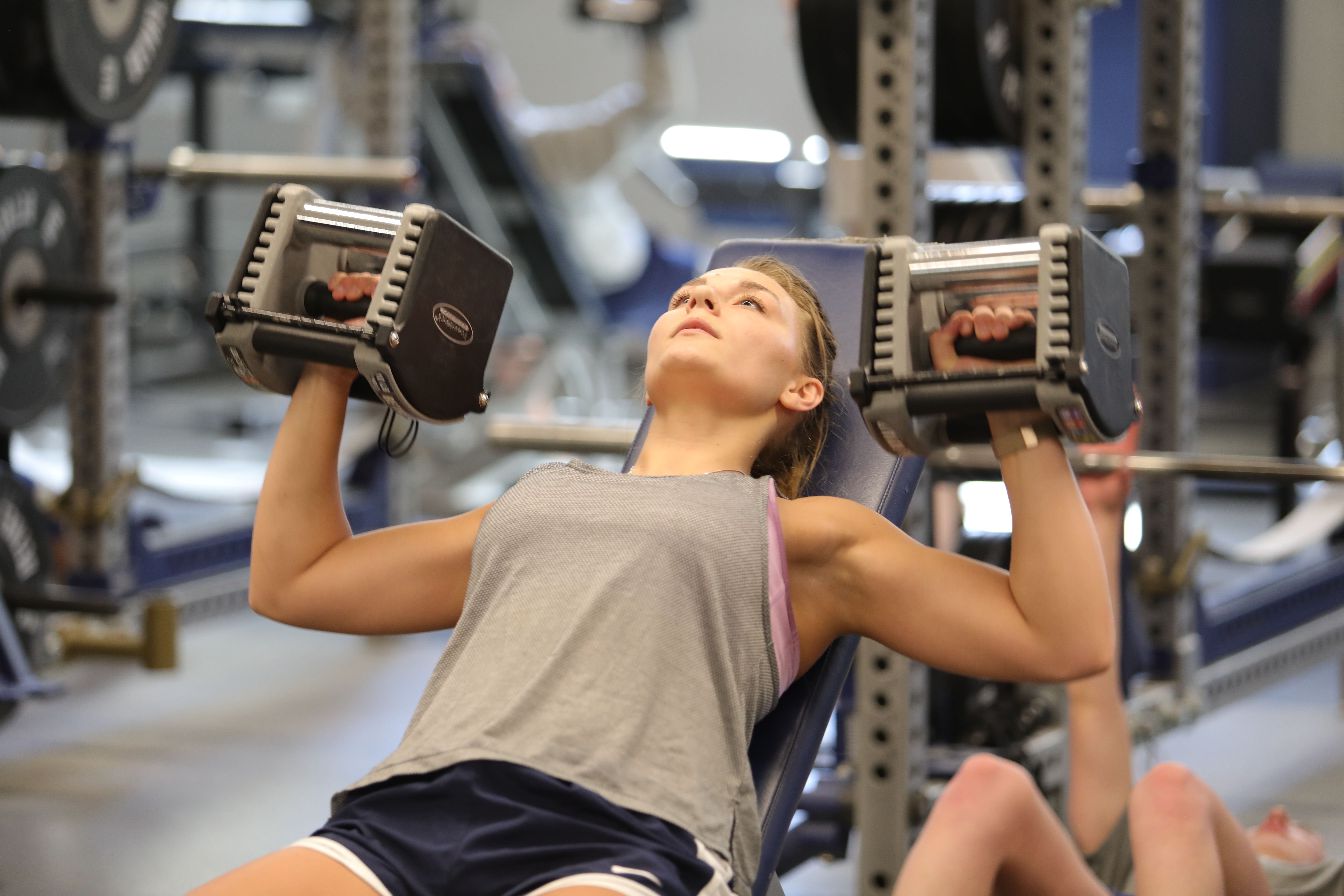 Amid administrative changes, Bethel is transitioning its program into the graduate school, creating mixed emotions on campus.

Since 2001, Bethel University has been one of two schools in the MIAC to offer athletic training as a degree, along with Gustavus Adolphus. But recently, administration is making some changes to the academic process of the curriculum that has existed in the undergrad school since its inception 18 years ago.

The approved changes, made by CAATE (Commission on Accreditation of Athletic Training Education), is causing administration at Bethel to change the educational requirement for students to now be taught athletic training at the graduate school only. That is consistent with any school in the country that previously offered an undergrad program in athletic training.

According to associate provost Dr. Deb Sullivan-Trainor, this means that athletic training students at Bethel are going to be given the “3-2” academic setup. The first three years of their education will be at the undergrad level, receiving a B.A. in biokinetics, and then two years of studies at the graduate school to receive a M.S. in athletic training.

Per the academic catalog, “the last cohort of undergraduate students eligible to apply to the undergraduate athletic training program will be those meeting the application requirements Fall 2018.” Therefore, after the graduating class of 2021 departs, all undergraduate curriculum will be moved to the graduate school.

Sullivan-Trainor said she had many conversations with department chairs and other administrators within the biokinetics and athletic training departments and said that it was a difficult task to organize a change in how curriculum is being taught.

“It’s a complicated process,” she said. “It is a huge shift in how we do things.”

Another element of this change is the responsibility of the athletic trainers for the Bethel sports teams.

All but one of the current athletic trainers for Bethel’s athletics are going to be moved to a faculty-only position, separate from working with a sports team.

“It has always been complicated to have faculty also serve as athletic trainers,” Sullivan-Trainor said.

However, some athletes who have worked with these athletic trainers during their collegiate careers at Bethel are upset to see them depart.

Sophomore Sydnee Hanson is a member of the women’s hockey team and has attended Bethel since last spring after transferring from St. Thomas. As soon as she arrived, she immediately formed a bond with her athletic trainer, Jamie Dolieslager. Dolieslager has been informed that her time working with the hockey team has come to an end, after serving 20 years and being the only athletic trainer the program has ever had.

“Jaime has been one of the most influential people at Bethel,” Hanson said. “She just cares about us all around as people…not only on the ice but off the ice.”

From cooking treats and bringing them to the rink, to saying hello in the hallways, to giving life advice, Hanson saw Dolieslager embrace a role that went past being an athletic trainer.

For example, when forward Bri Stafne went down in the penultimate game of the season with a concussion, Dolieslager checked up on Stafne even after the season ended, to see how she was recovering and if she needed anything.

“She would text or call me nearly every day to check in and based on how I was feeling, possibly give me some remedies to try to subside some of the symptoms,” Stafne said. “She also stepped up when I was struggling with classes to advocate for me to receive help from disability services in order that I can continue to succeed.”

Since Stafne’s hometown is two-and-a-half hours away from campus, she really felt a mother-like bond between herself and Dolieslager.

“She was one of the few people who understood what I was going through and made every effort she possibly could to make sure I was receiving the best help and care, while also making sure I was still doing my best in classes,” Stafne said.

Now, as the transition begins towards a new athletic trainer for Hanson, Stafne, and the women’s hockey team, Hanson will make sure to remember all that Dolieslager did for her and her teammates.

“It’s going to be really different,” she said. “I don’t want to think about next year without her.”

The challenges of having the trainers also be faculty, according the Sullivan-Trainor, revolve around the time commitments of those respective roles. She sees the opportunity, now with just designated athletic trainers, for more time spent with athletes, since the staff members don’t have teaching responsibilities.

“The great thing about having athletic training staff who are not teaching is that they will be available in the training room, which should help students work around their class time,” she said.

The outgoing athletic trainers will officially move to the graduate school the beginning of August and Sullivan-Trainor said that the university hopes to hire a full athletic training staff by the fall of this year.

Along with Hanson, junior Taite Anderson, a forward on the women’s basketball team, has grown a deep bond with team athletic trainer Greta Schutte.

“Greta is so much more than our team’s athletic trainer,” Anderson said. “The relationship and friendship I’ve formed is something that could never be replaced.”

Anderson also said that along with investing physically in the athletes, she challenged the team spiritually.

“I’ve never felt so taken care of by someone other than my parents,” she said.

Schutte, the athletic trainer for both men’s and women’s golf, cross country, softball and women’s basketball, is someone who will be directly affected by these changes.

After 16 years of clinical experience, Schutte has been relieved of her duties in service of those sports teams, and has been told she is going to teach dually in both the undergraduate and graduate school. However, when the last class of students leave the undergrad portion of their education in two years, Schutte’s position will be cut entirely.

Looking back on her time in the program, Schutte takes pride in the tight-knit environment that the program has instilled.

“The longevity of the athletic training faculty at BU that services athletics is rare. I don’t know anywhere else that has the collective clinical experience as well as the current teaching knowledge to serve the students in the AT [Athletic Training] program to the degree that Bethel does,” Schutte said. “It is something very special.”

One athletic trainer and professor, who chose to remain anonymous, feels that the level of care for Bethel’s athletes will be in jeopardy with this recent change. “I’m disappointed for our athletes who deserve the best care,” the athletic trainer said.

For those in the athletic training department, the bond between faculty and students is part of what makes the unique program so special.

Shih, a junior athletic training major, said he spends 16 hours a week on clinical work, not to mention every class he has is dedicated to his major.

One of the best parts, for Shih, are the bonds that he has created with colleagues and athletes.“The coolest part of athletic training is you get to build relationships with the team,” Shih said. “And my professors are very intelligent and caring people.”

Senior athletic training major Sarina Goos originally came to Bethel as a biokinetics major, wanting to go into physical therapy. But as soon as she began her collegiate hockey career, she met Dolieslager, her first athletic trainer, and became drawn to the field of athletic training.

She also had the chance to work with men’s soccer and have Schutte as her preceptor, a certified professional who teaches and evaluates students in a clinical setting. Goos said that she chose to work with the 16 years of experience from Schutte.

“I knew I would get the best education if I worked with her [Schutte],” Goos said.

She also added that she doesn’t think that having faculty serve as both professors and athletic trainers is a problem.

“I don’t think they [the faculty] have missed out on either piece the academic side or the clinical side,” Goos said. “I don’t know if you would ever find people like that who care that much about the program.”

“The model we have used in the past, where people wear dual hats, allows for faculty to be up-to-date and those qualifications trickle down into the care of athletes,” the anonymous athletic trainer said. “We provide the best clinical care because we have up-to-date information.”

As a soon-to-be graduate of the athletic training program, Goos is saddened by the recent changes made in the department.

“That [faculty teaching and serving] is what drew me to athletic training instead of biokinetics,” she said. “I think that’s what makes Bethel unique.”

Another athletic training student-athlete, Jill Weinzettel, appreciates learning from an educator who practices what she teaches.

“Being able to work with a talented preceptor like Greta [Schutte] on a rotation, while also having her as a professor, has been the most meaningful educational experience I’ve ever had,” she said. “To think about the athletic training program with her just feels like a mistake.”

Junior athletic training major Caleb Foster views the departmental changes to be a future-oriented decision that will lead to success down the road.

“Long term, I think it [the administrative changes] will be a beneficial move,” Foster said. “The program has to think long-term to be successful.”

With all aspects of the program taken into consideration, Sullivan-Trainor understands that it is not an easy decision to make.

“It is always difficult to make those kinds of decisions,” she said. “But we knew we needed to make the transition.”

As a coach, Hunt understands that some athletes will be upset that their athletic trainer is going to leave them, but ultimately trusts the decision that is being made.

“I’m sure if changes happen, some students will be sad about their person. That’s not something to be dismissive of,” Hunt said. “But, big picture, I think people will develop strong relationships with whoever their new person is. I would trust whatever they [the administration] decide.”