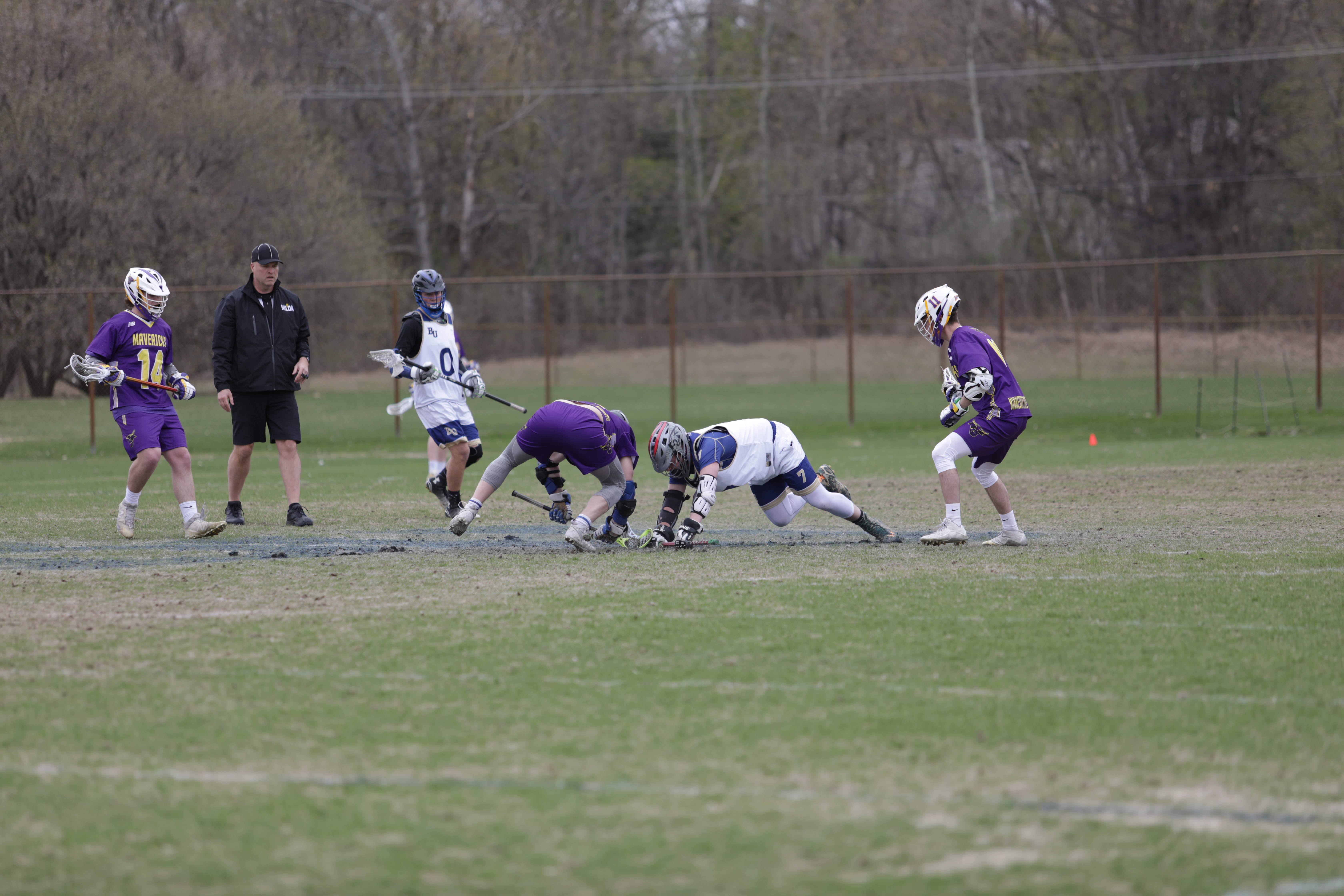 The Bethel Club Lacrosse team is making a splash but many do not know about them on campus.

On a beat-up Bose speaker, Old Town Road by Lil Nas X feat. Billy Ray Cyrus is blasting through the SRC. “One more, one more,” Kyle Ramsey yells calling for the ball during warmups. The sound of sneakers on blue clay courts. The smell of sweaty gear in the air. Lacrosse balls zinging into the blue net surrounding the court, their makeshift field. Players stretching and taking shots in their collection of high school, college, and summer camp practice jerseys. Sitting at one end is a single lacrosse net. This is practice for the Bethel men’s club lacrosse team.

“The team has been around Bethel since the early 2000s,” junior captain Chase Larson said. “But really the last couple of years we’ve grown.”

Tim Clementson is doing research on the impacts that an NCAA team will have on Bethel from enrollment to tuition. Kyle Ramsey runs social media for the team. The team also has two USA Lacrosse certified coaches who play and help develop players who are new to lacrosse. The team captains help set up games and run practices.

The team wants students who are interested in lacrosse to think about joining even if they have never played. “We have the right guys,” Larson said. “We can teach fundamentals, we can teach more skilled moves and game applications and we’re also willing to let those guys play right away.”

The team wants to spread the word and get the younger generations at Bethel excited about lacrosse.

“Hopefully they’ll reach out and we’ll be here with open arms,” Palmer said.

Practices take place at the SRC every Tuesday and Thursday night at 9:30. The team runs one-on-one and defensive drills, preparing for the first games hosted by the club in recent memory.

Lacing up running shoes. Velcroing elbow pads. With music playing throughout the gym two players line up and get ready to run a one-on-one defensive drill. Another players throws the ball to one of them and their off. Running for the goal hoping to make a move that will make the defender stumble and the other players on the team laugh. Its 10:20 on a Thursday night and everyone in the gym is playing because they love the sport.

0 comments on “A team of many jerseys”