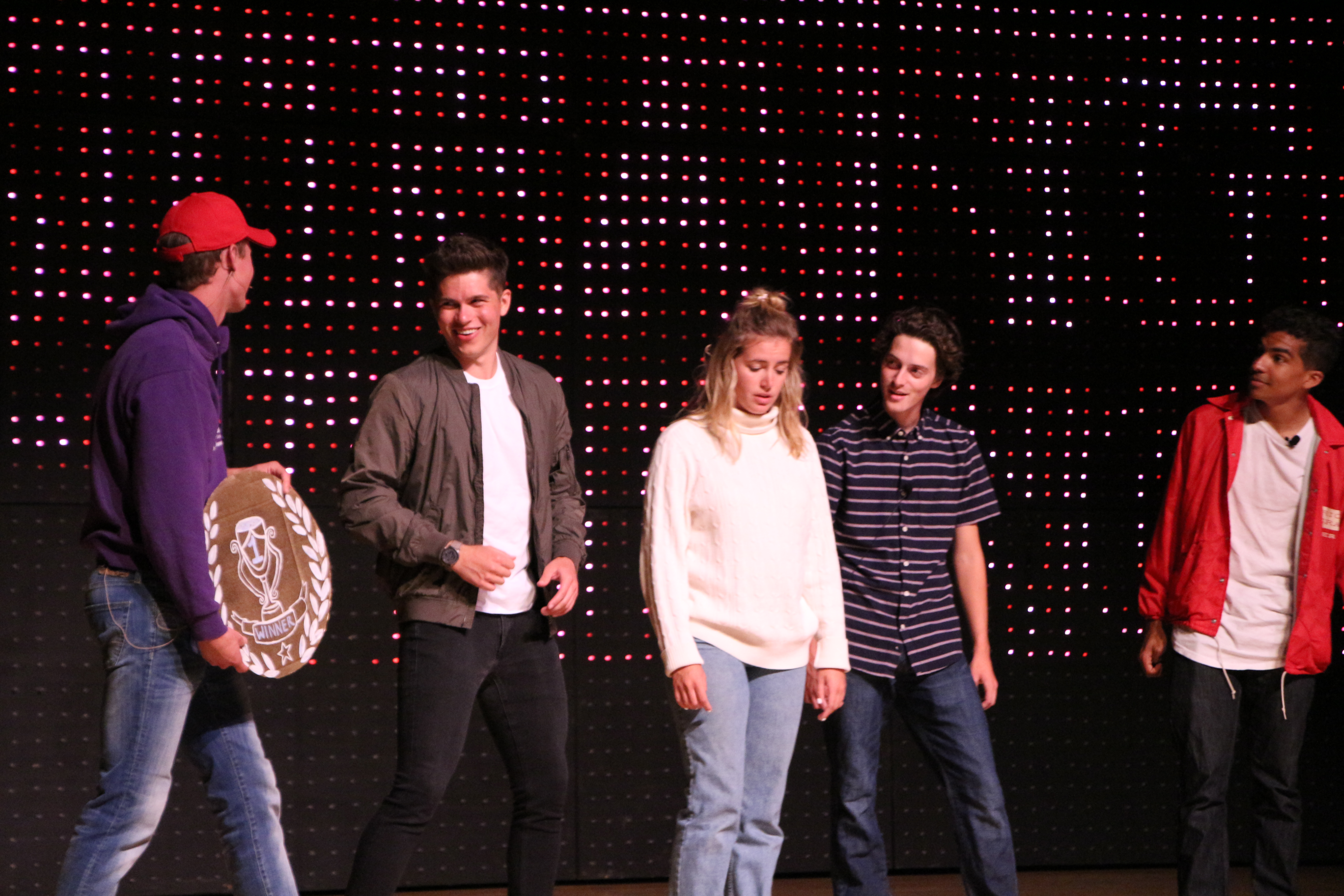 Get a behind-the-scenes look at what it takes to pull off the longstanding Welcome Week favorite.

Junior Madelyn Maas kept her eyes on the stage in Benson Great Hall as ponytails flew in the air and sneakers squeaked on the linoleum floor Tuesday night. Minutes before, the 94 Welcome Week students made the hike to Benson in a pack that resembled a football team heading to Royal Stadium for a big game. Backpacks and hoodies were soon carelessly strewn across rows of vacant seats as students began a nearly 3-hour practice.

Each year at the end of Welcome Week, incoming freshmen and returning students alike look forward to The Show, a tradition that introduces freshmen to the quirks and ongoing jokes unique to Bethel through original dances and skits. Entire freshmen floors can often be seen camping out hours before the show even begins to snag front row seats, chowing down on Domino’s pizza and playing card games.

This year, Maas is in charge of the entire production, and she says her committee has been working hard on content for The Show since mid-April – writing scripts, getting props ready, organizing costumes and casting actors.

“Okay, guys, let’s start,” Maas said after tying her long curly red hair into a loose bun. The first dance number just ended and clusters of chattering students immediately formed onstage. Despite the long practices, groups of students filed out for a break with smiles plastered on their faces while others broke out in belly laughs while practicing skits and dance numbers in the Community Life Center. “Okay guys, let’s start!” Maas repeated two minutes later.

Still memorizing the script, students read lines off their iPhones during the skits, their voices echoing throughout the empty auditorium. Stage manager Alicia Siira helped Maas rotate between the four skits, and said students have been filming videos on campus throughout the week on top of practices.

“People are giving up parts of their break and staying after to be a part of these things,” Siira said.

By nearly 10 p.m., their break is almost over. Red solo cups filled with liters of soda and a rainbow of Hydroflasks littered the floor as music blared through the speakers. Many students excitedly sat in huddles while others were lazily sprawled out on benches with their feet up. Just one more hour of practice.

Sophomore Tucker Hennlich acts in one of the skits and like the others, moved in nearly a week before the freshmen to prepare. His days typically start around 7 a.m., he said, sometimes not ending until 11 p.m.

“It’s really rewarding now that we’re finally at Move In Day, to see everything culminating and all the new faces at Bethel so happy to be here,” Hennlich said. “But those first few days of late nights and early mornings were definitely hard.”

Hennlich and Maas agree that people can expect the relatable jokes and skits that Bethel students have come to love about The Show, along with brand new video content and unique dance numbers.

“I went to the show last year and it was pretty incredible, and this year is looking to be potentially even better,” Hennlich said. “There’s going to be some surprises and some really funny stuff, so you should definitely make it.”

0 comments on “One for the money, two for The Show”