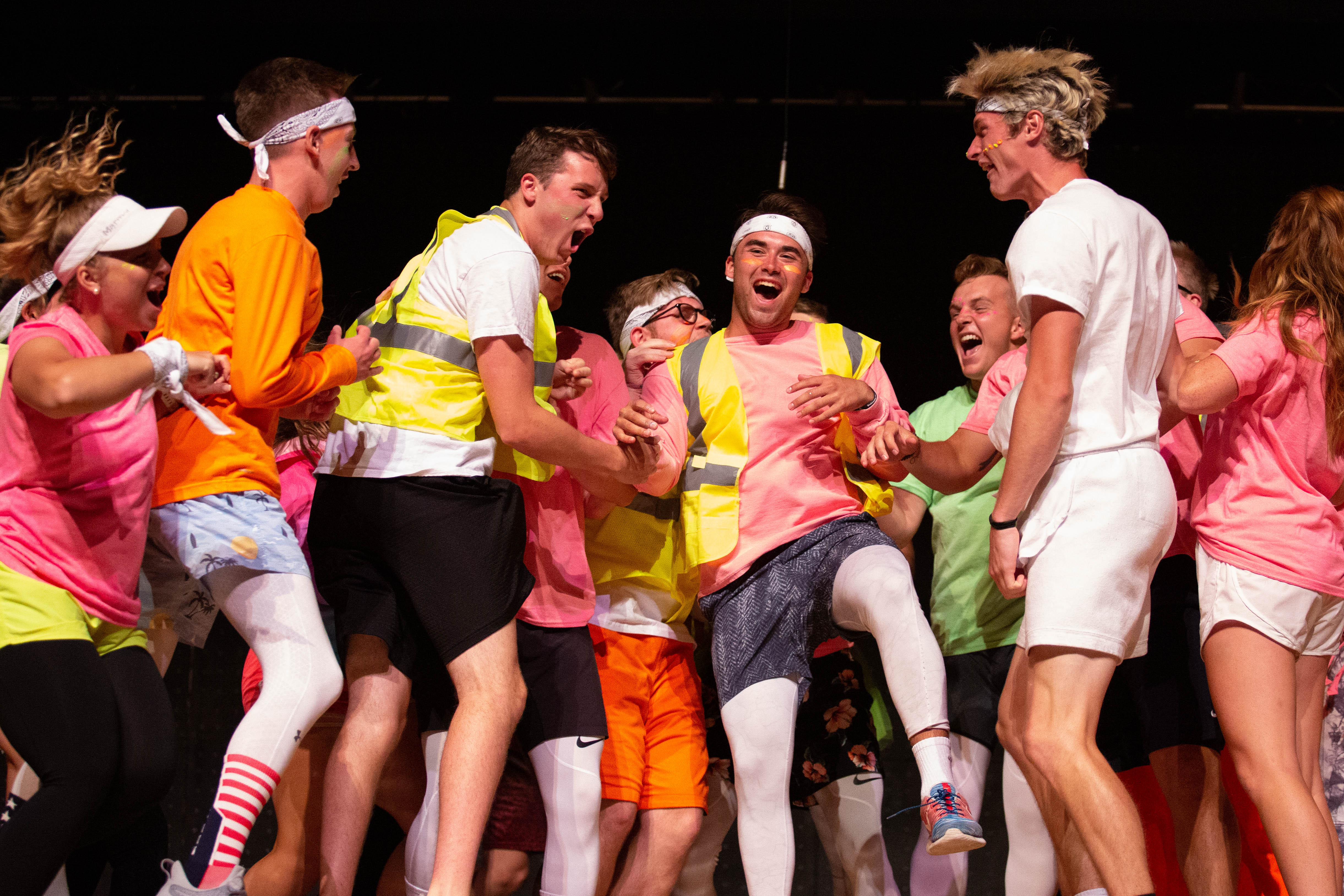 Jared: The Show took on the challenge of brainstorming more creative ways to describe and came up with a list of sure-to-remember moments. The dances and the French inspector were big highlights.

Jasmine: This year’s Show was loaded with Bethical references, from the obscure Bethel meme accounts to the excess of turkeys around campus. All of these were sandwiched between two killer dance numbers. It was definitely one for the books.

Zach: Spooky, scary, and heartfelt, The Show had its moments. Some were like the “Thriller” album, and instant hit, while others felt more like your roommate trying to scare you in the stairwell. But all things considered, it delivered on its annual promise to make light of Bethel mannerisms while showcasing some standout performances.

What was the best joke?

Jared: Not even really a joke, but the entire French inspector bit made me keel over. The parallel parking was painstakingly long and awkward, but with so many fans of “The Office” at Bethel, no surprise it went over well.

Jasmine: The kid (space) napping during the Clue skit. It took me until the closing scene with Professor Plum asking the librarian for his book to understand it, but I appreciated its unexpected cleverness. Students are susceptible to falling asleep in the legendary comfy chairs, though I’m still not sure how with all the noise.

Zach: The drawn-out parking scene was pure, awkward, silent gold. It reminded me of my favorite bits from “The Office” and introduced the undisputed MVP of the show, ya boi Jacques. The only bad part of this joke was that the audience didn’t laugh enough.

Who was the breakout star?

Winners of The Show

Jared: Weston Wold. His Spotify monthly listeners just tripled with so many green freshmen in the house desperately trying to find something cool and new to listen to.

Jasmine: Everyone in the BU Clue skit. The one lost sheep Bible reference and the six stereotypical Bethel students really got to me. And never underestimate the power of a classic Royal Grounds scene: baristas calling out an order three times while a Sodexo worker rumbles a plastic cart across the tiles.

Zach: Michael Jackson. Forget all the weird stuff; “Thriller” is a bop.

Losers of The Show

Jared: Shaggy. The Scooby-Doo theme was an original take and I applaud the acting jobs of all involved. But it was hard to understand Shaggy’s words through the thick voice. Just a little too much overselling.

Jasmine: Some may say I live under a rock, but I haven’t seen “Stranger Things.” I believe the actors did well, as I heard others laughing around me. The men’s dance number was delightful. However, my lack of background knowledge made it difficult for me to appreciate the TV show references. Something about 11?

0 comments on “An exit survey of the Show”