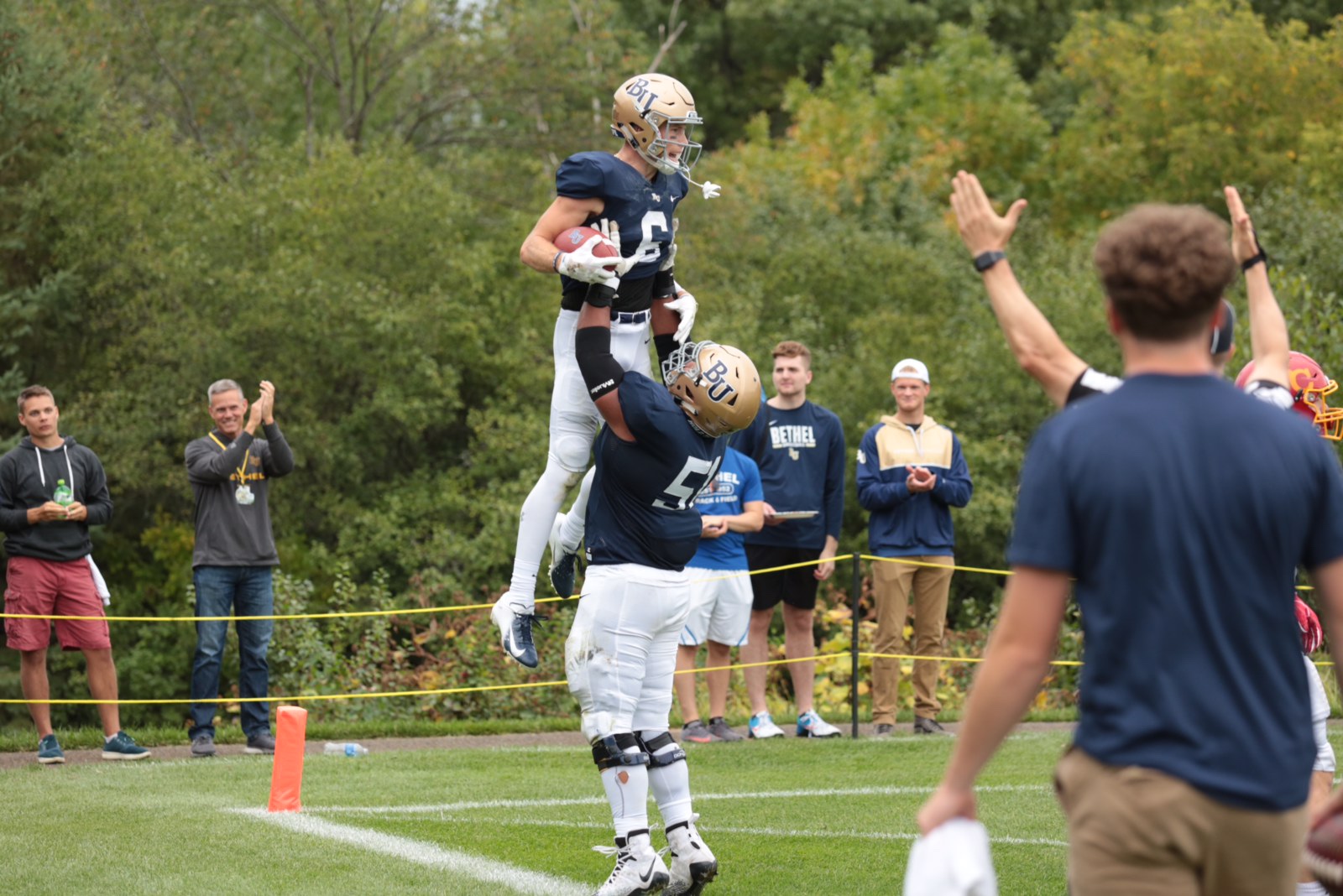 Drew Larsen doesn’t deny it’s something the team thinks about.

“Coming into the year ranked 10th (by d3football.com), it’s definitely in the back of our minds,” he said.

The Bethel football team entered the 2019 season opener with many returning pieces from a national quarterfinal team in 2018, and expectations are high. Except the standard internally is no different from any other year: believe in the foundation and fundamentals preached every day.

“Coach J always tells us to trust our base, not do anything we don’t do,” Larsen, a senior wide receiver, said.

Trust the base they did. The Royals (1-0) picked apart Simpson College 42-10 in a game that saw unexpected rainfall and a stout defensive performance.

With all backfield pieces returning, the offense is to be one of the most versatile and feared in the conference. They took a quarter to get rolling but a huge second frame opened up the lead at 21-3 when Mike Delich scoring on a 54-yard run and Larsen making an impressive catch in the end zone from quarterback Jaran Roste. The Royals put together nearly 150 yards of offense in eight minutes after only recording 100 yards in the first 22.

“We had a great camp,” Larsen said. “We definitely have chemistry with quarterbacks and receivers.”

The second half was a showcase of the other leg of the base: a dominant defense.

Five players tied for the lead with seven tackles, and senior linebacker Kyle Peach highlighted the constant pressure with two and a half tackles for loss and a sack. He’ll be a big part of the leadership that needs to step up after the Royals graduated half their starting defense from last season.

“As long as we stick to the plan, execute our stuff, we’ll be in good shape,” Peach said.

Surrounded by hundreds of Bethel faithful in the postgame huddle, head coach Steve Johnson praised his crew for a disciplined, committed effort. His tone was as grateful and proud in its 31st year as it likely was when he began this journey.

Bethel heads to River Falls next Saturday. The next home game is slated for October 5.