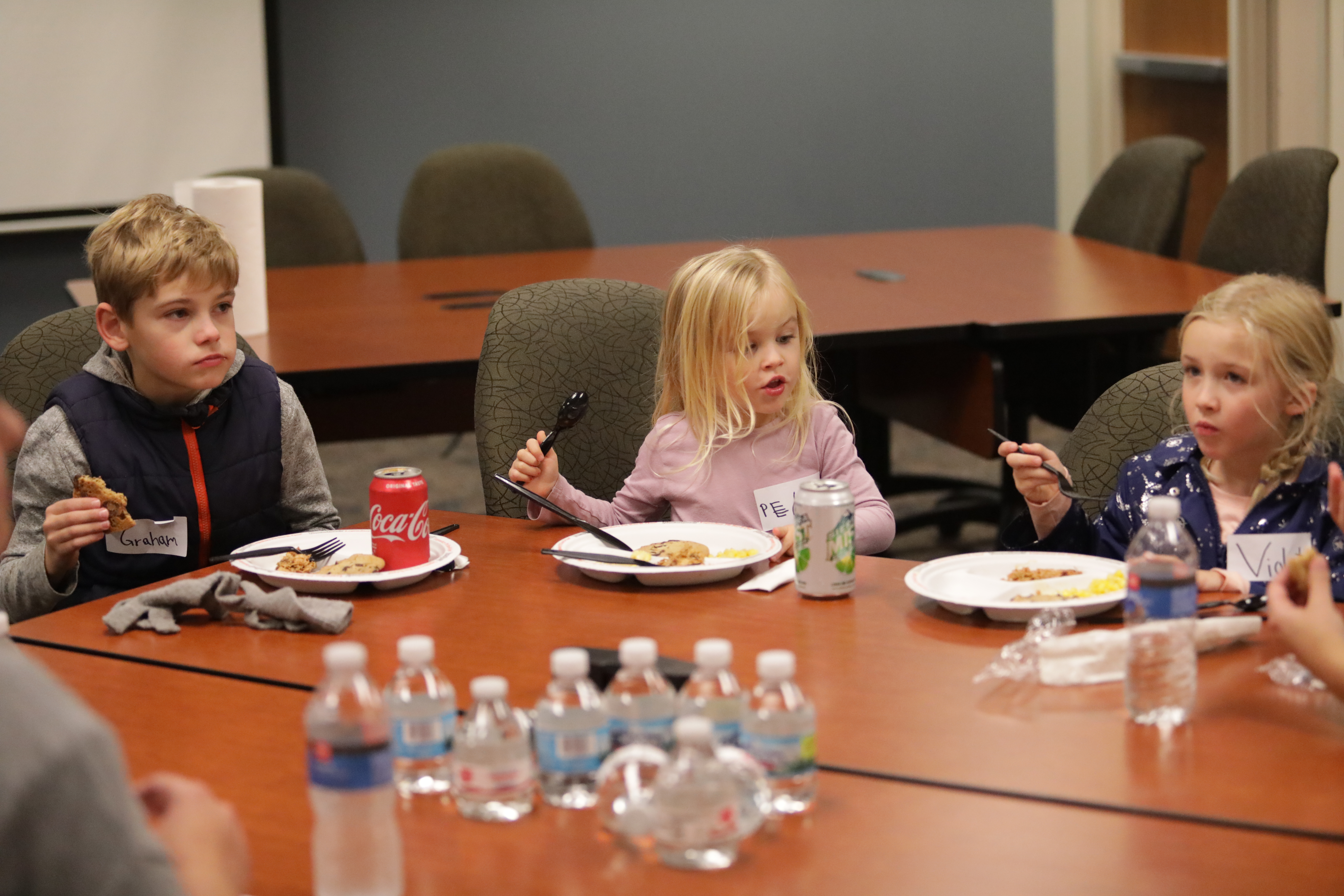 A new task force aims to unite an overlooked group of students in Bethel’s post-traditional programs through monthly dinners.

Bethel University graduate student Jessica Kesterson eased into a plastic-covered turquoise chair with a paper plate of Famous Dave’s and a notepad. The Anderson Center classroom was twice the size it needed to be for the seven parents who were able to attend, but the vast space was soon permeated with laughter and conversation during Bethel’s second Single Parent Task Force meeting of the academic year October 10.

Formed in January by Associate Provost Randy Bergen and Dean of Education Judi Landrum, the new task group supports students who balance single parenting and completing their studies in one of Bethel’s post-traditional programs such as the College of Adult and Professional Studies.

“For any parent, it’s going to be challenging to do school,” Manager of Student Success Britt Olson said. “But for a single parent, it’s a hundred times more challenging. We wanted to try to find a place that would allow them to connect with other students that might be in the same boat.”

The group meets on the second Thursday of every month to enjoy a meal and free childcare provided by Bethel undergraduate students in a neighboring classroom. Each month, a speaker leads the meeting by facilitating discussion. This month, StrengthsFinder Coach Nikki Daniels spoke about the power of identity in the strengths of both parents and their children.

When Kesterson received an email about the group last winter, she said she was touched that Bethel wanted to create such a ministry for students like her.

“Just in the Christian community broadly, I feel a little bit marginalized as a single mom,” Kesterson said. “I felt that it was a really cool opportunity to just come and feel supported and get great information on different topics. And honestly, it’s just a night off.”

Despite the name, the group isn’t just for the parents’ benefit – it’s for their kids, too.

Although Kesterson had brought her three kids to a meeting only once before, she said they were begging to know if they would have the same classroom and the same “teachers” as last spring.

Kesterson filled her 6-year-old daughter Violet’s plate with mac ‘n’ cheese, while her 10 year-old son, Graham, took the liberty to serve himself, sitting down with a piece of chicken, an ice cold can of Coca-Cola and two chocolate chip cookies half the size of his face.

“How are you guys tonight?” Bethel senior and Childcare Coordinator Leah Groeneweg said.

Four undergraduate volunteers set up puzzles, coloring book stations and Spikeball while Kesterson chatted with the other parents over chicken and cornbread muffins in the adjacent classroom.

“I like how Bethel is trying to be proactive in recognizing this population of students and celebrating them and supporting them and cheering them on,” Olson said. “The kids get to have pleasant memories of their parent in school versus just how busy it is, and especially if the students are older, they might think, ‘I could be a student here, too.’”