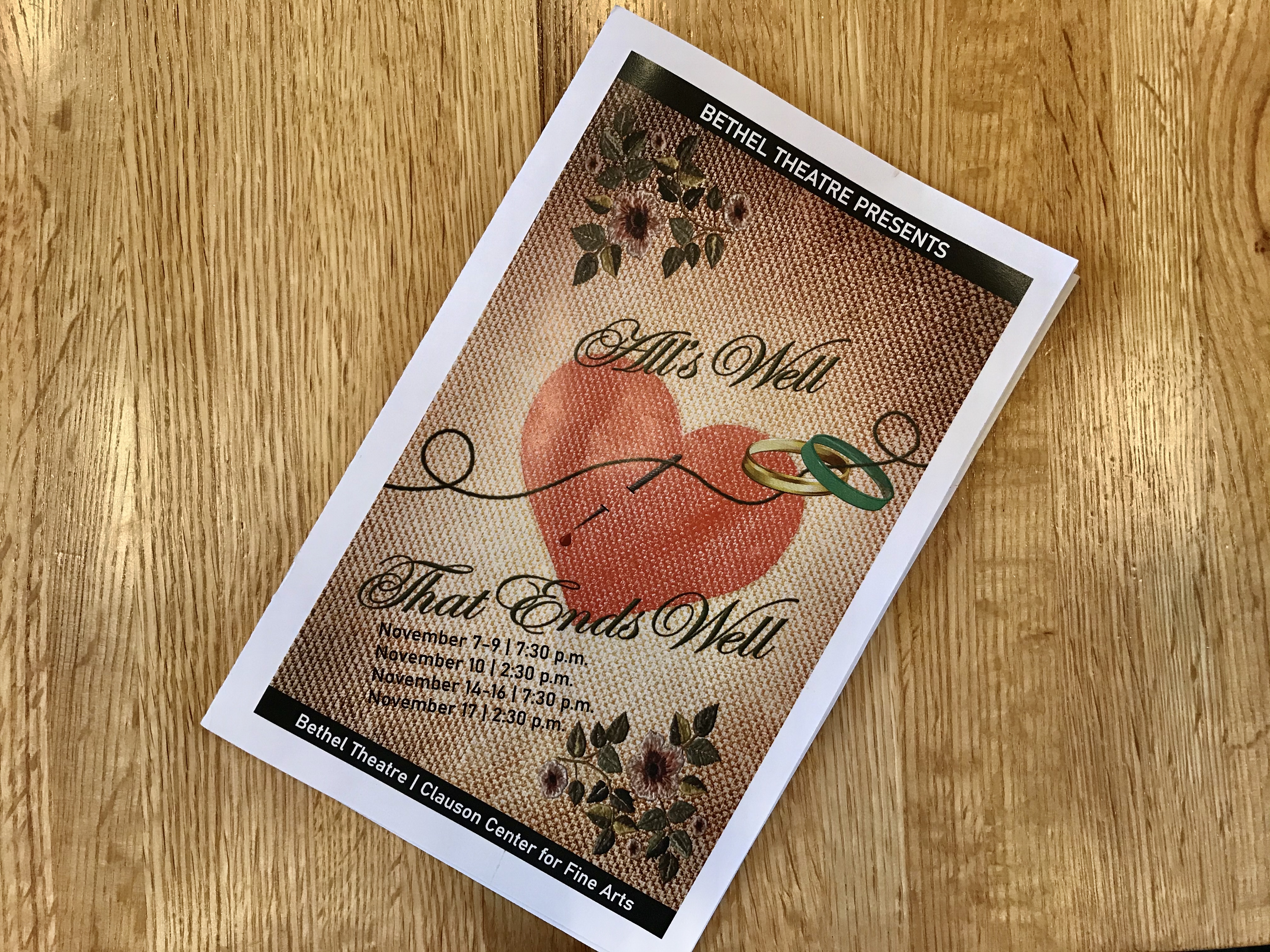 A wide range of 12 student-artists perform in a newly devised production of a rarely done Shakespeare play.

Bethel University theatre professor Leigh Anne Adams sat through auditions for what she thought would be a traditional production of Shakespeare’s “All’s Well That Ends Well” back in September. Instead, she was met with a set of wide-eyed freshmen, eager about theatre and bringing with them unique talents Adams hadn’t prepared for. She couldn’t ignore it.

“I’m looking at freshmen who have circus in their background, who tap dance and who are very skilled at the humor and physical comedy that Vaudeville just begs for,” Adams said. “And I thought, ‘Wouldn’t that be fun?’

With the help of fellow theatre professor and husband Brent, Adams created an entirely new script that incorporated Vaudeville, an art form originating in the late 1800s which Adams calls “the original America’s Got Talent.” The new production features comedy, dance and equity actor Brent Adams, who was granted a release from his union for the performance.

“When you’re onstage with [Brent], it’s a master class on what a professional actor does,” Adams said. “And if you see him and you’re a student in acting, you have insights and get to learn not only his process, but how he shapes a character.”

The show opens with a troop of Vaudevillian actors who find themselves in a theater, knowing they’re supposed to be working on a Shakespeare play. But when the house lights come on, the actors don’t expect to see an audience there. They soon scramble to put on the Shakespeare play the audience came for.

Due to recent budget cuts within the theatre department, “All’s Well That Ends Well” will be the last Shakespeare production performed in the Black Box Theatre. But according to Adams, that doesn’t mean theatre will disappear at Bethel any time soon.

“It’s a personal loss to all of us,” Adams said. “Some people think that the walls and the facility don’t matter, but they matter an awful lot. So that’s a heartbreak, actually. But the positive is that it’s a really great Shakespeare to end on.”

Remaining performances are scheduled for Friday and Saturday at 7:30 p.m. and Sunday at 2:30 p.m. Tickets are $11 for adults; $9 for senior citizens and groups of 10 or more; $6 for students (K-university) and Bethel CAS students are free when ordered online.