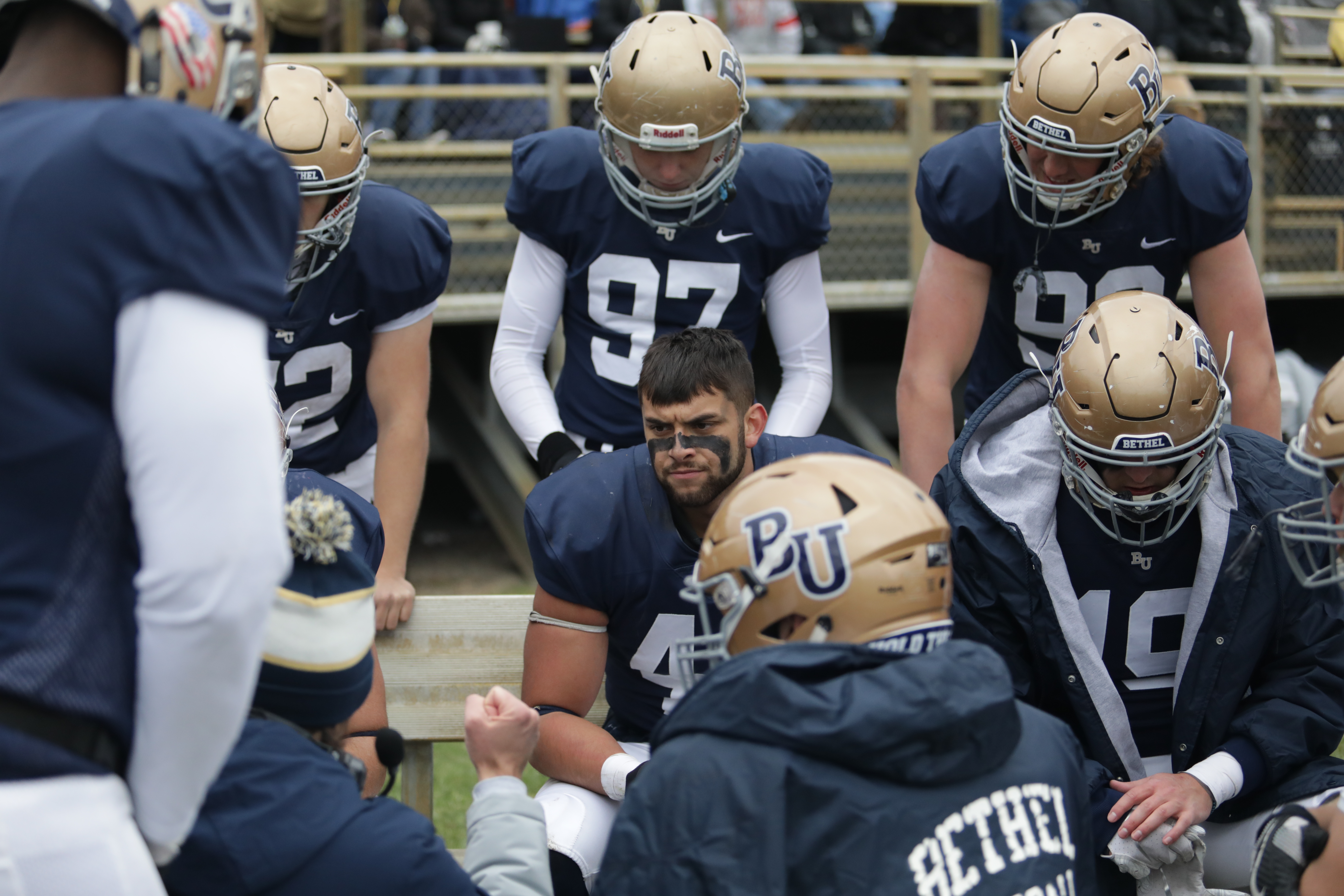 The Royals entered the regular season finale needing just one win to potentially secure their second straight playoff bid. But on a cold and windy afternoon at O’Shaughnessy Stadium at the University of St. Thomas, the Royals postseason hopes slipped away with a 17-7 loss to the St. Thomas Tommies.

But during practice this past week, the Bethel players were not focused on hatred for their arch rivals, but their connection to each other.

“We weren’t playing to beat St. Thomas, we were playing for each other,” senior wide receiver Drew Larsen said.

In a game that showcased tenacious defensive play from both sides, the Royals were held to fewer than 300 yards of total offense for just the second time all year. The Bethel offense only gained 11 first downs compared to their opponent’s 25, and both turnovers and missed opportunities made it hard to move the ball up field. Wide receiver Drew Larsen provided the only score of the game for the Royals on a 23-yard touchdown reception from quarterback Jaran Roste.

While playing from behind for all 60 minutes, the Royals kept a positive mindset on the sideline throughout the entire game.

“We always say ‘Set your face like flint,’” Larsen said. “Because when you’re faced with adversity and your face is set like flint, you can start a spark of something great.”

But the Royals were unable to find the spark they needed to gain an edge over the Tommies.

After his last college game, Larsen reflected on the season.

“I became more of a teacher this year than I was the past three years,” said Larsen. “After this year, we’re gone and the next guys step up, and you want to see them succeed.”

The Royals finished the 2019 season with an overall record of 8-2 and a conference record of 6-2, placing them third in the final MIAC standings.