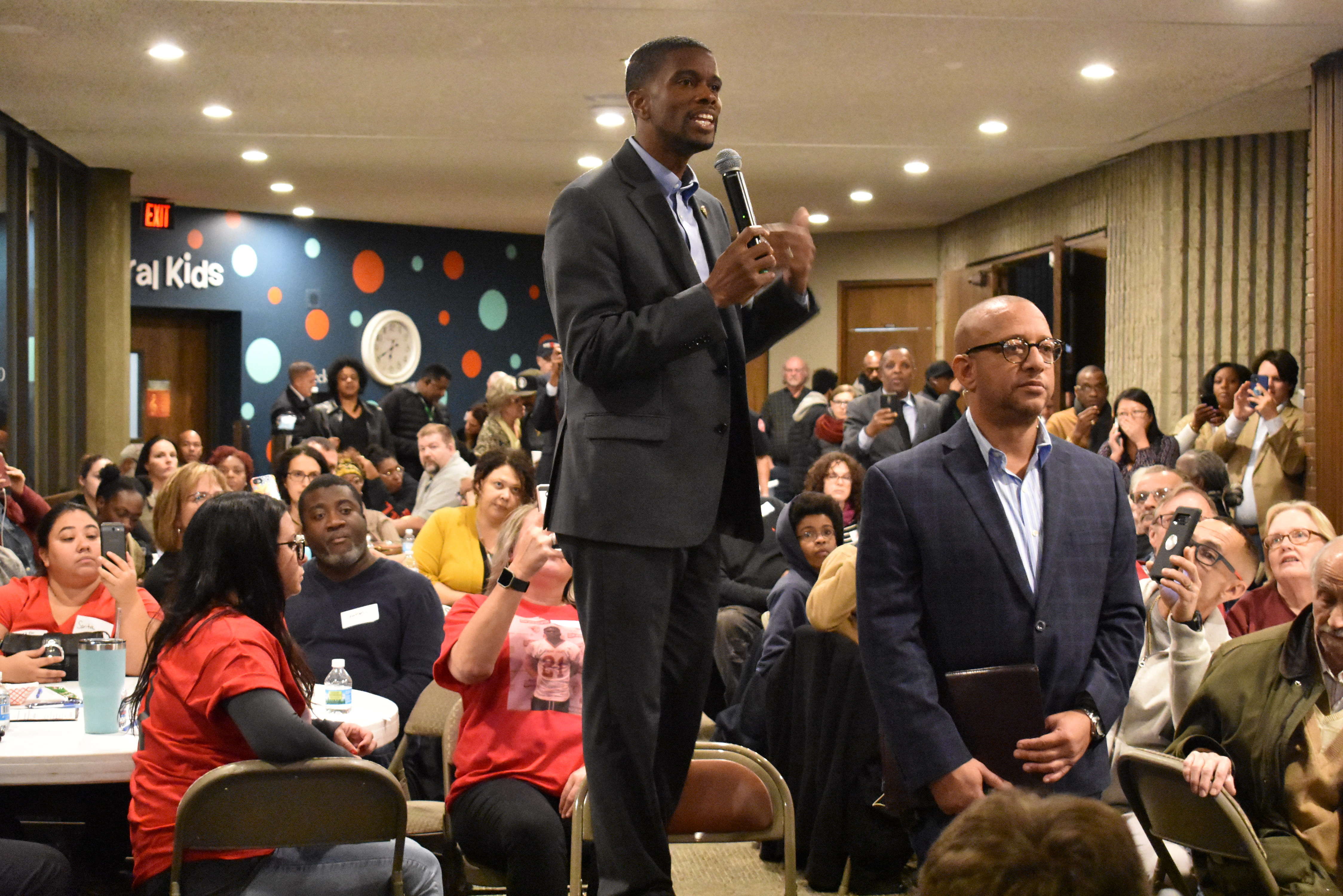 A recent spike in firearm homicides leads to a discussion about possible solutions.

A firefighter, a retired nurse, a youth sports coach, a county attorney, a member of the mayor’s leadership team and a serviceman all have one thing in common: they feel in danger in their own neighborhoods.

The number of firearm homicides in St. Paul has risen from 11 in 2018 to 25 this year. To address the issue, Carter spoke to the community at a public safety meeting at Central Baptist Church Nov. 7.

By 6:30 p.m., the entire church foyer was packed. A little blonde girl kneeled on the floor with her mother, getting ready for the mayor to speak. An old woman leaned on her cain, turning away from the round table she was sitting at, one of many crammed into the church.

“I love this city not because we’re perfect, but because we know we’re not a perfect city,” Carter said.

Risher’s mother, two cousins and a childhood friend were among the victims.

“I’ve been at Bethel for five years and Rev. Risher’s presence here today is a high point,” reconciliation studies professor and event host Claudia May said. “She’s one of the most courageous women I know, and I just met her.”

Risher travels the country as a spokesperson for groups like Everytown Survivor Network and Moms Demand Action for Gun Sense in America. She advocates for stricter gun laws and helps people who go through trauma.

“I want people to understand that black people were killed, but it could have been anybody,” Risher said.

Carter split the crowd at Central Baptist Church into groups, each with a discussion leader from varying backgrounds. The groups sat in circles designated as safe places to take turns and share ideas about how to address the problem together. From these sessions, Carter plans to put the best solutions into action, setting aside funds to allow the community to take action.

Within the bounds of these circles, one man said a bullet hit his passenger door while he was in the car. Another man witnessed the deaths of his friends by gun violence. One woman no longer felt safe in her own home anymore. She feared she would come home to find somebody in her living room.

A man wearing a fleece jacket and glasses took a seat in the circle. In the last seven minutes of discussion, he decided to speak. He had lived in St. Paul his whole life and had attended many meetings just like this. He grasped the hand of the woman sitting beside him. This was the first time he had heard anyone say that loving on each other could be the solution to the gun violence issue.

“In the midst of prayer, we need action,” Risher said. “Love is a verb.”