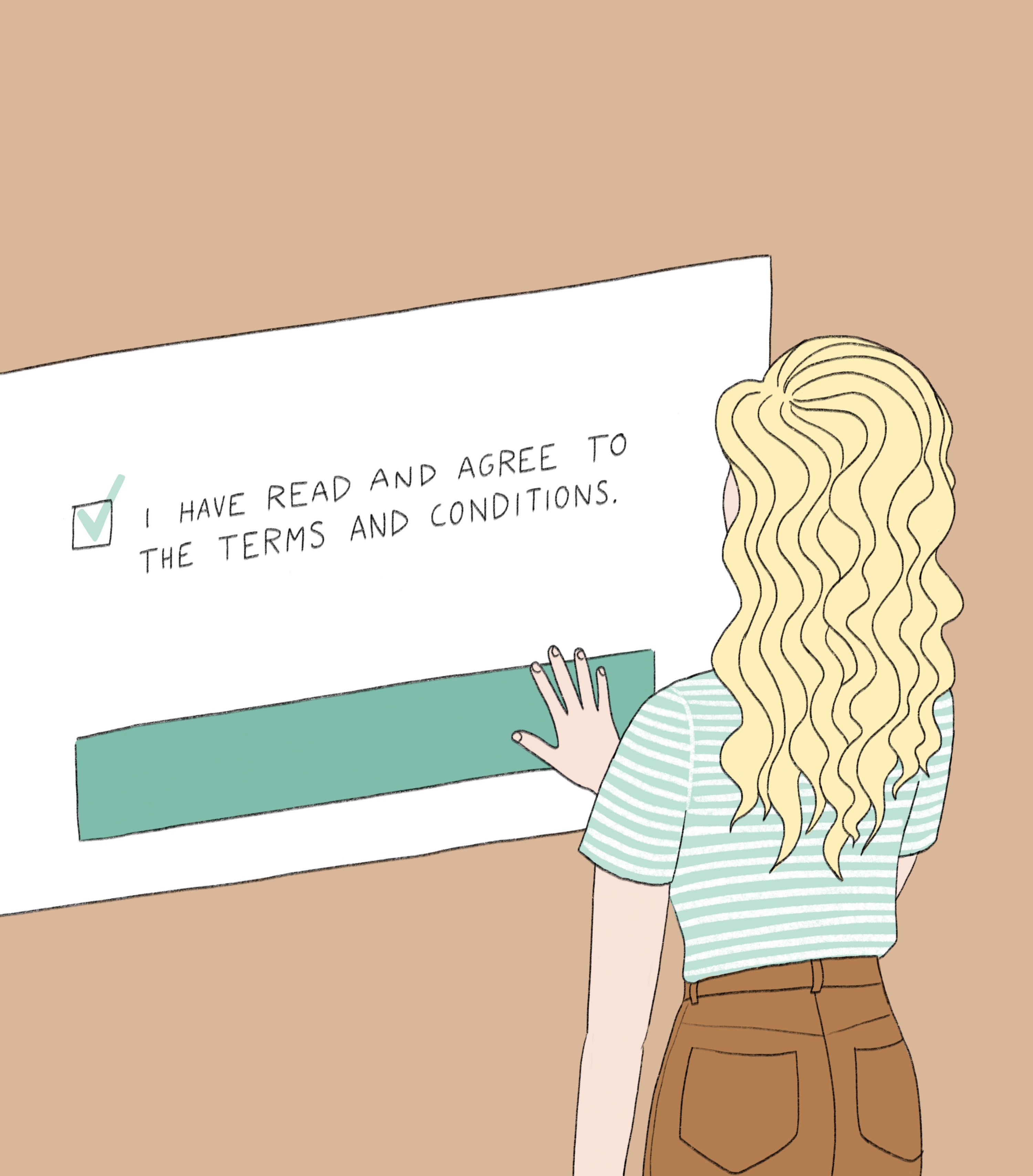 Paul Eddy, the professor of the Covenant Relationships course at Bethel, says the goal of a covenant is to “take people who are not family and make them family.” When I think about the Bethel Covenant, I wonder who my family really is. All the people who my eyes scan over in the DC, all the people who sit around tables in the BC, all the students tucked away in back corners of the library—do they know they are my family? I believe the Covenant often fails because its intention is to be relational, while the actual process of “signing the covenant” is purely bureaucratic. This only serves to tarnish the true interpretation of covenant, but also the purpose and validity of Bethel’s community expectations.

The first thing to address is if the covenant is even what it says it is. Consider this: the other day I was online shopping, as one does when they are bored and have no money. I was scrolling mindlessly through H&M, occasionally opening my bank account and weighing the cause and effect of transferring myself some funds for new winter clothes. Minutes ticked away as I fell down the rabbit hole of clearance pages and sales deals until eventually a box popped up, asking me to subscribe to an email list to get 10 percent off. I thought, “why not.” Except because this was a European online store, I ended up on the ever-dreaded terms and agreements page. At this point I was impatiently tapping my fingers on my laptop keys, annoyed at the very process, and so I scrolled straight to the bottom and accepted. I lied, as many do, about fully reading the terms, and I have no remorse. I have no idea what could’ve been fine printed on that page; for all I know I just promised my first born child to the Russian secret police in exchange for 10 percent off a sweater. However, this is the very essence of a terms and agreements page. The minute you see it, you know you have the option to scroll past the words and move on without a second thought.

I didn’t read the Covenant before I signed it. That is the point; I didn’t have to. I knew I wanted to go to Bethel, so the Covenant was just another step toward getting to college. It was transactional, like submitting my college application and essay. I gave Bethel something, and in turn, I get something. Do we even know what a covenant is? When I sat down with Paul Eddy in his office, I couldn’t have put effective language to this idea. The regulations in the Student Handbook, and the “values, goals, and expectations” of the Bethel Covenant were twisting together in my mind like warped vines. Paul described covenant as proclamation of relationship, the promise and celebration of becoming “family.” Covenant is in Genesis 17 when God promises to make Abraham a great nation. Covenant is heavy in the air when two people recite their wedding vows to one another. In these situations, both parties bring something to the table and make mutual promises. There is a relational disconnect between making a covenant with living, breathing humans, and the blue light of your computer screen. You don’t have the option to scroll past a human and opt into the relationship anyways. The Bethel Covenant does not bring any mutual promises to the table. And who are we even making this covenant with? Our peers? The Board of Trustees? God?

So let’s say the Bethel Covenant is a covenant, but perhaps just not a very genuine expression of one. Attaching biblical language to this document is a misnomer. Yes, we are a Christ-centered community, striving for unified values and expectations, but there is a learned fear surrounding “breaking the Covenant.” My own relationship with this document is a complex one. Don’t get me wrong, I don’t think Bethel should simply get rid of their Covenant, and I’m not writing this article just so I can drink boxed wine whenever I feel like it (although this would be nice).

Ultimately, I think that because people lack a basic understanding of the concept of covenant, the document’s intentions become warped. The community-centered language is clouded by the way that it calls out, rather than invites in. The Covenant becomes confused with the Handbook when you hear stories of students dismissed from leadership positions after having a beer over a break. The fear of Bethel’s retribution against minor Covenant infractions inspires people toward dishonesty, and away from community. Is this what this biblical language is really about?

There is a place for a Community Life statement at Bethel. I would even argue that a document about school values and expectations is essential. But I’d also argue that whether or not students uphold a box that they checked at the bottom of a document does not “make them family.” This level of commitment is bureaucratic, and not biblical as the language would suggest. A true covenant would require real humans, sitting down with ears to hear and mutual promises to make. That is community; that is family.

0 comments on “Covenant in name only”