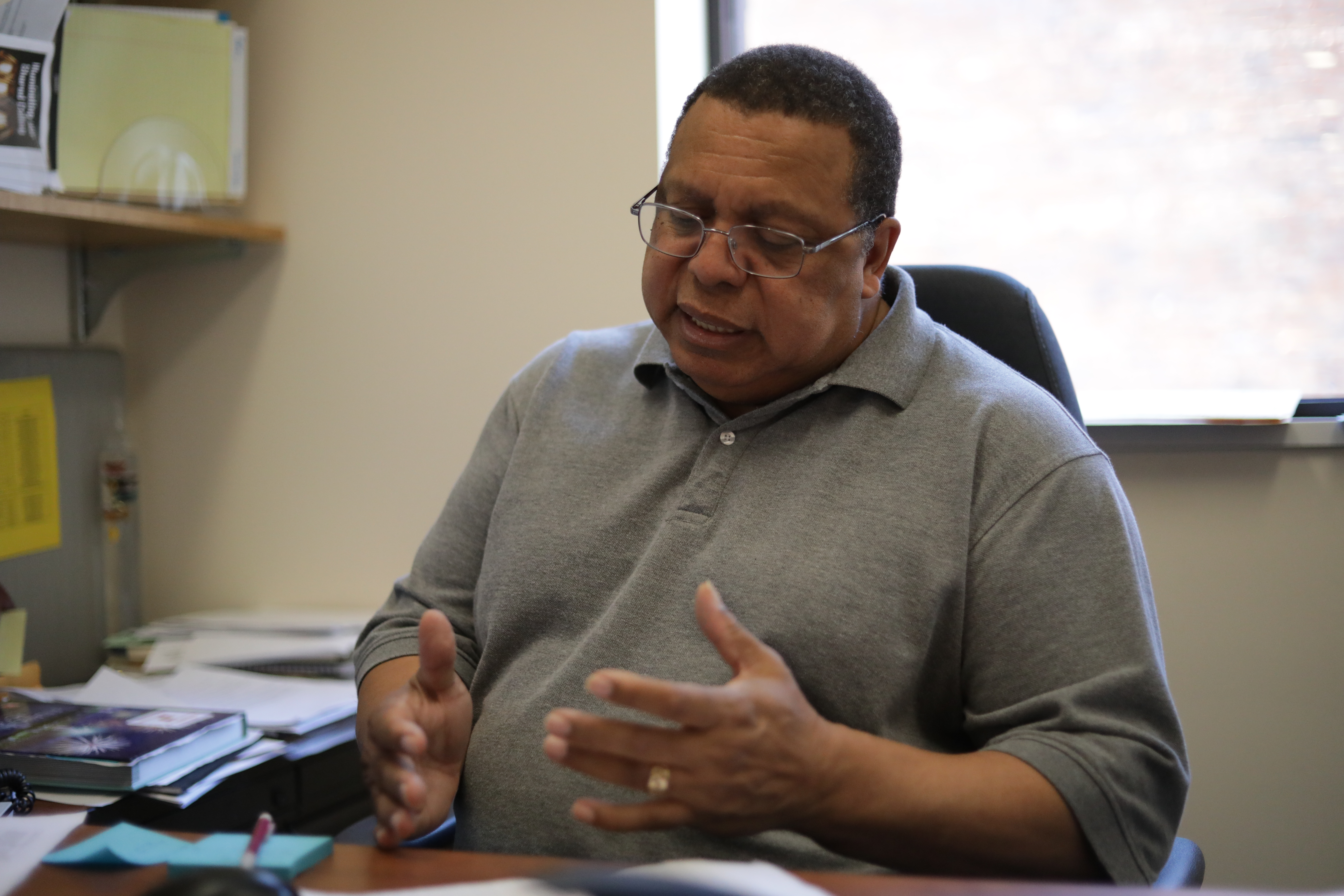 Leo Gabriel, a business professor at Bethel University, remembers a student sat at a table in the middle of Hallie Q. Brown Community Center, on the lowest level of a business complex in inner city St. Paul, waiting for the next customer. Tables lined the walls with volunteers eagerly chatting with their customers. Children sat in bright green miniature chairs, coloring and reading. More customers waited to be called, filling out the tax forms and getting screenings that could soon bring new opportunities.

An older, talkative man sat at his table this time. While the student prepared the tax return, the man shared stories about his childhood, and the differences between raising children now and how he was raised as a child. Later, he even told the student he would use the money from the tax return to pay for a bus ticket to Missouri and he’d be able to go visit the childhood friends and family he talked so much about.

Gabriel  started one of his classes in 1998 by asking his students what they thought to be most important to their education, and many suggested working on the lessons they had learned in a real-world environment. Twenty-one years later, Gabriel still has students volunteering 40 to 50 hours a week at an organization that is now named Prepare and Prosper.

“This work is fulfilling what God calls us to do without any glamour, without saying that we traveled to South America or Haiti,: Gabriel said. “It’s hard work in inner city St. Paul, but you’re tangibly fulfilling God’s plan to feed and clothe the poor.”

Prepare and Prosper helps low income families with financial education, tax returns and advice on how to budget with their incomes. Fifteen to 20 Bethel tax class students join more than 600 volunteers each spring to help people in filing their tax returns. Gabriel not only teaches the students the tax class, but also trains volunteers who work at Prepare and Prosper.

Luke Chaika, a junior accounting and finance major, has gone through the process of volunteering at Prepare and Prosper, which is required of students who take a tax class from Gabriel.

“Working at Prepare and Prosper not only gave me knowledge to prepare my own taxes someday, but also helped create an understanding of how the tax code benefits low income individuals,” Chaika said.

A single mother of three came in while Chaika was working and received a tax return of more than $8,000. The work he did for her made the difference in her deciding whether to purchase a car, maintenance on her house or an appliance, and any other necessity.

Katy Schultz, the Tax and Financial Service Director for Prepare and Prosper, mentioned how miraculous stories are a “day-to-day” occurrence for her, but she’s also seen difficulties. A Bethel student once worked with a customer whose tax return had not gone how they’d hoped. The customer began yelling, but the student stayed calm and answered questions respectfully.

“The student was able to manage the situation well, and I think that comes from Leo being able to share his leadership with others well,” Schultz said.

Bright blue and green paper piggy banks line the wall next to the front door. They are displayed for incoming customers, filled with hopes and dreams. “I saved some for…” is written at the top of each paper pig, and messages of the miraculous stories Schultz mentioned are written on each. One listed, “for my first car.” And another, “My daughter, Zy’Ahna Marie.”

“When we don’t include or care for others, we all lose,” Gabriel said.

In 2018 alone, Prepare and Prosper identified and filed for $24 million in refunds for taxpayers in Minnesota and helped more than 12,000 people file tax returns. The nonprofit is funded by money donated, fundraised, and given to them by the government, which makes its services free of charge.

Schultz remembered reading a student’s reflection on her time volunteering at Prepare and Prosper. A single mother and her teenage son came in for help. Even though the amount of money from the tax return seemed small to the student, the woman began to tear up at the thought of how much this extra support would help her. Without Prepare and Prosper, her income would not have been enough to support both herself and her son. The return could mean the difference for her in getting to help pay for her son’s college or smaller every day tasks like being able to afford gas that week.

Gabriel told her story and opened his Bible to Matthew 24 and read aloud, “Provide food, care and clothing for the least of these.”

His Bible, chock-full of colorful sticky tabs, was worn down to the point the front cover was nearly falling off.

0 comments on “Caring for the least of these”