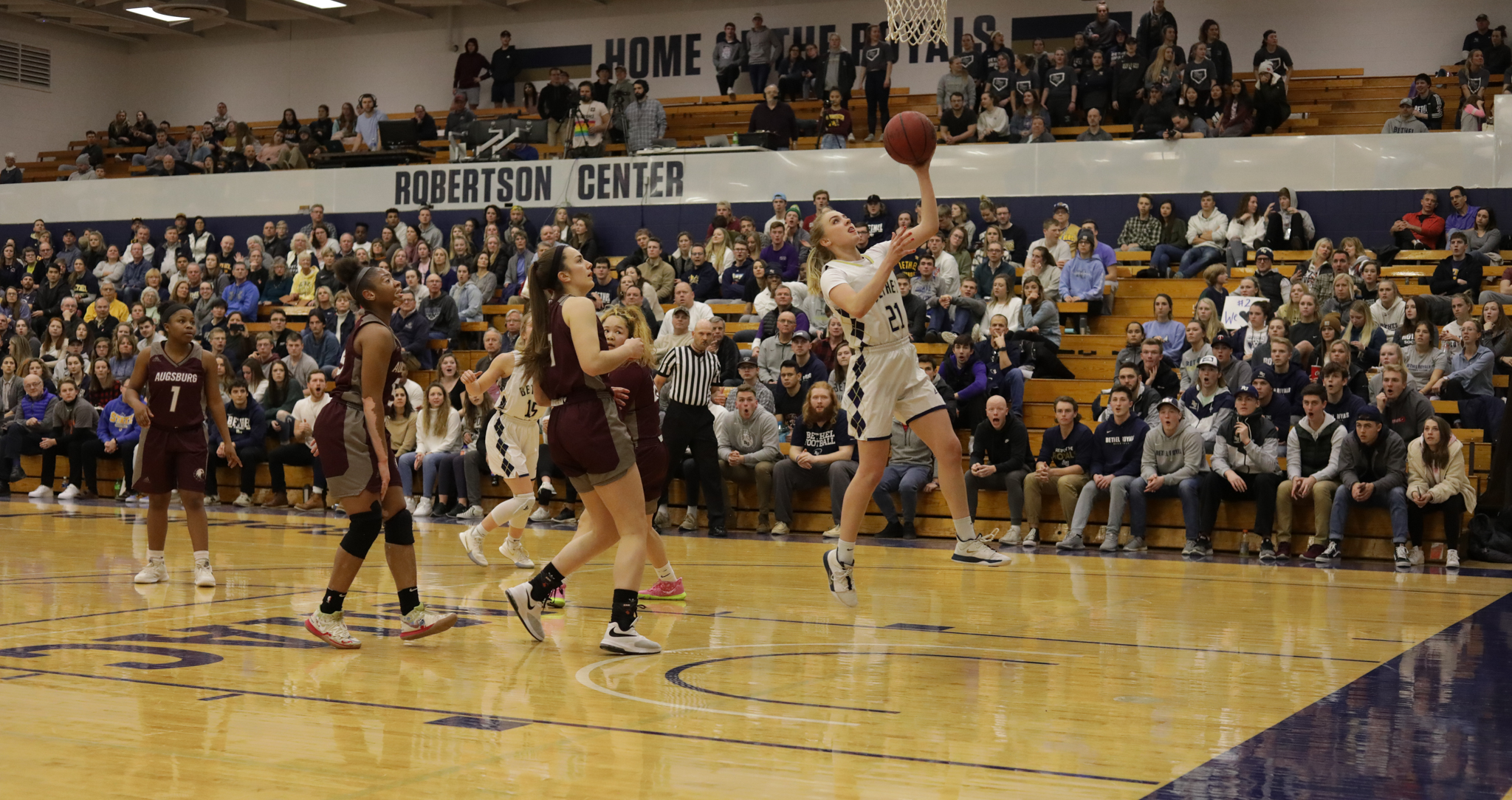 The Bethel bullies do it again in another intense defensive outing against Augsburg.

The 23-1 Bethel women’s basketball team won the MIAC regular season with last night’s win against the women Auggies of Augsburg.

The Royals had the Robertson Center packed with students, family, and faculty all cheering and ready to see another defensive show that the lady Royals have been putting on all year.

all stood with their arms in the air at every made basket as Bethel eventually won the game, 71-55.

This was a game everyone wanted to be at, as the top two teams in the MIAC faced off at the Robertson Center on Wednesday night.

behind her, junior, Makenna Pearson had 23 points and went 4 for 7 from distance.

It was an intense and aggressive game. Auggies players, Jazmyn Solseth and Camryn

Speese both fouled out. As Speese got her final foul she had her middle finger up towards the Bethel crowd; no technical was given.

Where the Royals have been struggling all season is the other side of the ball. Both teams combined for 49 turnovers and there were only four lead changes throughout the game.

At halftime, the Royals led only 39-34 but that changed in the third quarter. The Royals

The Royals look forward to their last regular-season game on Saturday in the Robertson Center at 3:00 P.M. against the College of Saint Benedict.