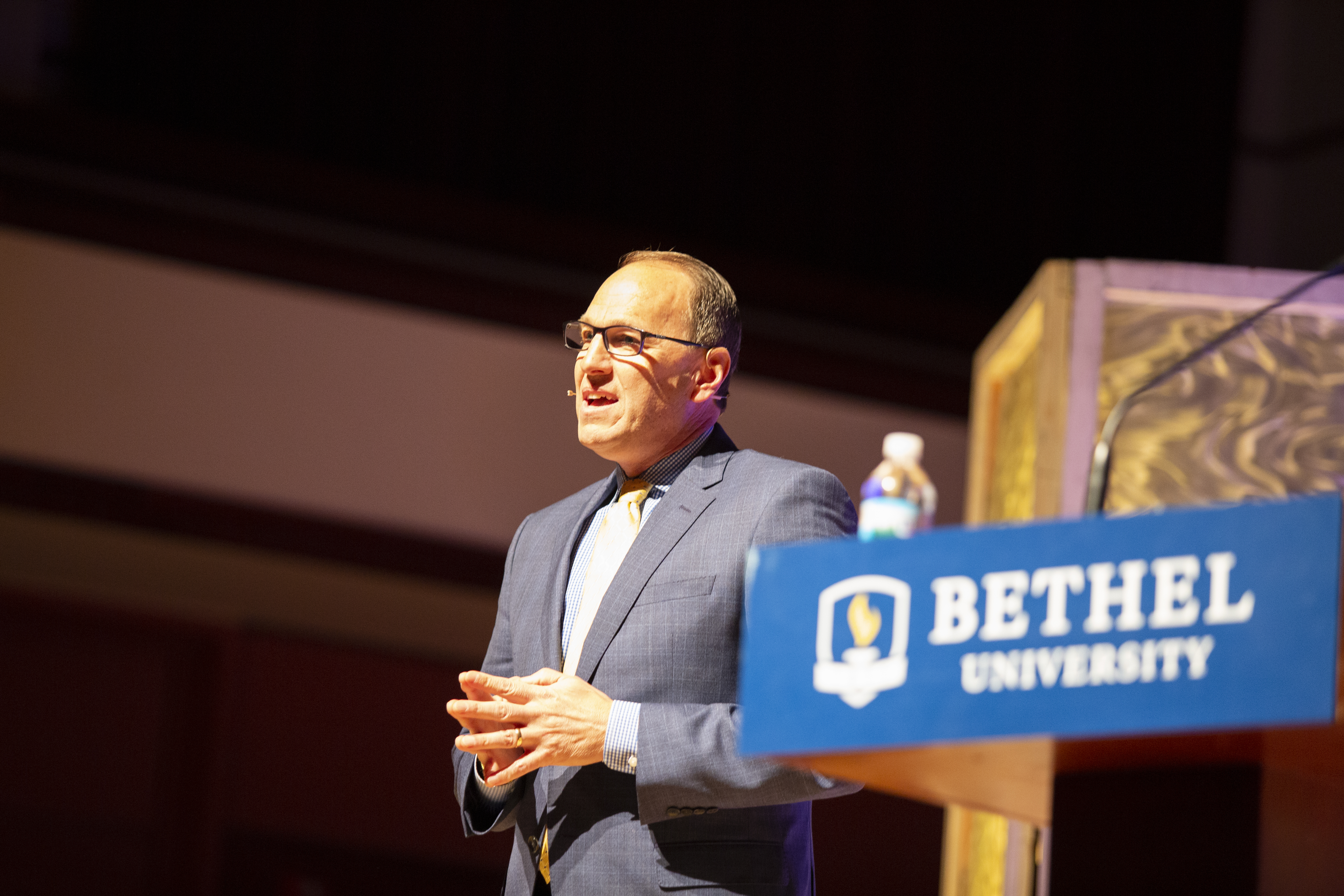 After 25 years at Medtronic and a year and a half as Azuza Pacific’s Chief Financial Officer, Ross Allen has been named president-elect of Bethel University.

Ross Allen, 59, was announced as the finalist for Bethel University president during a special chapel today. A year ago tomorrow, Jay Barnes announced his retirement, and the search process began. Now, Bethel prepares for a new leader in the midst of faculty cuts and a budget deficit.

“It’s humbling to step into these shoes, into this role,” Allen said.

Allen graduated from Bethel with a bachelor’s degree in business administration in 1984, making him the first president-elect to be a Bethel alum. He worked in multiple financial leadership positions at Medtronic and founded a consulting company in White Bear Lake.

Allen spent two years at Azusa Pacific University as chief financial officer and vice president of business and finance. Allen helped turn the college’s $20 million deficit into a $5 million surplus while they welcomed a new president. By cutting a costly retirement plan and raises, Allen brought the university “out of the black,” according to ZU Media.

Allen was chosen by the presidential search committee from 200 nominees through background checks and many assessments.

Allen will begin work as the president-elect May 1. Converge delegates will take a final vote to declare Allen as Bethel’s next president July 1.

“He gives full credits to all his gifts, all his passions and all his accomplishments to Jesus Christ,” said Jim Green, head of the presidential search committee.