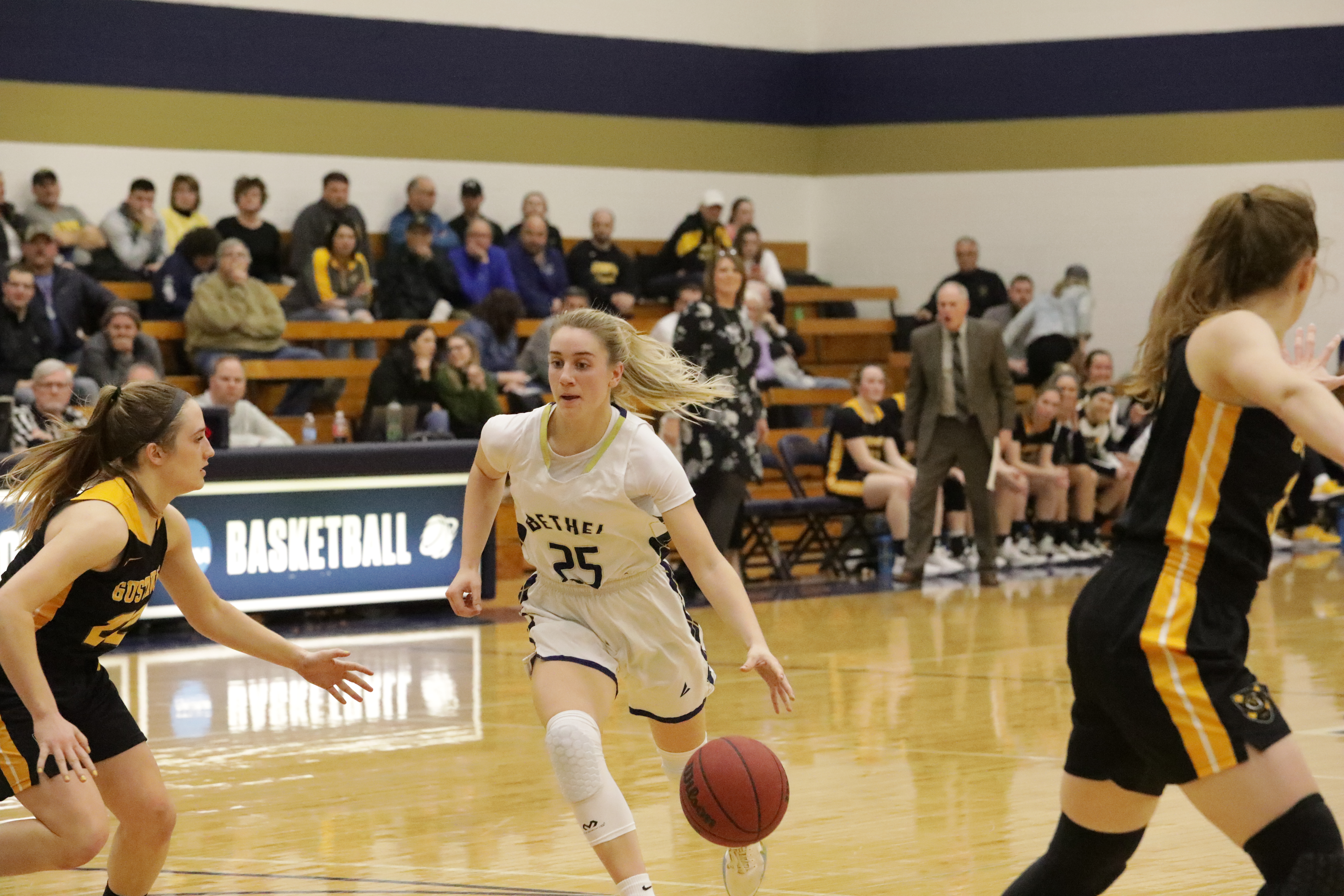 The Bethel women’s basketball team won 70-62 in a thriller against Gustavus on Thursday night in the Robertson Center.

Considering the Royals won both times the teams met this season, by 13 or more points in both games, the fans were expecting a much less stressful game. But what they got instead was a nail biter with 10 lead changes and a total of 50 turnovers.

Bethel has been known for bullying teams all season with their full-court press and ability to steal the ball. This was no different against Gustavus Adolphus as they had 15 steals with eight of those 15 belonging to junior guard Bella Williams.

Senior Taite Anderson finished the game with a team-high 18 points on the night.

The students were on their feet the whole game cheering on their Royals. The event staff had to step in to make sure that some of the men’s basketball players were not going on to the court.

But there were times when it seemed the whole gym took a deep breath when a shot went up.

Gustavus made 42 of their 62 points in the paint, shooting just under 50 percent.

The game was close until the fourth quarter, when the Royals were able to get some breathing room.

Freshman Emma Schultz made her only three-point attempt late in the game to give the Royals a 62-58 lead.

With this win, the Royals will now host the MIAC championship on Saturday at 3 p.m. at the Robertson Center against Augsburg University, whom the Royals beat by four on the road and 16 at home this year.