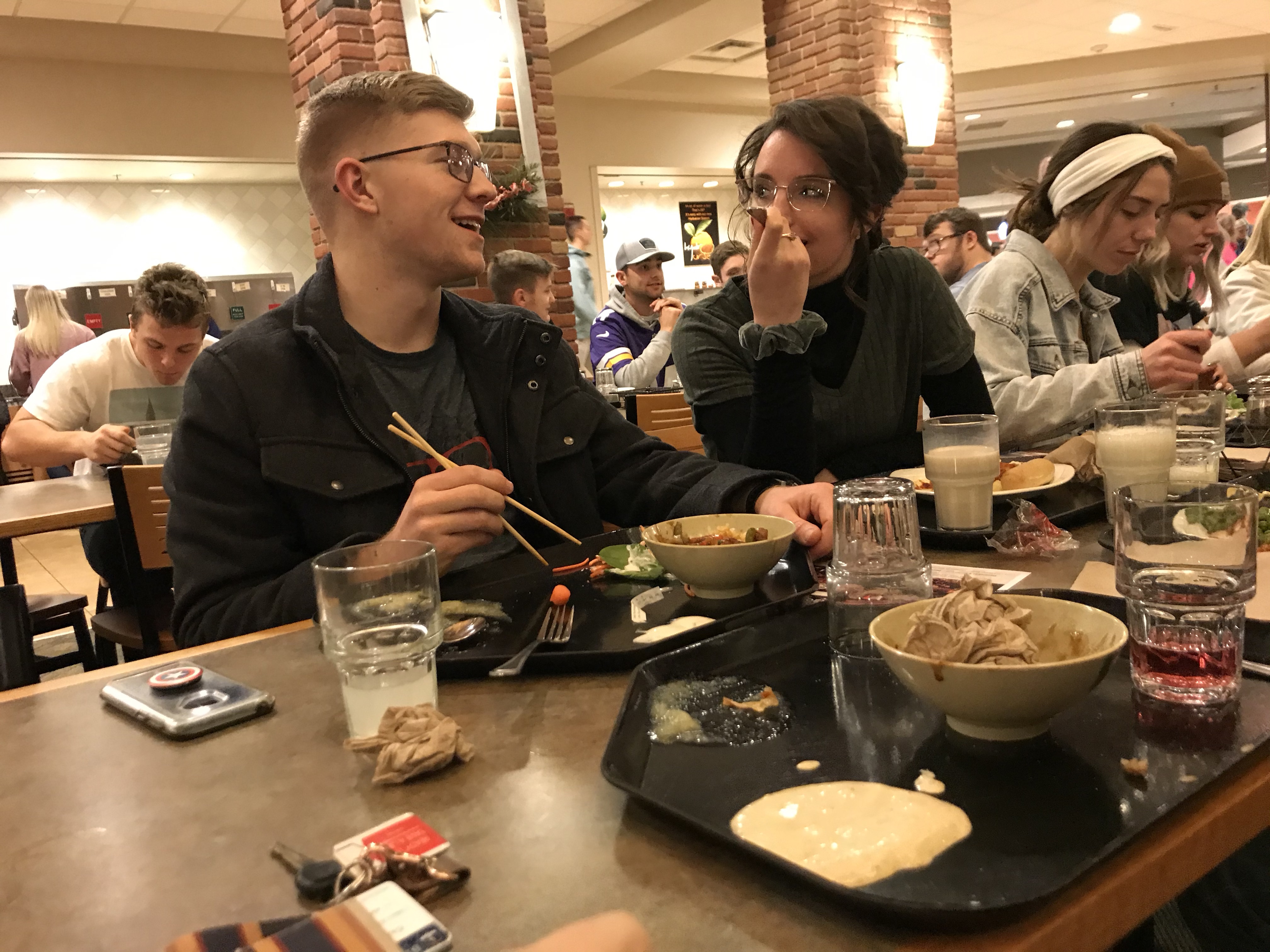 Bethel University sophomore Alex Telford finds a way to set and accomplish goals in the Army and at Bethel.

Bethel University sophomore Alex Telford stepped off the coach bus into the soggy air at Fort Jackson in Columbia, S.C. on June 18, 2018. The second his foot hit the ground, a drill sergeant screamed inches from Telford’s face to throw his bags down and start doing pushups.

Trainees passed out from the heat and ambulance sirens echoed in the background of the yelling drill sergeants. Telford had prepared for this moment for the past three months through research, physical training and prayer, and his excitement began to increase as the chaos surrounded him. Telford’s journey had begun.

Telford enjoyed many activities before joining the Army. In middle school, he knew he wanted to be part of the theatre and has since participated in 16 shows including The Music Man and Wizard of Oz. Throughout high school, Telford also participated in soccer, band and Lego robotics. But it was his interest and participation in the Civil Air Patrol that led him to join the army.

“The military has always been an interest to me,” Telford said. “As a kid I had great respect for members of the military, but it was never something I saw myself doing.”

But that didn’t stop him from researching and learning more about the Army. He talked with local recruits, watched videos and read from top to bottom everything the Army had to offer. Telford’s closest friend, Josh Marlatt, says he was surprised but excited with the path that Telford was looking into.

“I was so excited for him, but also worried because it is dangerous,” Marlatt said.

But in the end, Telford knew fear of regret was the reason he joined.

“I felt that call, that push. If I didn’t go through with it I would have regretted it,” Telford said.

And so, only days after high school graduation, Telford shipped out. His parents, Tammy and Kevin, faced mixed emotions dropping their second-born son off at the Armory in St. Paul, Minn. They wouldn’t see him for seven months and had no idea how he would handle the stress and mental transition.

“I am not a super emotional person,” said Tammy Telford. “The separation is one thing, but you are just going to miss him.” Yet, through the unknown, the entire Telford family was proud of the path Telford chose.

Soldiers were never able to go to bed when they wanted to, they had to wait up to an hour for sergeants to release them. Telford would have to wait in formation, standing straight and heels touching. But this experience built a new sense of pride and respect for the Army and for himself.

“I am absolutely proud of being a soldier, but I have far more respect for those who deployed,” said Telford.

After graduation from Basic Training, Telford moved to Advanced Individual Training at Fort Eustis, Va. There, he received training to become a 15 Tango, a UH-60 Blackhawk Mechanic, where he learned maintenance and cleaning of the helicopter. Upper authority was impressed with the hard work and dignity Telford showed; he was soon promoted to Student 1st Sergeant in which he and one other were in charge of 140 soldiers when drill sergeants were not available.

Telford ran the show anywhere from attendance to discipline. If one soldier were out of place, Telford and the entire platoon would be punished.

On January 16, 2019, Telford graduated from his training and began preparing for school. Before joining the Army, Telford had looked at multiple campuses across Minnesota including Bethel University. In the end, he chose Bethel because it is where he “felt most at home, and truly felt like himself.”

So he started setting new goals: to work hard in classes and make an impact on the campus. He now works as a Christianity and Western Culture teaching assistant, leads campus tours and is studying history and social studies education in hopes of becoming a teacher one day. Telford continues to attend drill for the Army, reporting for duty and working on Blackhawks once a weekend at the St. Cloud Municipal Base during the school months and for two weeks during the summer months. It is a full plate he is learning to balance, but he is passionate about each thing he is doing.

On December 5, the unexpected happened. A UH-60 Blackhawk took off from St. Cloud, MN Municipal Base for a basic maintenance test. Within minutes of takeoff, communication was lost with the helicopter and the Blackhawk crashed. The three crew members aboard died. Telford knew one of the members and had worked with him on maintenance in the past two months.

“You know when you go overseas it is going to be dangerous, especially in a combat zone,” Telford said. “But when something like this happens at home, here in Minnesota, that kind of thing shouldn’t be happening.”

Telford doesn’t often wear his uniform outside of training or tell people he is in the Army because he says his experience isn’t anything to brag about. But he is still proud. Proud of the goals he has set for himself, proud of his family—both at Bethel and in the Army—and proud of all that he has learned and accomplished.

Telford’s next goal? He will be taking his flight physical in January, beginning the process to become the crew chief for maintenance testing and applying for flight school. He also hopes to deploy soon, whether by choice or if his company is called up. But as excited as he is to serve the country and learn, he hopes to get married and have a family someday, too.

Telford will continue to represent his company, Charlie Company 211th Aviation Regiment, to honor his fallen comrades but to show the world that he can, and will, accomplish the goals he has.

“Whatever I do, I always want to give 100 percent,” said Telford.

0 comments on “Living a double life”