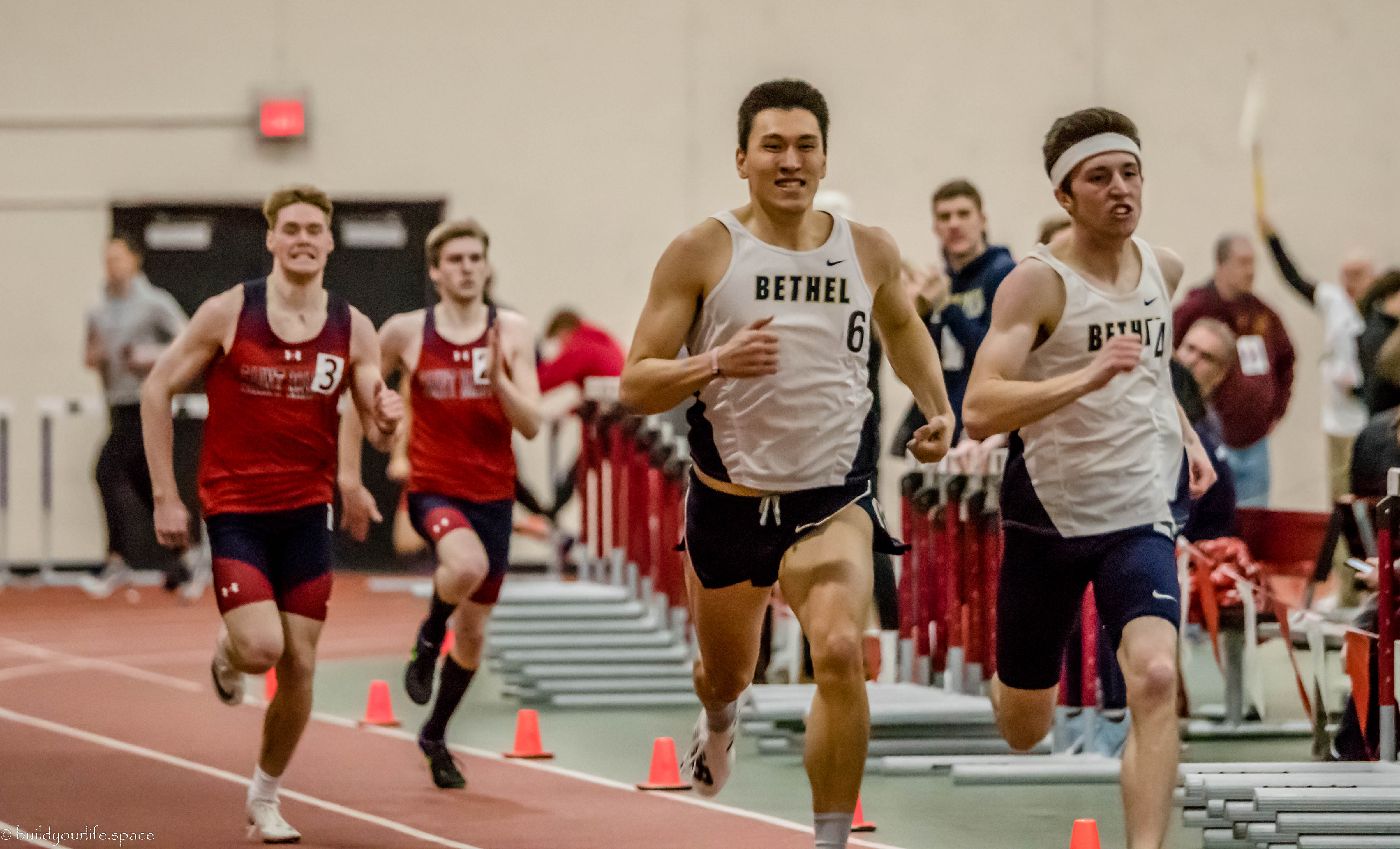 Bethel’s track team has been taking off during their indoor season. The men’s and women’s 4×400 teams have been on fire as they get ready for the outdoor season.

The Bethel men’s and women’s track teams are finishing their indoor season and getting ready for their outdoor season.

Today alone, the women’s track team earned a 2nd place tie for finish in the indoor MIAC Championships—the highest finish in program history—with both the 4×200 and 4×400 relays taking first place.

Senior Delia Labatt won her third consecutive 400-meter dash in facility-record time as well. On the other hand, the men’s 4×400 won their race at the University of Minnesota with the third-best time in Division III this year. The team took fifth overall in the championships with freshman Josh Sampson taking 3rd overall in the 200-meter dash.

So where does all this success come from? Is it extra work outside of practice? Are the coaches feeding the athletes extra protein shakes? Seniors Shawn Monroe and Johnathan Sweeney said, from the men’s side, that the whole team has done an amazing job stepping into their respective roles.

“This is a very bright season. We’ve had an extremely strong freshman class across all areas. Between the incoming class and the returners stepping up their game, we have done a fantastic job filling the leadership,” Sweeney said.

Monroe looks back on last year’s senior class, including All-American school record-holder Carl Klamm, as motivation for the team.

“Because we lost that, we individually had to pick up the slack even more. We all had to pick up our own stuff and get our jobs done. Now we’ve got people really showing up.”

The seniors held high praise for Bethel’s coaching staff as well, commenting on how important it is to the team that the coaches are focused, but also Christ-centered both on and off the track. “They coach us and raise us to be more than just athletes,” Sweeney said.

“Captains promote good morals and professionality. We have been given a gift to be on the team here at Bethel and everyone works really hard,” Junior Hannah Nelson said about the dynamic of the women’s team. “It’s just a really good community, even newcomers are like ‘wow you guys are really welcoming,’ and we take pride in that.”

Freshman Kelsie Sealock—who has made quite a mark for her freshman season by breaking the school’s hurdling record—attributes much of her success to the support of her teammates as well.

“This indoor season, as a freshman, has been so memorable because of the excitement that my teammates and coaches have given me,” Sealock said. “After I broke the record, I cannot explain how many hugs that I got which made me start to cry because of all of the love and support that I was getting from the team.”

Both teams are very excited for the outdoor season to begin, especially after a long winter featuring the Bethel Snowstorm Showdown as the season opener.

“We’re all excited for the transition to outdoor. We’re definitely blessed with indoor, but nothing beats the first practice on full 400-meter tracks with wide turns,” Monroe said.

0 comments on “All for run and run for all”