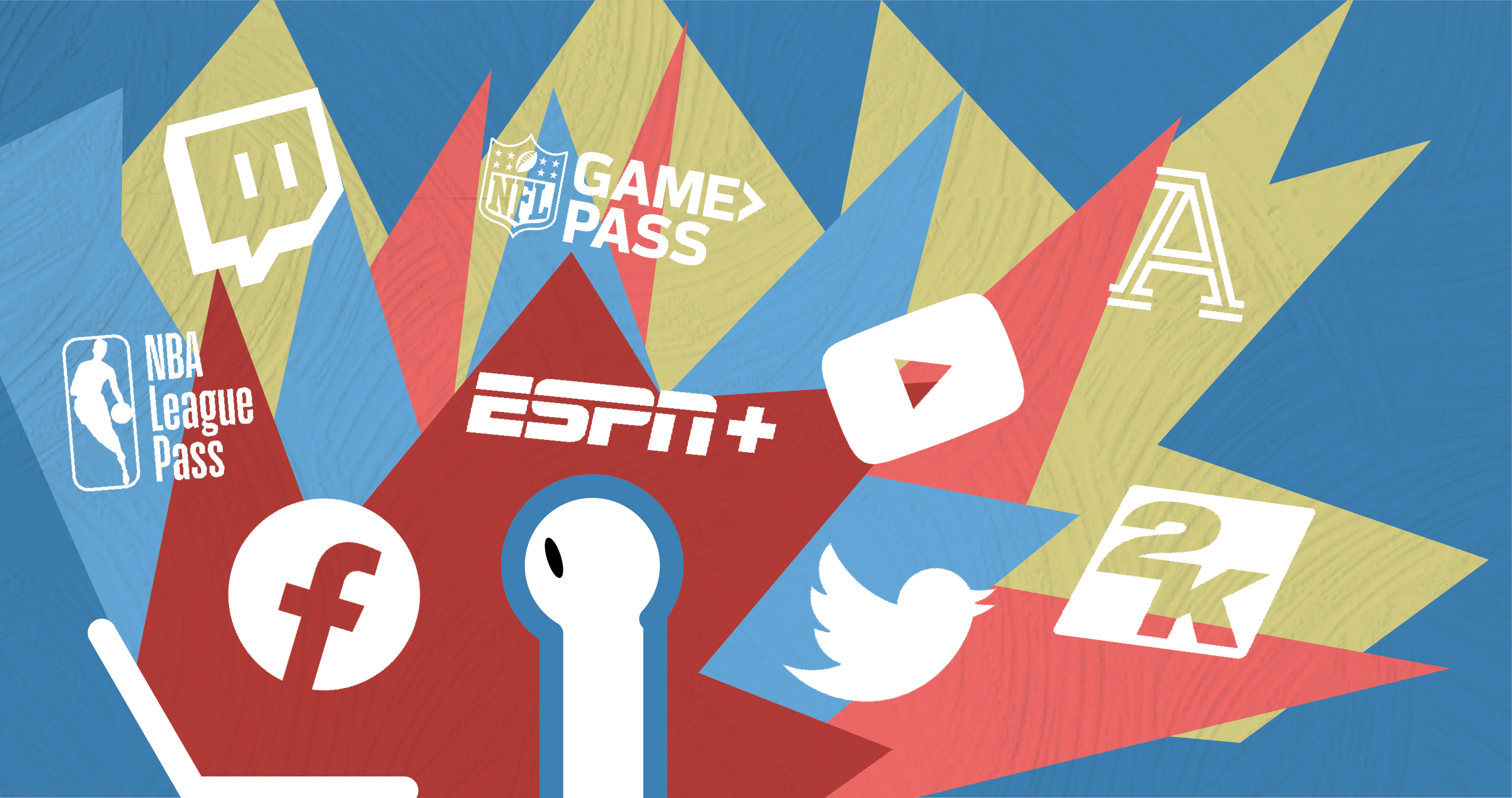 For the first time in recent memory, the five major sports of the world have been shut down from middle school to pro leagues. But not having live sports doesn’t mean that we can still enjoy them. This list is an accumulation of different places where you can still get your sports fix. Whether it be through an article, documentary or doing the pushup challenge on Instagram, we can still enjoy sports.

Aaron Gleeman is currently simulating the Twins season and writing game recaps for them as if the season is still happening. Read the madness here.

If you want to feel nostalgic you can read Jon Krawczynski’s retelling of when the Timberwolves reacquired Kevin Garnet before the end of his career.

The NBA and Turner Sports have partnered together to give basketball fans a free preview of the NBA’s premium content service. This gives basketball fans the ability to view full-length or condensed games from the entire 2019-2020 season, as well as a variety of old NBA games and classics in the archives. The subscription will stop being offered for free on April 22, so get it while you still can.

The NFL announced that their game pass service will be complimentary. This includes the ability to rewatch games from 2009-2019, access exclusive content, get 24/7 coverage from their NFL Network to keep up to date with free agency and more. The service is set to expire on May 31.

Just like the NBA and NFL, the National Hockey League has made a choice to increase the amount of free content that fans can gain access to. Write now you can see more written stories on NHL.com and fans who also use the NHL app will be able to gain access to more video content from old games and any replays from this season so far.

The NBA other leagues and teams have been rearing old classic games through Twitter, Facebook, Twitch and/or Youtube free of charge. You can watch classics like the first opening day game at Target Field for the Twins or Shaquille O’Neal’s career high 61 point game.

There are also a plethora of different sports videos or highlights on all of these platforms especially YouTube. Pavel barber videos are always great for a quick hockey fix, and Dude Perfect will satisfy your need for trick shots with their large catalog and overly excited reactions. Maybe it’s golf you’re missing, in which case Erik Anders Lang makes some great golf videos, and even recorded one with Brian Baumgartner who plays Kevin in The Office. Or, if you want to listen to players from around sports talking during games, searching “Mic’d up” is always a blast.

Right now ESPN Plus gives subscribers access to their library of shows and documentaries. This includes the 30 for 30 series, Peyton Manning’s interview show “Peyton’s Places” and a variety of other content. Through the subscription, you also get a number of classic games and events from tennis to hockey.

What 30 for 30’s should you watch? To start, the documentary on Dennis Rodman “For Better or Worse” is a heartbreaking tale about the man they called “The Worm.” If you don’t know how the Red Sox broke the Curse of the Bambino, then “Four Days in October” is a must watch. Lastly, one of the most infamous days in sports, “June 17th, 1994,” will leave you in disbelief.

Another reason to sign up for this service is the 10-part Michael Jordan documentary that will premiere on April 19. The service is $4.99 a month.

The NBA is going to broadcast a 2k20 event that will see different stars from across the league facing off on ESPN. The bracket has been announced and will see players like Kevin Durant going up against Derrick Jones Jr. and Andre Drummond playing Demarcus Cousins. The tournament starts Friday, April 3.

The Ringer is a great source of sports and entertainment content that will make you laugh while satisfying that need for sports. Anything from the Bill Simmons podcast to a breakdown of the basketball game played in The Office is great content and worth spending your free time on.

If you are missing football, Remember the Titans is always a classic that will have you cheering at your screen one moment and crying the next. The film is available on Disney Plus.

If you are missing hockey, Miracle is great for getting your heart pumping as you watch the 1980 US men’s Hockey team take on the Soviets at Lake Placid. The film is available on Disney Plus and Netflix.

My personal favorite Moneyball is a classic baseball movie about the underdog Oakland Athletics and how Billy Beane changed the game of baseball. The film is available for rental on multiple platforms but currently not streaming.

Space jam might be the most iconic sports movie ever. You can get ready for Lebron James’ sequel coming this summer by watching the original. The first film is available on Netflix.

Besides this list, try doing what you did as a kid. Go for a run, play basketball at a park (while still social distancing) or ride a bike around a cul de sac for hours. Pro sports might be on hold for the moment, but there is still a lot that we can do, so grab your old Nerf basketball hoops and make a Tik Tok that gets a million likes.

Check back for more updates.

0 comments on “Where can you get your sports fix?”