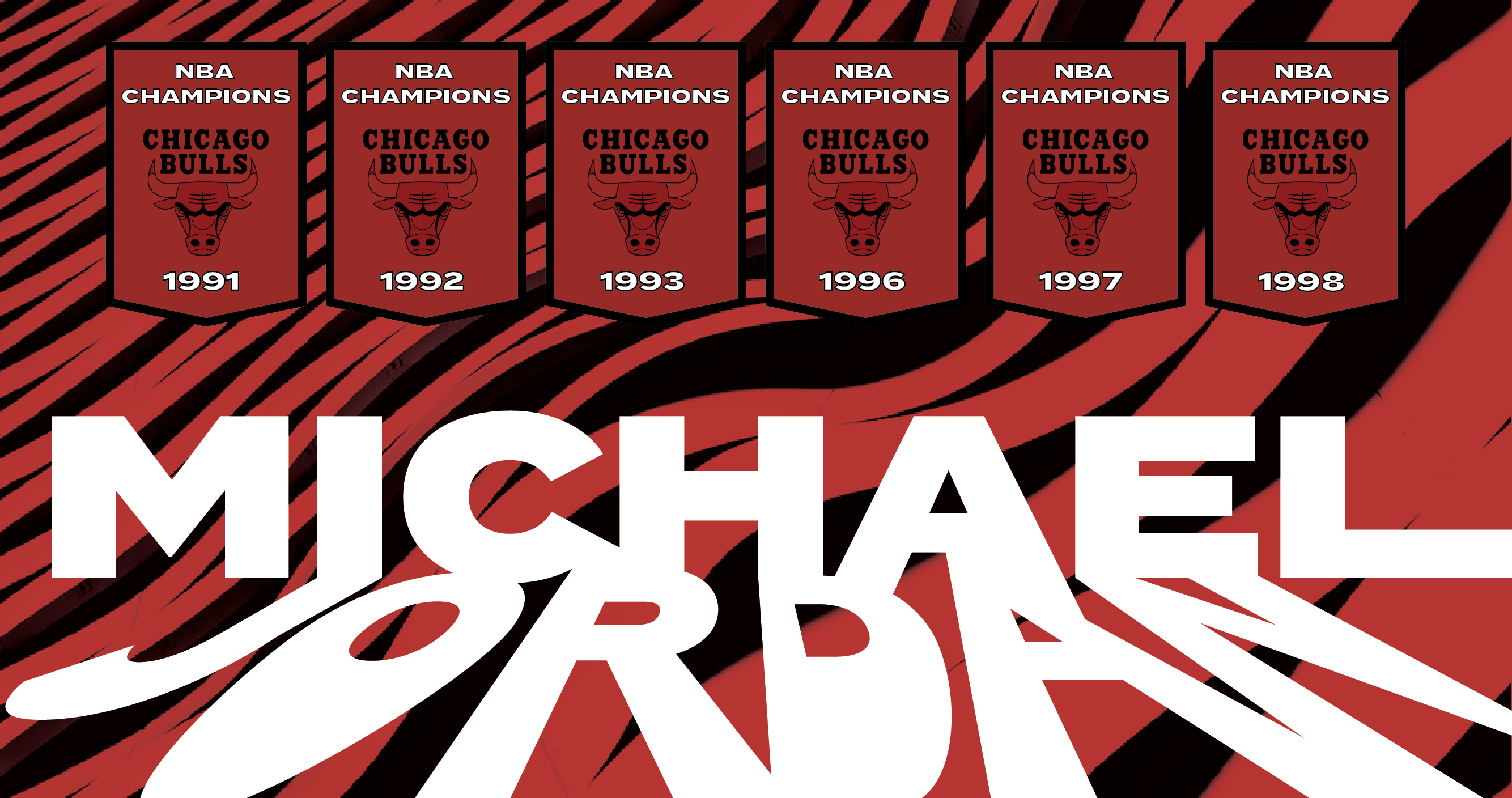 The Michael Jordan documentary “The Last Dance” explored the iconic player and Chicago Bulls team that dominated the 90’s. The Clarion has been rotating through separate staff members’ reviews of the doc. This week we conducted an exit survey concluding our coverage.

What is your Tweet length review of The Last Dance?

As a lifelong Bulls fan, this is a top 5 Bulls experience for me. – Josh

I cannot get enough of Dennis Rodman party detours. – Jared

The Jordan vs. Lebron debate ended after the third episode. – Joe

I think MJ cared more than anyone else in basketball history. He’s still angry about something that happened in a random regular season practice more than 20 years ago. MJ is MJ because he cared. – Josh

He’s wired differently than anyone on the planet. And it’s been justified for 22 years because of the undeniable results. – Jared

Jordan was a very talented basketball player, but there have been numerous skilled players in the league. What Jordan had was the mental game, the emotional toughness. Nothing and no one can beat that. – Joe

His ability to acutely focus on the singular goal of winning. We saw him go to extreme measures to get physically and mentally prepared for winning the championship year in and year out. – Sam

What have you learned about the Bulls era of basketball that you did not before?

I already knew just about everything that was talked about in the doc, but I hadn’t seen everything. I was born a few years too late for that, but I feel like I’ve seen it all now. And it’s so satisfying. – Josh

Scottie Pippen was picked by the Seattle SuperSonics in the 1987 draft and traded to Chicago immediately for a bench player and a 1989 first-round pick. Seattle traded that pick BACK TO CHICAGO two years later for Brad Sellers (yeah, you’ve never heard of him because he wasn’t good), and the Bulls took the ageless B.J. Armstrong. What a FLEECE. – Jared

I never realized just how crazy MJ was. You always hear about how talented he was but Jordan was a psycho when it came to winning. He did not only play the game on the court but the game in your head. Reggie Miller said he was always the best trash talker, and he could back it up with his play. – Joe

Just how crucial Phil Jackson was to that team, especially in the second three-peat. When it comes to leading a team of superstars, especially one that includes MJ, managing egos is the name of the game for the coach. And no one in history is better at that than Phil. Allowing Dennis Rodman to go to Vegas during the season is just one of the many things Phil did to keep the chemistry of the team alive when it could’ve been disrupted. – Sam

Does this make you believe that Jordan is the best player of all time or not?

I believed Jordan was the GOAT before this series, and I’m more confident of that now. Nobody had ever been, nor has been since, as transcendent as Jordan. – Josh

MJ’s the greatest basketball player of all time. A lot of factors play into my all-time player rankings, and LeBron James is not that far behind – but Jordan will never collectively be lower than number one in NBA history. – Jared

If you can watch this documentary and have any thought in your mind that someone is better than Jordan you are crazy. I love Lebron and Kobe but they are not better than MJ. His drive, talent and ability to win basketball games make him the GOAT without question. – Joe

I believed Jordan was the greatest going into this doc and I am even firmer in my stance after. No player will ever have that combination of supreme talent, competitiveness, media status and legacy to compete with MJ. – Sam

What would you change about the doc? What worked and what didn’t?

I don’t think I’d change anything. I loved this. Especially the highlight tracks to Wu-Tang and OutKast. – Josh

I wanted some “Michael Jordan, the owner” at the end of the finale. How does his role as the Charlotte Hornets head man affect his stone-cold killer mentality he cried about last week? – Jared

I wouldn’t touch it. I have never seen a more complex and in-depth documentary in my life. And the soundtrack was maybe the most underrated part of the whole series. – Sam

What did you want to see more of in this documentary?

I’m completely and fully satisfied. The only thing I’d like to see again in the future is MJ watching clips on the iPad. That was gold. – Josh

I love Dennis Rodman with all my heart. He’s had a ton of ESPN doc screen time over the last few years, but he’s such an icon of human intrigue and intricacy I’d watch his interviews all day no matter how little he says of substance. – Jared

Like I said in what I would change, I wanted to see more from guys like Rodman and Pippen. For Rodman I can watch his doc and “The Bad Boys,” but for Pippen I wanted more about him. – Joe

I thought it was pretty extensive, but if there was one thing I wanted more of it was probably Phil Jackson. The man is, to me, the greatest NBA coach of all time, and maybe of the greatest coaches of any sport. I feel like there was even more we could have found out about his rise to stardom. – Sam

What is it like getting to experience this type of basketball for the first time? (being that some of us were barely or not even alive for it)

I haven’t seen the United Center roaring, the pinstripe jerseys flashing and the world watching the Bulls in awe like this before. The best I got is a 50-win Bulls team about a decade ago. Seeing a truly dominant Bulls team gives me chills, and I couldn’t help but smile for most of The Last Dance. – Josh

Technically speaking, the producers of the show really pulled out the stops to let the tape do the storytelling. As a recently-minted NBA history buff, the many callbacks to ‘80s and ‘90s players and teams I’ve researched so diligently paid off in entertainment value. – Jared

The scenes around the Bulls portrayed them like they were the Beatles. Crowds and crowds of people followed them literally wherever they went, even France. They were truly a worldwide team that I have not seen any comparison to today. – Sam

How do you view Jordan after watching this documentary? Is he not a “nice guy” in your eyes?

I view Jordan as maybe more transcendent than ever after the doc. He is unbelievable. But no, not so much a nice guy. – Josh

Jordan was not nice. But who cares, when you are deemed “Black Jesus” you can act however you want. – Joe

He wasn’t nice, but he didn’t need to be. His goal was to win at all costs and if that meant exuding tough love, so be it. His drive to win meant sacrificing the label of a “nice guy” and I think he was content with that. – Sam

Who is shone in the worst light in this documentary?

This was such a tough look for Scott Burrell. – Josh

Honestly? Save for his mini-profile in an early episode, Scottie Pippen didn’t make himself look too great – especially with doubling down on the decision to bench himself in the 1994 playoffs. – Jared

I think they could have shown Bill Laimbeer’s good side. – Joe

Isiah Thomas took a hit during the Bad Boys and Dream Team episodes. Walking off the court after losing in 1991 and being left off the Dream Team, whether fair towards Isiah or not, will be memories for people who saw this transpire for the first time. – Sam

How do you view Jerry Krause knowing that he played an integral part in creating the dynasty but ultimately destroyed it?

The Last Dance was a hard series for Krause, especially since he isn’t here anymore to give his side of the story. KC Johnson, a Bulls beat writer, has published content from Krause’s memoirs every week, so I’ve been able to at least see some of Krause’s side. It’s pretty much a, “you live long enough to see yourself become the villain,” situation. But, those 6 ‘chips are still 6 ‘chips. Go Bulls. – Josh

Bulls owner Jerry Reinsdorf enabled a lot of Krause’s genius personnel moves and what-the-heck press conference statements throughout the Bulls glorious championship tenure. I think the hubris was rich in both of their cases, and I would not mention one’s successes or shortcomings without the other. – Jared

He deserves a ton of credit for building the nucleus around MJ, with acquiring Scottie, Rodman and others, but also in the same light deserves the majority of the blame for being stubborn and breaking up the team. – Sam

What was the most shocking moment of the docuseries?

Realizing Carmen Electra’s sitdown interview was from this decade and not the 1990s. – Jared