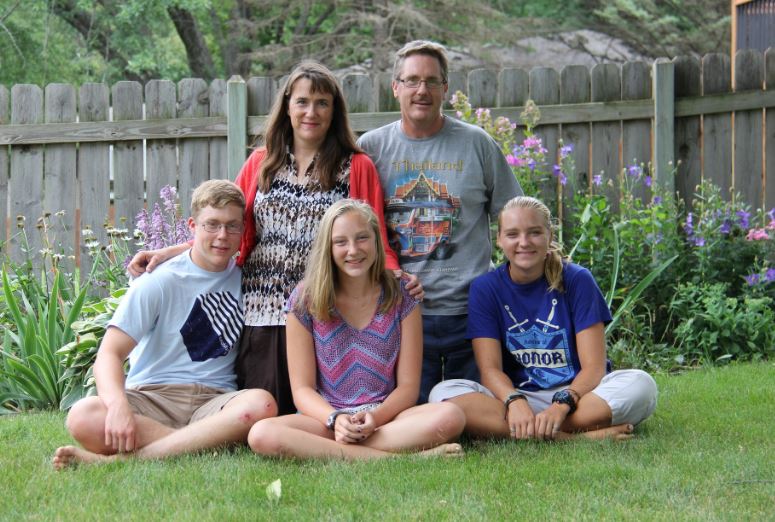 One of the few students left on campus, across the world from his family, a Bethel senior has had no problems keeping himself occupied.

Zach Tebow still wakes up every morning and walks to the Brushaber Commons. He still eats in the Monson Dining Center for many of his meals. He still does his lab work and senior research in the science labs. And he still disc golfs on Bethel’s course. But there isn’t really anyone else doing this.

Tebow is one of just fourteen students still on campus, and they all live in the Danielson building of North Village, even though they don’t interact much. Despite this isolation, Tebow hasn’t had any trouble entertaining himself. After moving five truckloads of his and his former roommates’ belongings from Heritage Hall to his new dorm, Tebow settled into something of an old pattern.

Tebow grew up in Thailand, where his parents still work as missionaries. As a child, he held tournaments on his Nerf basketball hoop with no one but himself. He played as sixteen teams split across four divisions. It’s a painstakingly long, tedious process, but that’s the point, Tebow said. Now, Tebow’s childhood game has returned to Bethel’s disc golf course. Team D4 completed a miraculous comeback against D2 last week.

He’s also found time to get in touch with two other aspects of his life: cooking and faith.  While his success in mixing hot chocolate powder into pancake batter is something he celebrates, Tebow finds more joy in his vastly expanded prayer life.

“I knew that with all this there was no more excuse,” Tebow said. “Who knows what the summer will look like, so I decided to do this now.”

The Tebows have often found themselves separated by the 8,000 miles and a 12 hour flight that stand between Minnesota and Thailand, but during the pandemic, they’ve experienced a similar lifestyles, even at a distance.

“This is the first time we’ve ever really experienced the same thing,” Tebow said. “It’s usually the opposite.”

His family still holds its regular video chat every Friday night, and the weekly viewings of Bethlehem Baptist Church’s online services haven’t changed, but now they’re bound by the global pandemic as well.

Thailand has only reported 56 deaths from COVID-19 out of a population of nearly 70 million, which is partly a result of a quick and firm closing of the country’s borders. Tebow’s mother will be traveling to Minnesota from Thailand to be with Tebow, his sisters and grandparents, but the family’s concern is not in getting her into the United States, it’s getting her back to Thailand, as the country closed itself off from foreigners, which technically includes the Tebows.

For the time being, Tebow is still flipping hot chocolate pancakes in his kitchen while listening to Matisyahu, passing the time playing massive disc golf tournaments by himself and waiting for the day when he will have roommates again.

0 comments on ““There was no more excuse”: Zach Tebow”