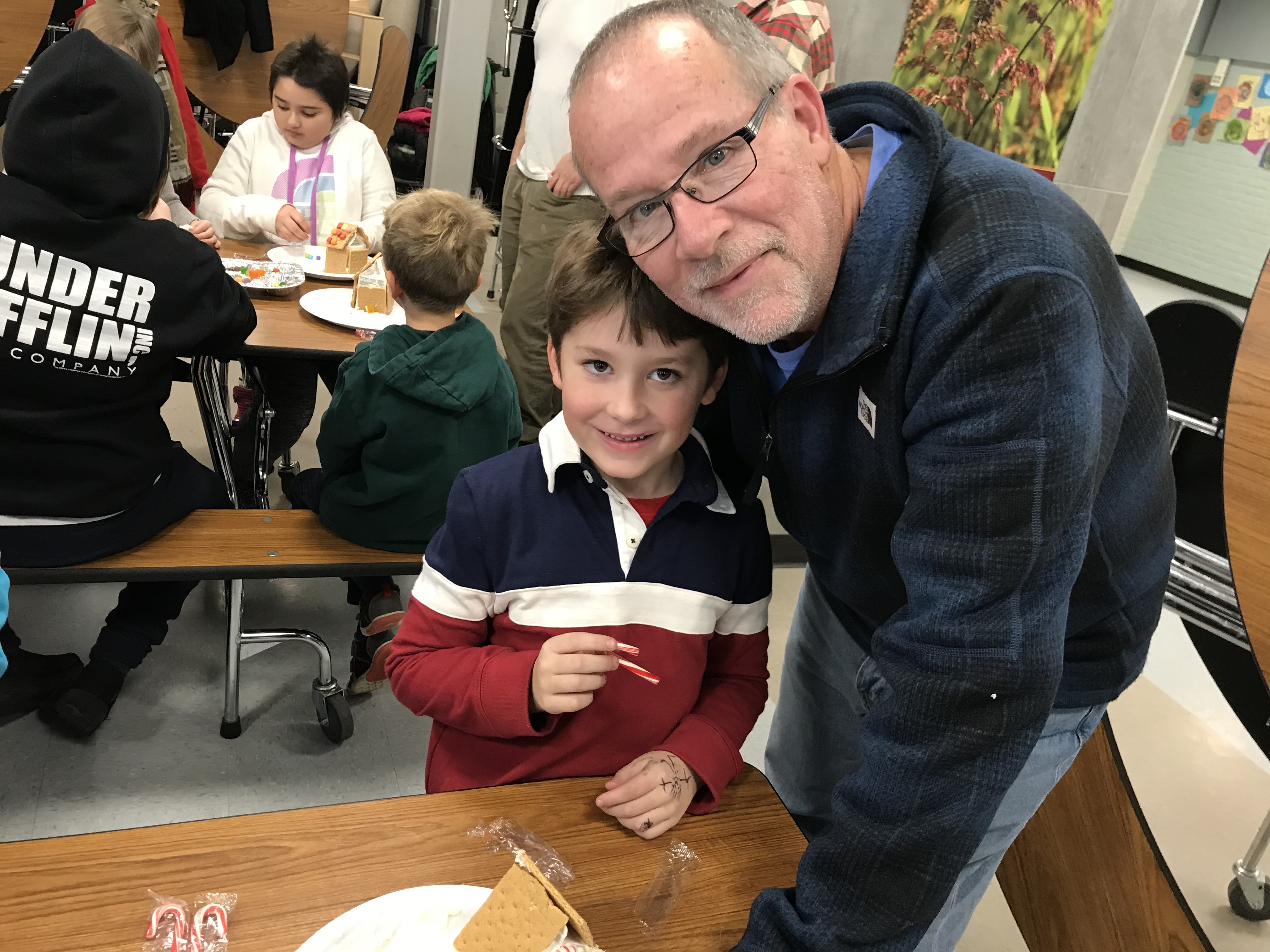 A Bethel adjunct professor used to spend almost every weekend building LEGOs with his grandson. Although the pandemic changed that routine, the two still stay connected.

Dan Rotach used to hold his grandson on his lap and build LEGOs at the kitchen table. The two would work together almost every weekend to build campers and airplanes and space shuttles, Rotach sometimes looking up to check the Bethel football or basketball game playing on his iPad across the table. His grandson, Cash, kept his eyes on the LEGOs and stayed seated long enough to make his grandpa’s legs numb.

At night, Rotach’s wife, Judy, would read to Cash in the bedroom set up for the weekends her grandson visited from his parents house. “Walter the Farting Dog” by William Kotzwinkle and Glenn Murray was his favorite book. And the title still makes Rotach laugh.

Six-year-old Cash hasn’t built a LEGO set on the kitchen table since the pandemic got serious. He hasn’t nuzzled against his grandma and listened to stories. And the closest he’s gotten to sitting on his grandpa’s lap is holding the other end of a six-foot rope that Rotach borrowed from a neighbor and brought to Cash’s house.

When Cash first learned that he couldn’t spend the weekend at grandpa and grandma’s anymore, he asked Rotach a question: “You mean you can’t rub my shoulders?”

Now, Rotach only sees Cash from a distance or through an iPad screen. He told Cash to call him on FaceTime at any hour of the day or night. Last week, Cash called at 6 a.m. because he had a nightmare and needed his grandpa to tell him that it was going to be OK.

“Thought I can’t come over there and hold you, you can get a hold of me whenever,” Rotach told him.

Rotach, who works as a marriage and family therapist and the pastor of Knox Presbyterian Church in South Minneapolis along with teaching Bethel courses, said that the first thing he wants to do after it’s safe to see his grandson again is go to Fleet Farm or Target and buy whichever LEGO set Cash wants.

Then, he wants to sit down at the kitchen table and set Cash on his lap.

“I don’t care how numb he makes my legs,” Rotach said. “We’re just gonna build it.”

1 comment on ““You can get a hold of me whenever”: Dan Rotach”