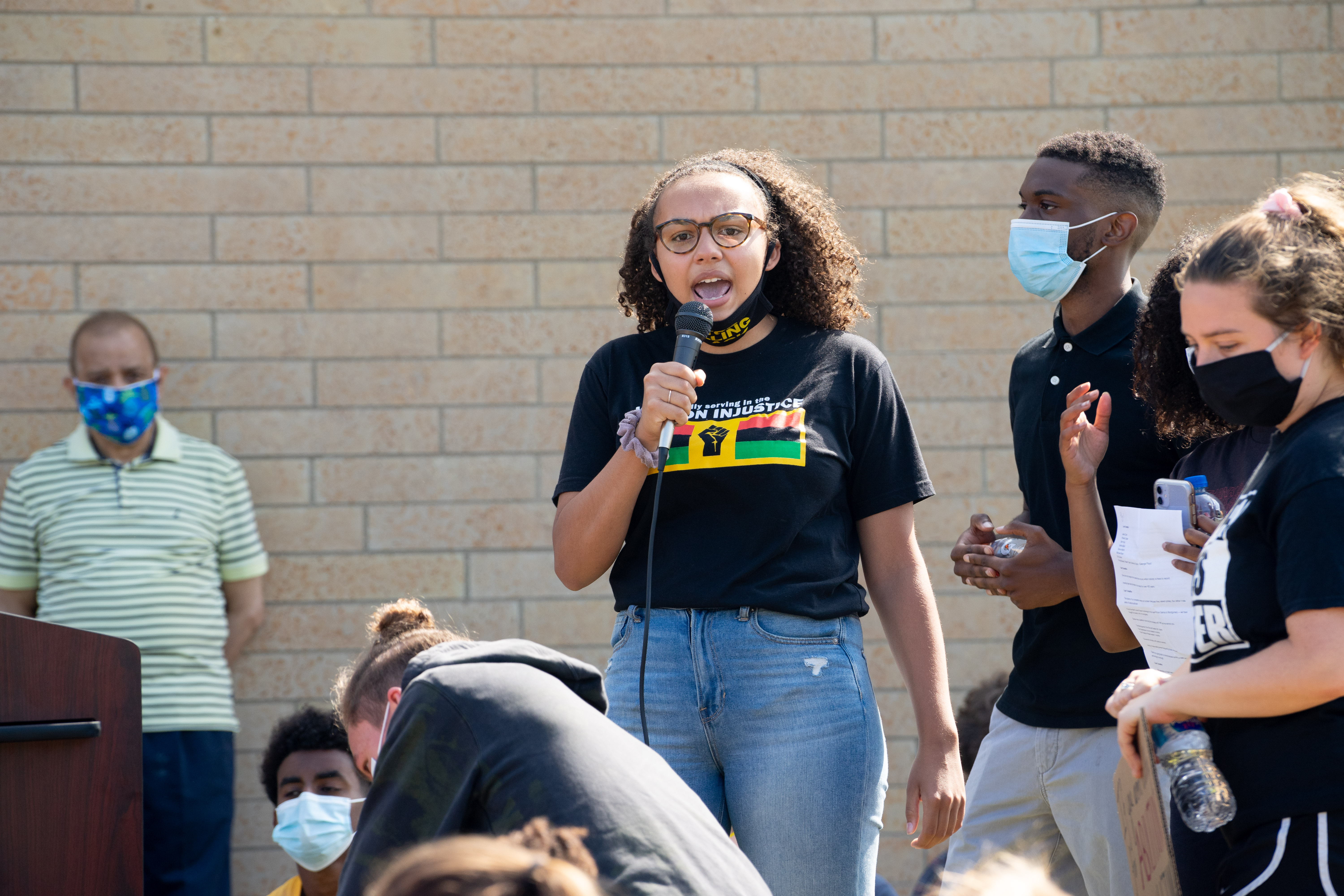 By Will Jacott and Jake Van Loh

The protest was organized by Awaken the Suburbs; a group of students and recent graduates from Irondale and Mounds view high schools. Protestors congregated in the parking lot of Shoreview City Hall at 3 p.m. and listened to instruction from the organizers. At 3:30 p.m. the 1.2 mile march toward Arden Hills City Hall began as protestors made their way down the blocked off Highway 96, taking up the entire westbound side of the road. The march concluded at Arden Hills city hall where protestors listened to speeches, poetry and music led by black students.

According to the Awaken the Suburbs Instagram page the purpose for the march was “We, the youth of the northern Twin Cities, condemn the murders of George Floyd, Tony Mcdade, Breonna Taylor, Philando Castile, Jamar Clark and many others caused by the systemic failure of policing. On June 13th, we peacefully march in solidarity with our Minneapolis community, but also as a call to action to our communities. We must stand up to systemic racial injustice and make our communities as just, equitable, and inclusive as possible.”

0 comments on “Awaken the Suburbs: a march down Highway 96”