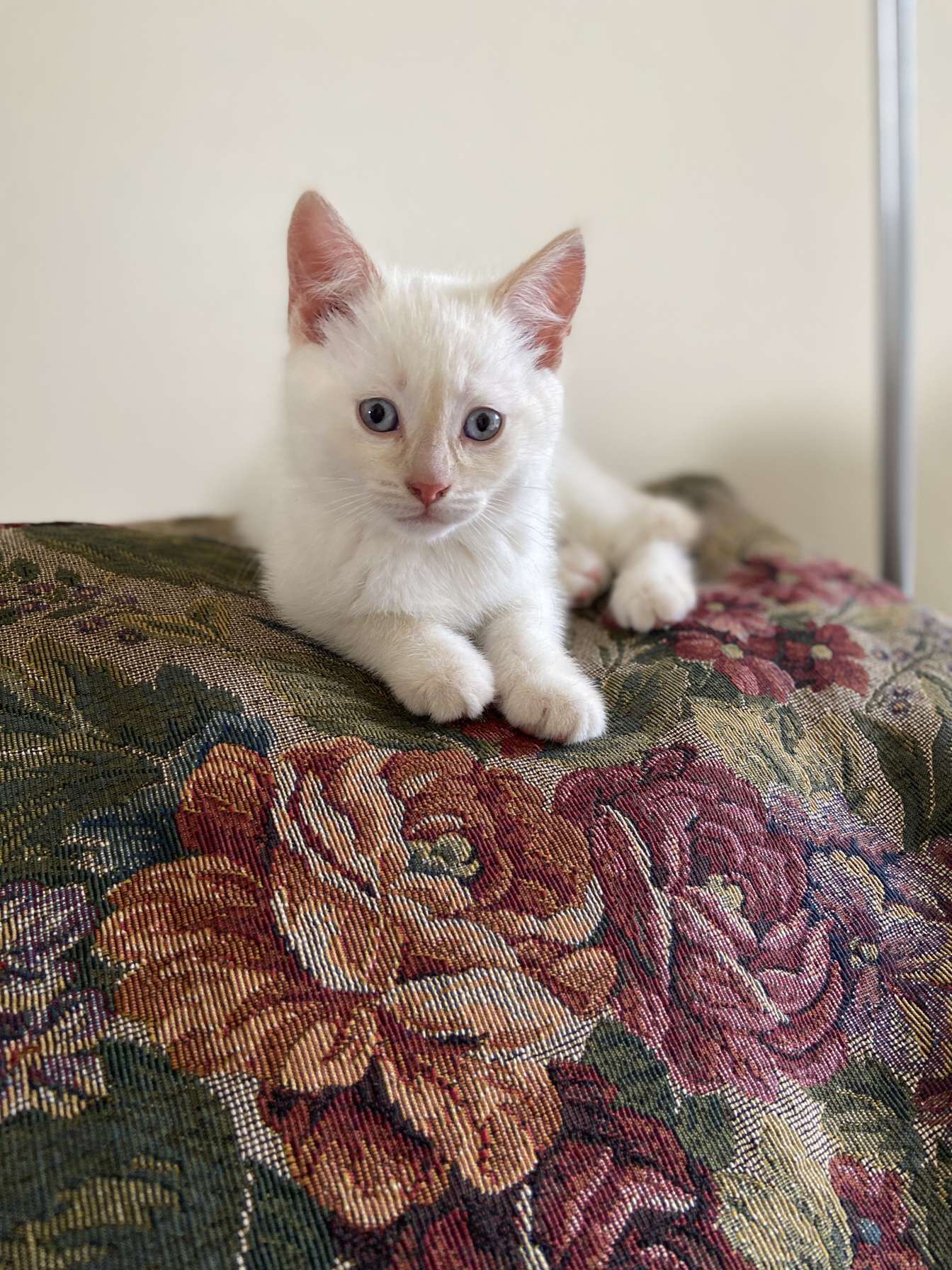 Extra free time from quarantine has resulted in a rapid increase of pet adoption across Minnesota, and in the Bethel community.

In late March, the Animal Humane Society announced their impending closure due to coronavirus. Just before shelters were forced to close their doors, the AHS was flooded with adoption requests as Minnesotans sought out ways to spend their newly allotted free time.

The AHS’s Golden Valley location, approximately twenty minutes from Bethel, has been working hard to provide resources, such as affordable medical care and behavior advice, for local pet owners in an attempt to keep pets in homes rather than shelters. Locations in St. Paul and Coon Rapids plan to open for adoption by appointment shortly.

The humane society isn’t the only place animals can be adopted locally; pet stores, breeders, farms and online shopping sites are all viable options.

Incoming Bethel students Makenna Cook, Journalism major, and Joy Sporleder, Graphic Design major, recently adopted a barn kitten they found after “extensive Craiglist research.” Sporleder said the adoption process took two weeks including pickup, but that they’d officially paid for their kitten, Skye Clover, online after a few days. Cook and Sporleder recently moved and wanted to make their apartment feel more like home. They said adopting Skye would help with that. Besides, the two had been searching for a white kitten for years. Sporleder said caring for Skye has been a bit more difficult than expected due to the kitten’s separation anxiety and hearing issues.

“It has been a little more difficult, but nonetheless very worth it,” Sporleder said. “It’s really nice when we are at home and it’s made more of an impact with being in a new environment. Since Mak and I just moved into an apartment, life has been full of change and having a kitten has greatly helped our moods.”

Dani Morrow, a recent Bethel graduate with a business degree in HR and marketing, has four more legs at her place as well. Zelos is her three-month-old German Shepherd puppy. Zelos was adopted through a breeder and took three months. Morrow and her boyfriend wanted a dog who could go on adventures with them, and Zelos was the perfect candidate.

“He truly has changed our lives for the better,” says Morrow. “He loves to swim, so we are spending every day outside, which keeps us busy.”

Before the pandemic, the AHS said between 75 and 150 animals were available for adoption in Minnesota on a daily basis. Now, with only two locations open for adoption, 20 to 30 adoptions are available per day.

Sarah Bhimani, Internal Communications and Content Producer for the AHS, said that this is partially due to the limitations of adoption by appointment, a more time-intensive process that Golden Valley and Woodbury locations have switched to in order to minimize in-person interaction, and partially due to a decrease in interstate pet transport.

“Pre-COVID, we used to work with partner shelters out of state to transport animals here for adoption,” Bhimani said. “But we’ve been unable to do that because of the risks of interstate travel.”

Pet adoption could previously happen within the span of 24 hours, but adoptions by appointment often take a bit longer.

When it comes to worries of pet adoption returns and pet neglect post-coronavirus, the AHS remains optimistic.

“We don’t think we’ll see any significant increase in the number of returns because of the post-adoption behavior and veterinary support we have in place,” Bhimani said. “That being said, if it does happen, we have the processes in place to make sure it is as smooth as possible for the adopter and pet.”

The AHS has humane agents constantly on alert for animal neglect. While an increase in neglect is not predicted, the AHS said that more calls and concerns are expected as we return to daily community life.

Beginning in late March, the majority of animals still in shelters went home with foster volunteers and staff to await the approval of adoption by appointment.

“Across the nation, animal lovers… are going the extra mile to help animal shelters struggling with a new normal, like the rest of the nation,” writes Kitty Block, Humane Society CEO, on the United States Humane Society blog. “And with most Americans working from home or with reduced work hours, there has never been a better time—or reason—for people to get involved with fostering and adoption.”

For more information on how you can help, visit the Humane Society webpage.

0 comments on “Pet adoption spikes across Minnesota due to coronavirus”