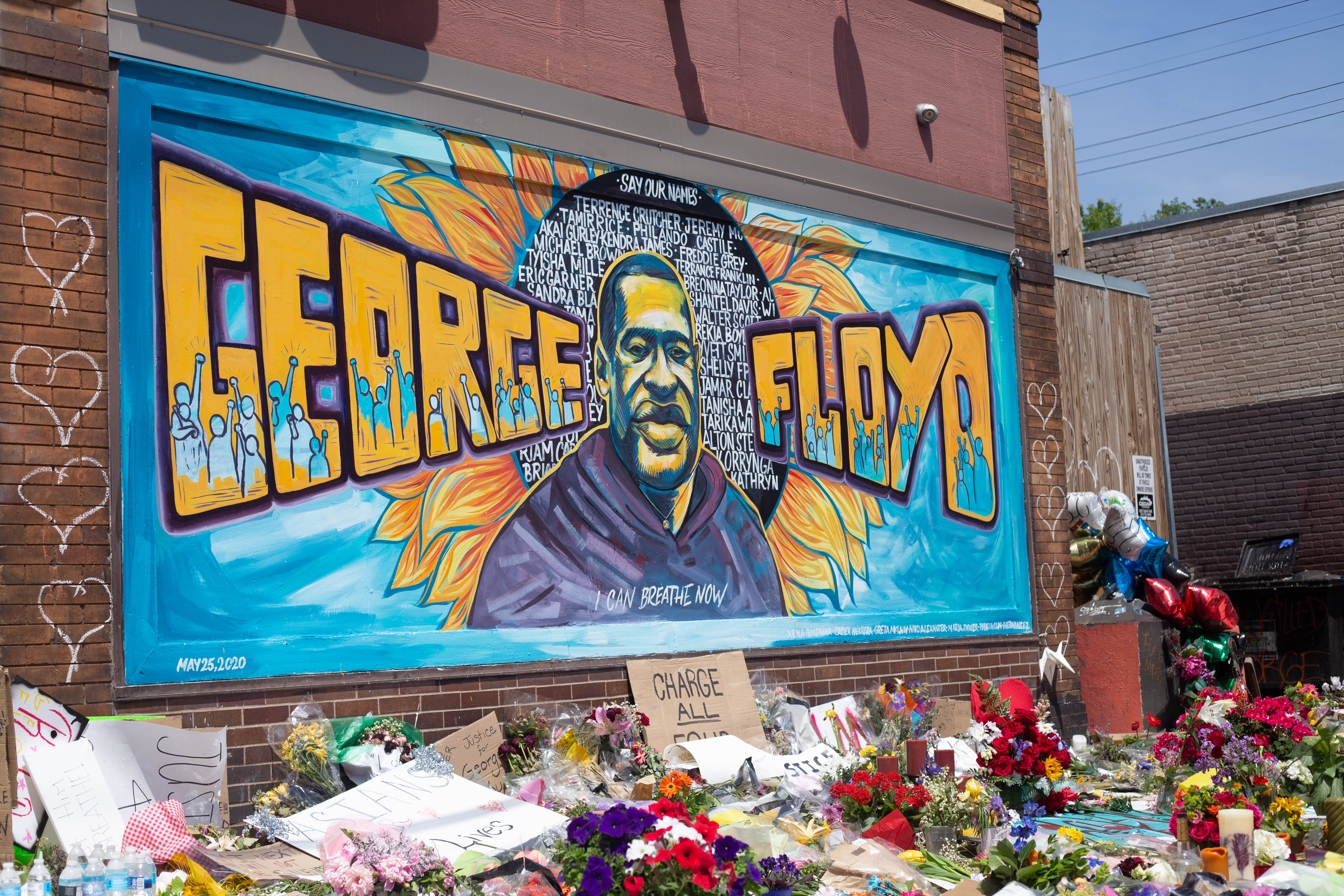 A 2017 Bethel University graduate identified as Daniel Michelson defaced the George Floyd mural on the side of Cup Foods in South Minneapolis with spray paint Tuesday night.

Michelson, a 26-year-old Rochester medical student who majored in biochemistry at Bethel, was chased away by a volunteer security guard when witnesses saw him spray painting over Floyd’s eyes with black paint, according to a Minnesota Reformer story.

After losing his footing a few blocks away from the autonomous zone at 38th and Chicago, the site of Floyd’s murder, Michelson was caught by another volunteer guard who asked him who he was and why he did it. Police were not called, as is now custom for such incidents that happen in the eight-block area surrounding the George Floyd memorial.

A witness said Michelson then smiled for a photo, which was later posted on social media and helped the public identify him.

@MNUnitedAF Anyone recognize those jackhole? He came to 38th and Chicago and defaced the mural@of George Floyd. We ran him out of his flipflops but he smiled for this pic. Whose fan is this? #JusticeForGeorgeFloyd pic.twitter.com/qQtaajmdjQ

Michelson told the Minnesota Reformer he had gotten drunk alone in his apartment, five miles away, and has no memory of spray painting the mural, although he remembers running home.

He has agreed to pay for repairs to the mural and says he wants to work on reconciliation with the 38th and Chicago community.

The Clarion was unable to reach Michelson for further comment.

Just two weeks prior, Bethel faced criticism from alumni and community members on social media following its announcement of a George Floyd Memorial scholarship. Commenters shared concerns about Floyd’s criminal history and debated whether Floyd should be honored with a scholarship in his name.

Bethel’s new president, Ross Allen, has since announced a commitment to “make meaningful improvements” with racial reconciliation at Bethel in the coming year.

In a university-wide email sent out Thursday evening, Allen wrote,  “My heart ached as I read about another act of violence and hatred toward the Black community… This vandalism, along with any instance of racism or discrimination, has no place in our community.”

Allen concluded his statement with an announcement of the Bethel University Institutional Action Plan for Diversity and Racial Healing, which he wrote will be shared with the community “in the near future.”