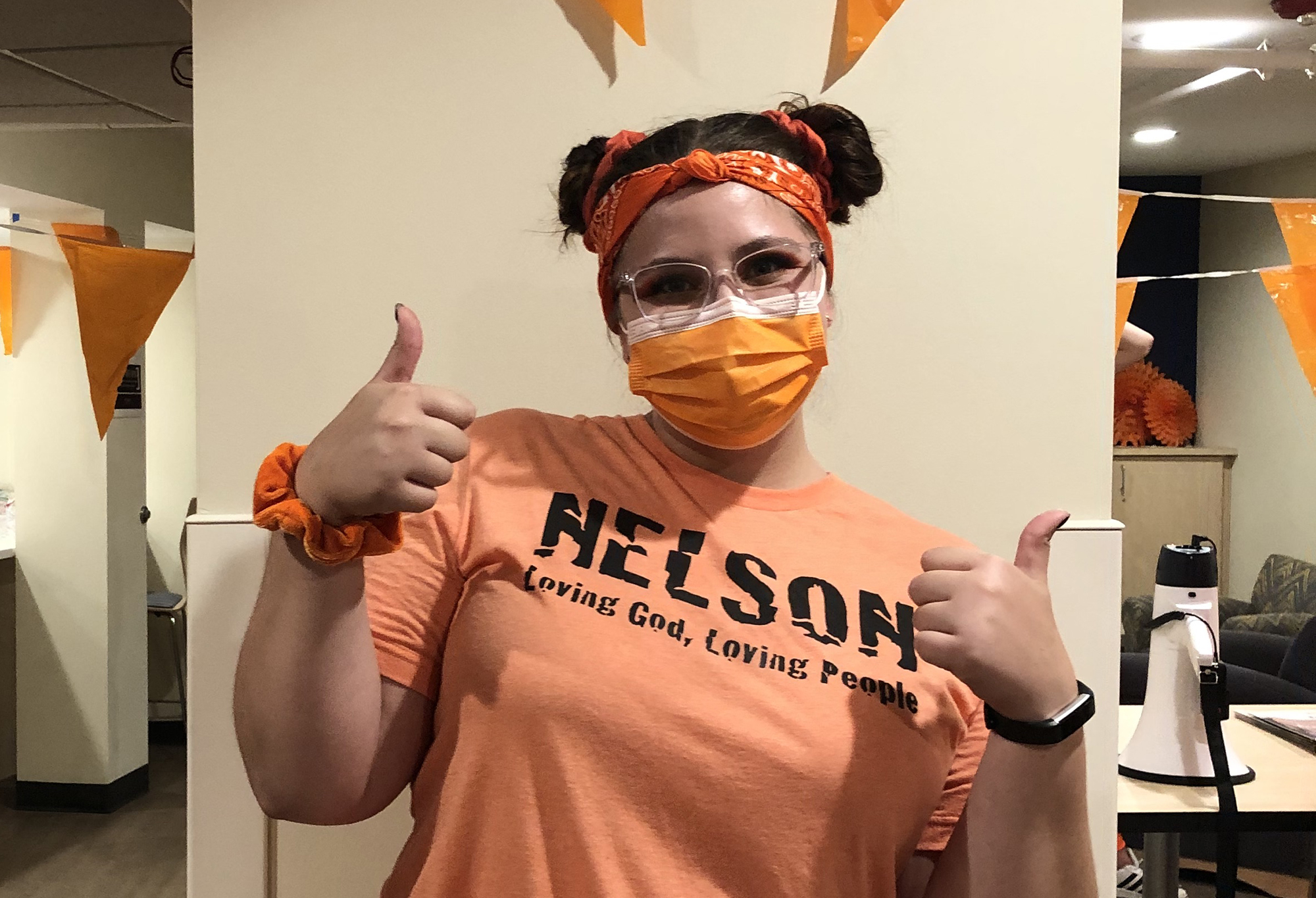 Freshman Kate Osgood twirls an orange flag outside the Robertson Center gym at Bethel University as she waits to be called in to perform the Nelson Hall cheer. Around her is a sea of orange, Nelson’s hall color, as more than 30 freshmen from Nelson shake out their hands and practice the dance break one last time.

A cheer captain, Osgood has gone all out. Her eyelids glitter with orange eyeshadow, she wears bright orange flare pants and an orange bandana headband tops it off. After hours of practice, she knows the routine.

“If you’re not confident that your team is gonna win, you’re not gonna,” Osgood said.

Nelson Hall is both the defending cheer champion and defending overall homecoming champion – residents can’t wait to get up on the wooden bleachers to scream until their throats are scratchy.

This is just one part of Bethel’s long standing Homecoming Cheer Night competition, although it looks a little different from previous years. Typically, students would pack into the Robertson Gym. However, due to COVID-19, all cheers will be pre-recorded, edited and then broadcasted across campus Friday. Dani Olson, the Student Activities director in charge of cheer night, explained that pre-recording each cheer in groups of 30 students ensures that everyone remains six feet apart and the gym doesn’t go over its capacity limit.

“School spirit is more important than ever during times as uncertain as this,” Olson said. “Having school spirit through homecoming can bring back the feeling of unity, joy and belonging that our campus is missing right now.”

After Nelson’s filming session, Heritage Hall residents bounced into the gym, led by junior cheer captains Sydney Holloway and Anton Hof, decked out in plaid and gray Heritage t-shirts. They sang along to “Break My Stride,” but changed the lyrics to where they have woken up as freshman, lost their IDs, and are in search of the evasive Heritage pool.

Holloway says Cheer Night has finally given her something to look forward to. She said it’s a great initiation for freshmen into Bethel and is one of her favorite parts of homecoming week.