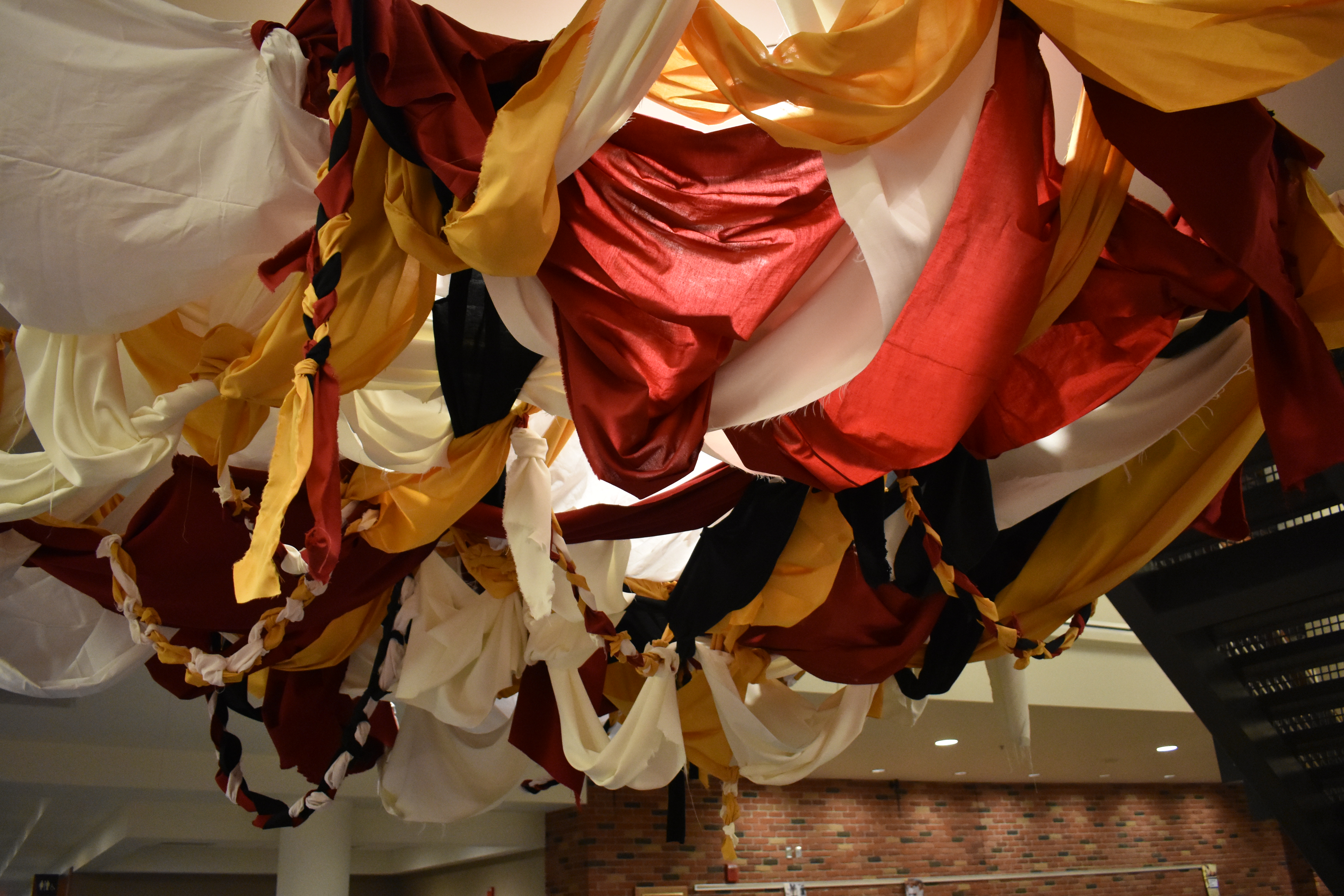 UCB celebrates Indigenous Peoples Day in the BC with art and apple juice.

Four colors of cloth are woven together and hung below the BC staircase, representing four nations: Africa, Asia, Europe and America. The art piece was created by Eleanor Carlson, a junior art major. When visiting the exhibit, students were encouraged to engage in Indigenous People’s Day, a day observed alongside Columbus Day in Minnesota.

In a 2019 proclamation, Gov. Tim Walz wrote that Indigenous People’s Day would “promote appreciation, tolerance, reconciliation, understanding, friendship, and continued partnerships among all of its people and the Indigenous Peoples of this land.”

According to UCB Director of First Nations Bridger Foster, Indegenous People’s Day at Bethel is a time to celebrate indigenous culture and to better understand American history.

“American history isn’t perfect, but that doesn’t mean it’s not a good country,” Foster said. “[We want to] teach people it’s okay to work to do better. We just need to acknowledge our flaws first.”

A post adorned with lights provided a space for students to display the names of an ancestor who made an impact in their lives. This stems from traditions in Native American communities whereas actions in the present should be done thinking about those seven generations in the future and in the past. According to Foster, the post was to serve as a reminder that people grow through the diverse set of interactions they have with others.

“Even though we may start off in singularity, we all grow by connection with diversity,” Foster wrote.

By the end of the night, the post was filled with names from students of all different “tribes,” or nations.

“As a Christian community, we are often called to be like Jesus, and Jesus would reach out to everyone,” Foster said.

0 comments on “Bringing the tribes together”