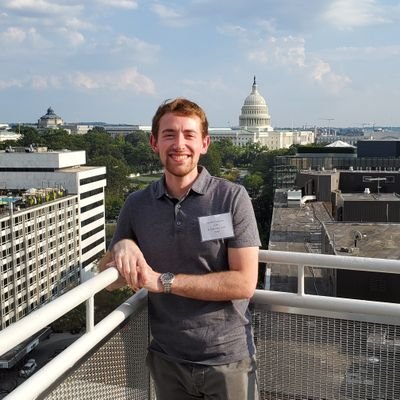 Goldman wants to include younger voices in the city government and bring more affordable housing to the city.

Like many new college graduates, Bobby Goldman ended up moving back home with his parents after getting a degree from Hamline.  For him, this was more of a necessity than a choice due to student loan payments and the difficulty of finding a job right away.

After getting a higher paying job, Goldman decided to look for housing in the local area of Arden Hills.

“One problem I ran into right away was the short supply of entry-level homes in Arden Hills,” Goldman said.  “To make matters worse, my student debt made me unable to qualify for a home loan.”

The average sales price of a home in Arden Hills was $344,468 in 2019. Many first-time home buyers, like Goldman, cannot afford a house at this price range. Eventually, he was able to find his current apartment in northern Arden Hills, but it was at a price that required him to pay almost 40% of his monthly income to rent.

“If this search for housing was so difficult for me as a college graduate with a good white collar job, I realized how difficult it’d be for BIPOC residents, working or middle class families, people of fixed incomes, or recent graduates with student debt like myself to afford living in Arden Hills,” Goldman said. BIPOC refers to black, indigenous, and people of color.

Goldman said he was inspired to run because he wanted the government to include younger voices in the political process; he wanted to see the community be able to have a say in what determines its future.

“And, like many, I don’t believe that a City Council composed solely of long-term and older residents is doing that [providing a voice for all sides of the community] here in Arden Hills,” Goldman said.

Goldman said he hopes to be a voice for the community if he is elected to City Council. He wants to push the community toward more green options and sustainability, bring in more businesses owned by women and people of color, and reach an agreement about the former Twin Cities Army Ammunition Plant (TCAAP).

“We need as much housing, as many jobs, and as much economic development as we can get, and I think holding up the largest undeveloped tract of land in the North Metro is really to the detriment of the city and residents,” Goldman said.

TCAAP has been a controversial issue in the community since April of 2019 when Ramsey County took legal action to break its partnership with the city of Arden Hills. The dispute is largely over housing density on the site. The county argues that there should be more affordable housing developed at TCAAP while the city disagrees.

According to the Pioneer Press, the city of Arden Hills originally agreed to make a deal with Ramsey County where 10% of the housing would be made affordable, and the other 80% would match the average income of the local area. The county is pushing for 30% or less of the housing to match the average income and developing as much affordable housing as it can.  This, however, would mean that instead of the formerly agreed upon 1,460 developed units on site, there would be 2,500.

Goldman sat at a Valentine’s Park bench in Arden Hills. While staying six feet apart and wearing masks, he talked with community members about his campaign and handed out brightly colored cans of Northern Soda. Although connecting with community members has been difficult during the pandemic, Goldman continues to work on this goal.

“A lot of residents truly don’t feel like they’re heard when they go to the city council with questions,” Goldman said. “Better communication with and input [from the community] would be really helpful.”