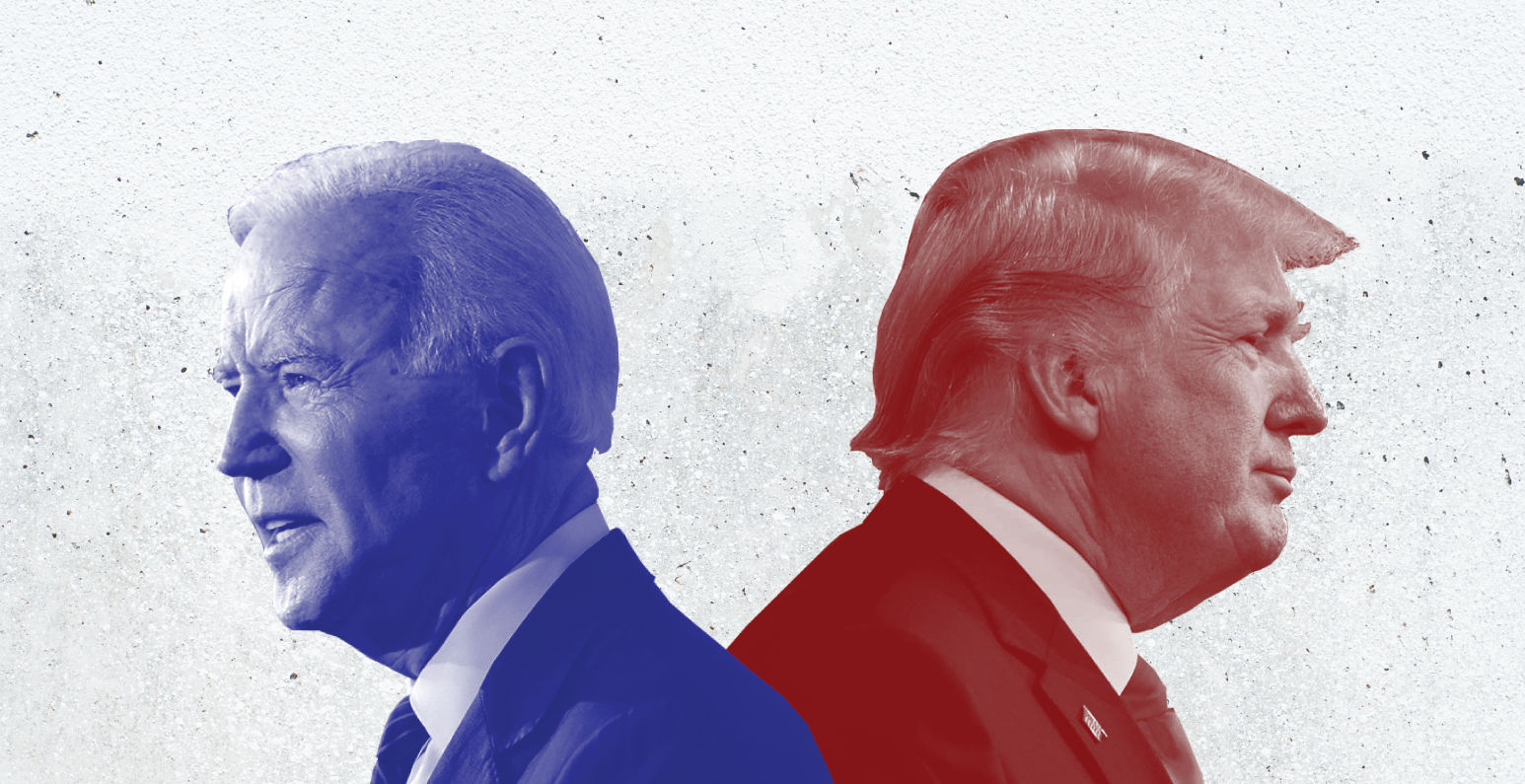 Voting and election data was collected in a survey conducted by the Clarion Oct. 12.

By Emma Harville and Molly Korzenowski

“Bethel is a campus with lots of evangelical Christians, so we can expect a big bubble of support [for Trump],” Political Science Chair Christopher Moore said.

Compared Bethel’s result to a national poll Harvard Youth Poll conducted in the spring, where 60% of adults aged 18 to 29 planned to vote for Biden and 30% for Trump, Bethel students are somewhat in the middle.

The Clarion survey was sent to the Bethel campus via Bethel Student Government’s weekly email Oct. 12. The results of the survey have an 8.1% margin of error, according to psychology professor Joel Frederickson. One-hundred-forty-six students responded to the survey anonymously.

The Clarion’s survey also showed about 40% of students affiliate themselves with the Republican party, about 16% are affiliated with the Democrat party, and 41% are not affiliated with a party at all.

“Even if you’re leaning conservative or leaning liberal, most [young] people do not like to be affiliated with a party,” Moore said.

In contrast, only 16% of students said they affiliate themselves with the Democratic party, but 38% said they would vote for Joe Biden, meaning many students unaffiliated with a political party plan to vote Democratic in the election.

“My sense is that Bethel’s Republican population has always been about three times that of the Democrats,” theology professor Jim Beilby said. “Slightly surprising, and encouraging, in my opinion, is the significant number of students unhappy with both of the major parties.”

According to the survey, about 67% of students either strongly agree or agree that the issue of pro-life or pro-choice affect their choice for political candidate. Because of campus demographics, Moore said most likely these students are staunchly pro-life rather than pro-choice.

While two thirds of Bethel students say the issue greatly affects their candidate choice, Trump is getting fewer than half of the votes.

“That’s one of the big things that struck me: people say abortion really matters to them, but even if it does, at least some people who are pretty stranchly pro-life are saying ‘I’m going to vote for Joe Biden anway,’” Moore said.

The survey showed that the issue of racial injustice concerns 30.8% of students the most, almost parallel to the 30.1% of students who said the economy is their top concern. Moore said he thought it was a bit surprising that racial injustice surpassed the issue of COVID-19, which got only 7.5% of the votes, figuring the pandemic has affected both the working economy and the present predicament of education.

“Typically in public opinion polls we see people talk about the issues that concern them when they feel like that issue really has a chance of really impacting their life directly,” Moore said.

In the survey, about 82% of students strongly agree or agree that the outcome of the election would make a difference in their lives. But, amid the divisiveness, Beilby said he wants students to remember that their hope does not rest in the political sphere.

“This doesn’t mean that politics and political platforms are irrelevant, but it does mean that we must eschew any attempt to simply identify one political platform as ‘the Christian one,’” Beilby said. “Further, we must resist the temptation to use political power to advance what we think are Christian goals. When we do so, we compromise our integrity and we make it more difficult for us to do what we really need to do, that is, to love our neighbor.”