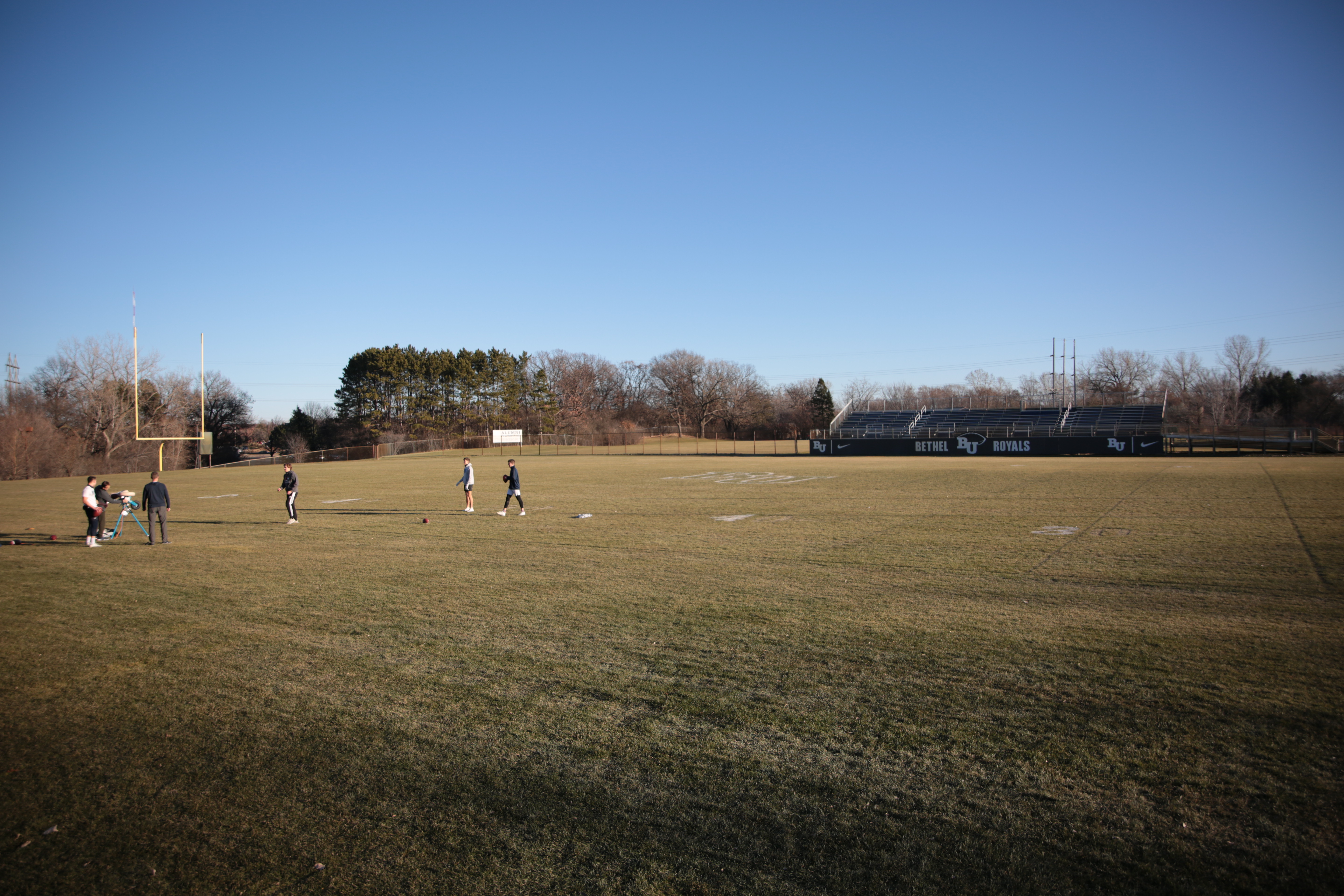 Bethel University’s Called to More campaign launched with specific plans to add an outdoor track, artificial turf and other improvements for athletics.

Track athlete Joel Smith has waited since his freshman year to have access to an outdoor track on campus. Currently, Bethel has no outdoor track and has real grass at the Royal Stadium. Bethel track athletes have been using either the indoor track at the Student Recreation Center on campus, the grass at Royal Stadium, or went off campus to Moundsview High School to use their outdoor facilities.

“There were talks about upgrades during my freshman year, but I didn’t expect them to be this soon,” Smith said. “I think [the upgrades] are going to be highly beneficial for all of us.”

On November 12, Bethel announced a new campaign titled “Called to More,” outlining five big goals to improve various aspects of the university. One major impact of this campaign will be on the athletics facilities. The biggest renovations to occur will be artificial turf at the stadium, a nine-lane outdoor track and upgraded throwing areas for sports like shot put and discus.

Smith, a junior, enjoys being an athlete at Bethel and looks forward to the upgrades that will be available for his senior track season.

“[Being a part of track] enhanced my experience at Bethel. I’ve found some of my best friends and the coaches are looking to better us on the track and as human beings,” Smith said.

The planning for upgraded athletics facilities began about two years ago when athletic director Bob Bjorklund formed a committee under student life to decide the future needs of the athletic department. Called the “athletics master plan committee,” this group oversees renovations and new construction.

“It was the perfect opportunity for my passions of youth ministry, ministry development and playing golf,” Cocalis said.

Currently in the fundraising stage, the plans to upgrade athletics facilities and build new ones are following an aggressive timeline. Cocalis said that donors and alumni are very excited about this opportunity and are eager to get involved.

“This is the most ambitious campaign Bethel has ever launched, and we can only do it through God’s work and the generosity He lays on donors’ hearts,” said President Ross Allen.

So far, the campaign has raised $500 thousand specifically for the athletics project. The hope is to meet the fundraising goal of $5 million by March 2021, which means construction could begin just one month later. All construction will begin at the same time and will be ready for athletes in fall of 2021.

“[Everyone involved] is incredibly excited about the campaign and what it will do for students, employees, and the broader community,” Allen said.

Originally there was talk about construction during the fall of this year, but the pandemic stopped this from happening.

“We’re taking advantage of the unique time given by the pandemic to tackle projects like this one,” Cocalis said.

Since the football season this fall was canceled, more flexibility was allowed in the planning process. Teams of people were able to go to the Royal Stadium this fall to begin planning without athletes using the facilities.

According to Cocalis, he was impressed by the collaboration among the athletics department, student advancement and the university as a whole in the planning process.

“It’s not just a track or a football field,” Cocalis said. “This is going to be an amazing stadium that is a big part of athletics and a big part of campus.”