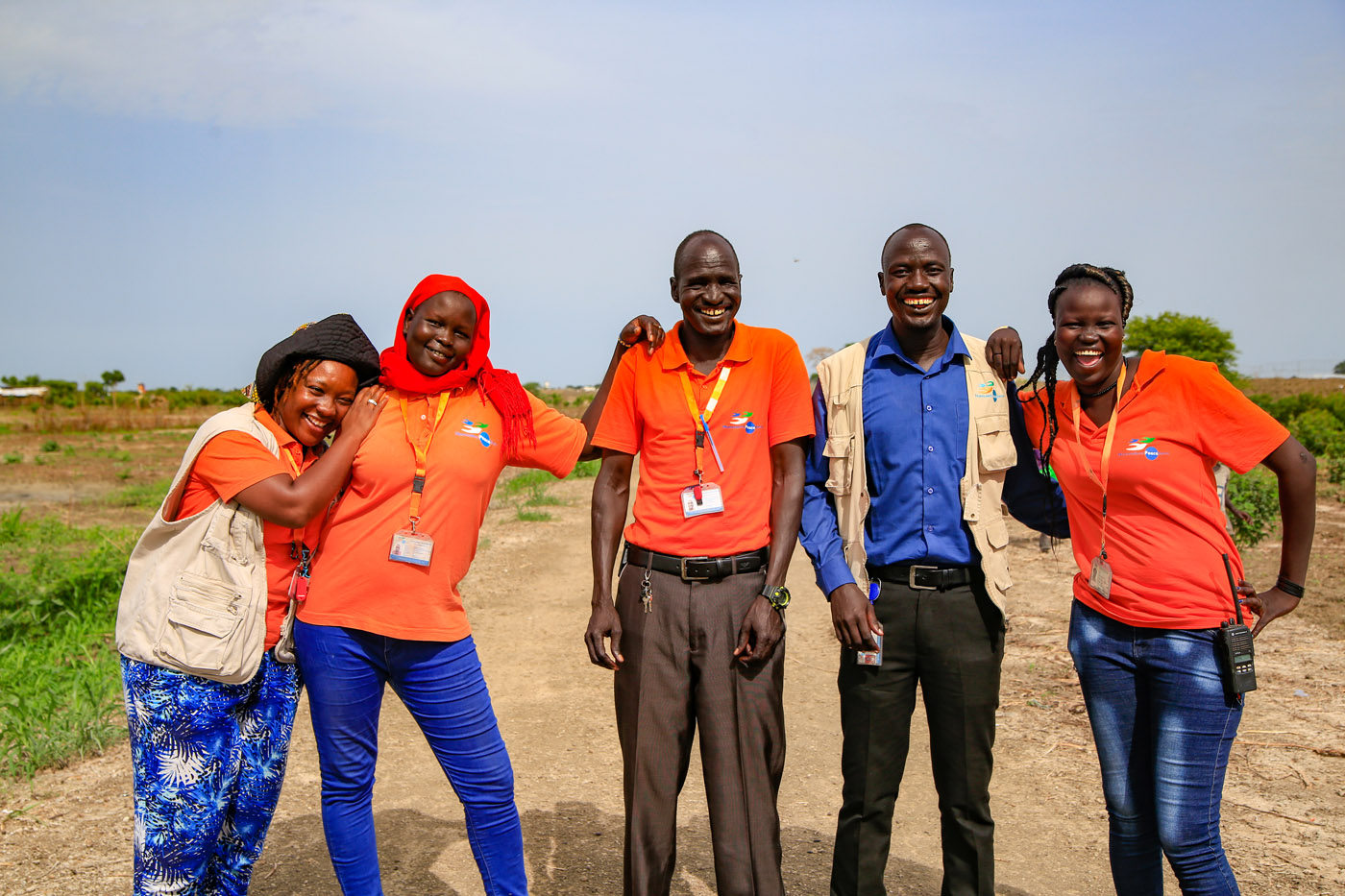 The Nonviolent Peaceforce works to protect the rights of civilians to protest, vote, and live peacefully.

By Soraya Keiser and Jenna Christensen

One hundred Democracy Defenders donned orange vests and masks the morning of Nov. 3 in preparation for Election Day. Volunteers from both Nonviolent Peaceforce and their partnering organizations had been through several Zoom training sessions to learn nonviolent de-escalation strategies. Throughout the day, teams of nonpartisan volunteers went to different polling locations to prevent voter intimidation.

“We ensure that the civilians are able to exercise their fundamental right to vote,” Consultant of Civilian Protection Asha Asokan said.

Nonviolent Peaceforce has also worked with local organizations to coordinate these volunteers at protests in the Twin Cities area. From working in countries like South Sudan and Myanmar to brokering peace in the racial and political tension of the Minneapolis area, the nonprofit uses its relationship-building techniques to promote peace.

Nonviolent Peaceforce’s goal is to fill these gaps by training leaders who can bring nonviolent strategies to their neighborhoods and to build a mechanism for protecting the rights of civilians to protest and vote.

“We are not an activist group,” Director of the U.S. office Marna Anderson said. “We are a protection group.”

With international programs currently in Iraq, Myanmar, the Philippines and South Sudan, Nonviolent Peaceforce workers collaborate with locals in these communities to not only de-weaponize conflict, but also to offer resources and information about COVID-19. Nonviolent Peaceforce trains people in unarmed civilian protection, and also trains women to be peace leaders and works as a liaison between these communities and aid organizations.

Before the virus forced the creation of travel bans, Anderson and other volunteers traveled to these places in order to foster relationships with people in each community and learn what they needed most. These relationships are important for when violent outbreaks occur, Anderson said, because civilians trust the Nonviolent Peaceforce workers in their communities.

Anderson joined Nonviolent Peaceforce because she was looking to get back into international work after her time as a senior fundraiser for Planned Parenthood. Anderson had previously lived in El Salvador in the mid-90s, where she experienced the impacts of a country in post-conflict turmoil. Her best friend’s 5-year-old daughter was shot and killed by young ex-guerillas who had access to guns, anger and too much free time.

“That really affected me a lot,” Anderson said. “And I’ve often thought since then, what if we could have prevented that from happening if we had had an organization like Nonviolent Peaceforce on the ground, talking with community members, listening to them express their fears, and looking for some ways to mitigate that danger. It really drives me a lot with this work.”

However, after asking donors to give in spring instead of at the end of the year, people have been generous. Fundraising is coming in higher than it was last year, which has allowed Nonviolent Peaceforce to continue work both virtually and in-person. So far, Anderson said these transitions have gone smoothly because of the large amount of national staff that is originally from each location. They have been able to stay and continue with their work despite travel restrictions.

During the pandemic, Nonviolent Peaceforce developed an online “Nonviolence Cafe” miniseries that since its start in March has covered a range of topics including nonviolent safety procedures, COVID-19 responses in the field and racism in humanitarian work. The idea came to Anderson after reading an article titled “Love and Nonviolence in the Time of Coronavirus” written by Ken Butigan. About 80 people were on the call, and over the course of nine Zoom meetings, hundreds of people have signed up to join these conversations.

“That’s been really wonderful to help cultivate a sense of community when people are so isolated” Anderson said.

With this strong focus on relationships, the Nonviolent Peaceforce has plans to continue enabling communities both abroad and in Minneapolis.

0 comments on “Filling the gaps”