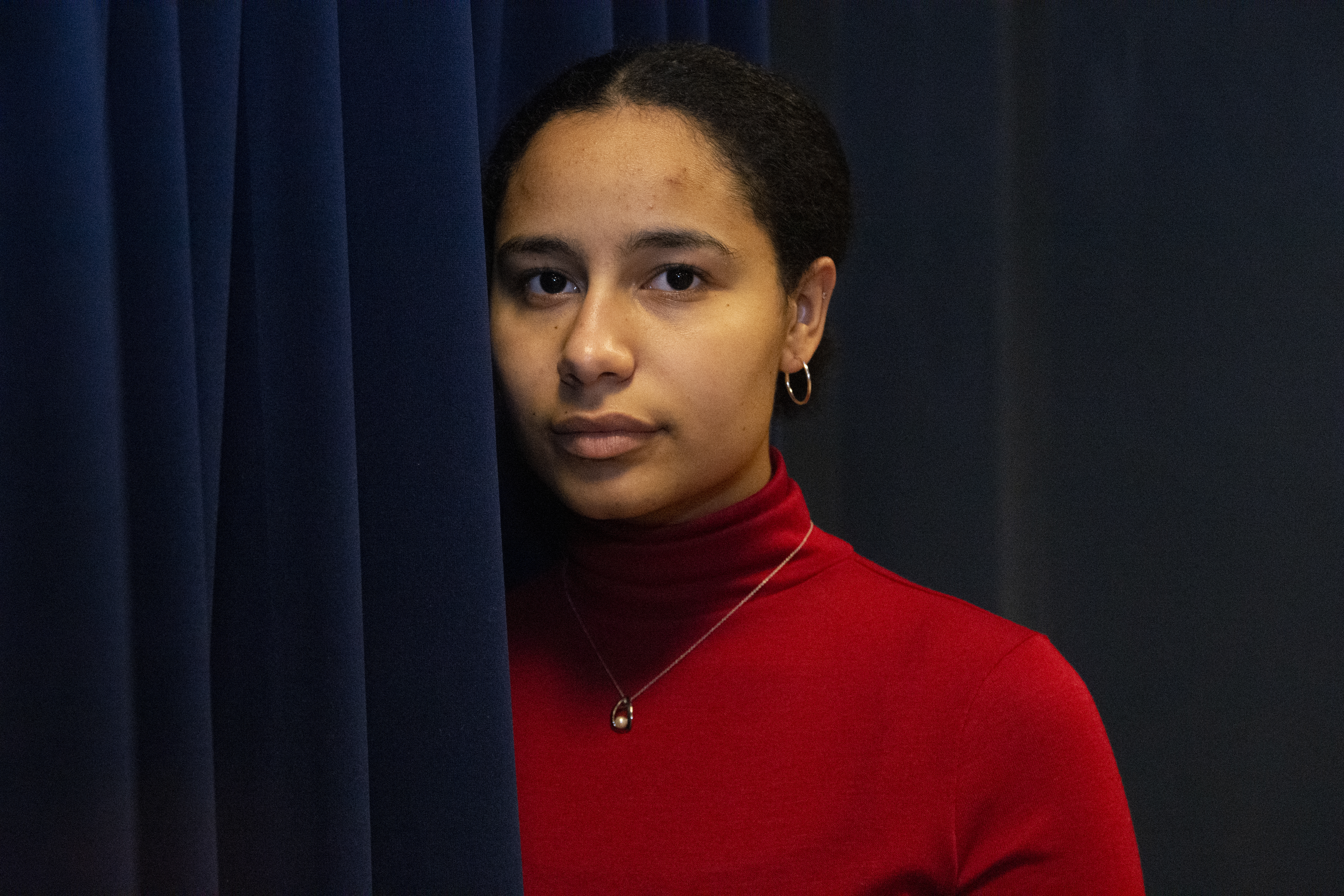 Students, faculty and Bethel community members gather to share their experiences and learn from others on what it is like to be a Black person in America.

By Soraya Keiser and Nate Eisenmann

Freshman Rayven Davis took a deep breath as she stood alone in her Black Lives Matter T-shirt on the stage of the Underground. A captive audience filled the room in a socially-distanced manner, some standing against the wall and others sitting on the steps. Bethel President Ross Allen was among them, sitting against the doors. The music started and Davis’s powerful voice filled the room.

Davis’ performance was just the beginning of an event hosted by the United Cultures of Bethel subgroup Black Student Union on Oct. 23. The event, titled “Being Black in America,” celebrated Black culture and affirmed the need to stand in solidarity with those who belong to the Black community.

The idea for the event came to BSU director Jireh Babalola after this summer’s protests centering around racial injustice swept through the United States and across the world.

“I saw that there was a need for awareness of this on campus,” Babalola said.

The subgroup currently has about 15 members and meets weekly on Wednesday evenings. Babalola said that this year, BSU strives to create a safe community that feels like home for their members, and that they hope to connect and embrace their identity while facing the social realities of being Black.

The song Davis sang, “Stand Up,” was originally written for the 2017 film “Harriet”, a movie about the life of abolitionist Harriet Tubman. The song takes a unifying tone in encouraging Black people to come together and take a stand against racism and oppression.

Davis wants not only herself, but all people of color to feel comfortable expressing themselves on Bethel’s predominantly white campus.

“It’s so important that we make the effort to come together as a diverse community,” Davis said.

Following a standing ovation, Davis left the stage and freshman Talia McWright walked up to the microphone to perform a spoken word poem called “Black, Beautiful and Proud” about her experience as a young Black woman living in America. The audience responded to her words with applause, snaps, and heads nodding in approval.

The panel was asked questions about Christianity, racism at Bethel, education, and more that invoked discussion. When asked about the validity of the statement “All Lives Matter,” all panelists agreed that all lives matter, yet all lives can’t matter until Black lives matter.

“People who say all lives matter don’t really mean it,” Zalanga said. “This phrase ignores the validity of the BLM movement.”

Bunker urged the Bethel community to keep pressing and learning without letting stereotypes or fear keep them from learning about others’ cultures.

“[All lives matter] denies the humanity and reality of what people are experiencing,” Bunker said. “Will you finally let my Black life matter as much as your white life matters?”

0 comments on “‘Black, Beautiful and Proud’”