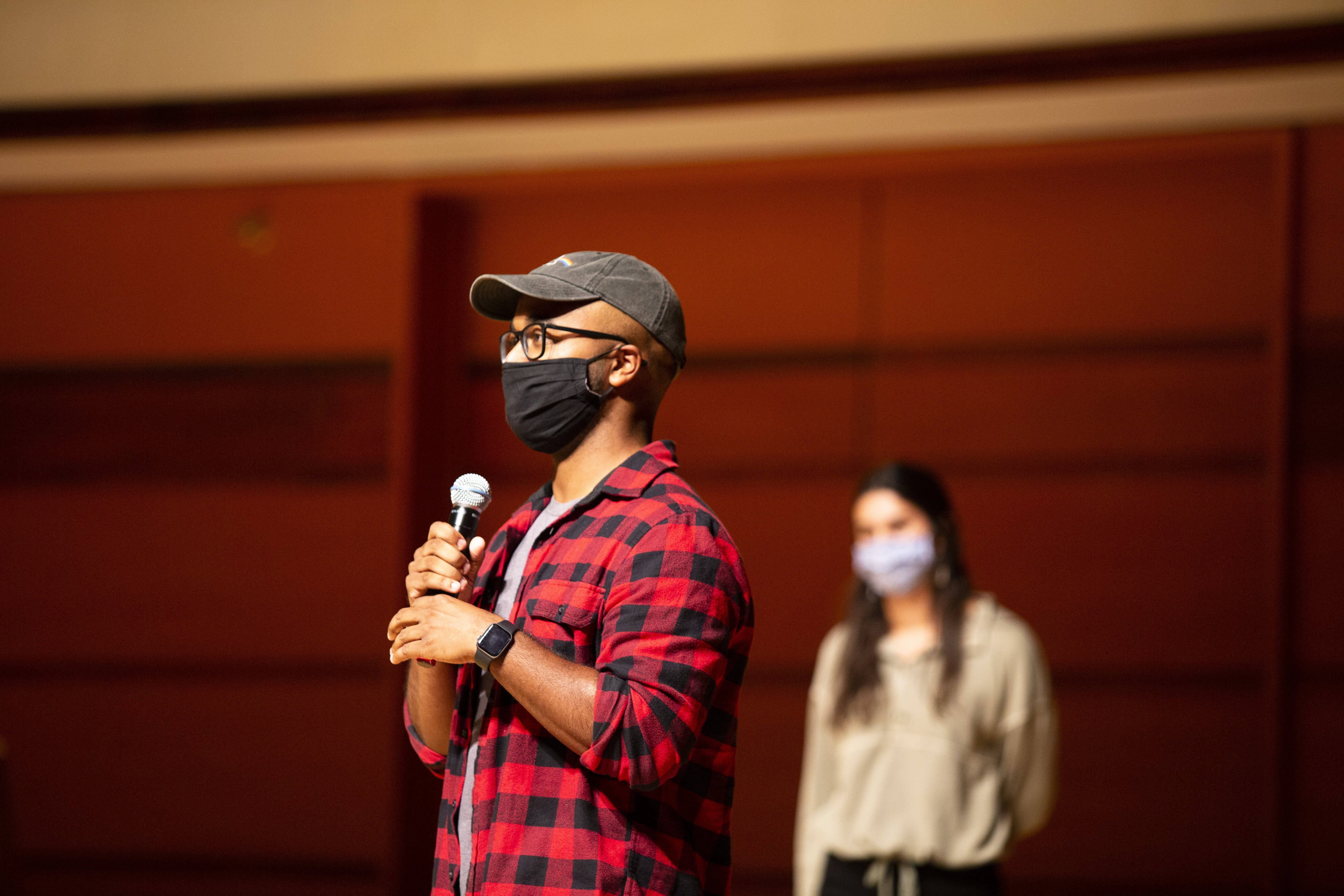 COVID-19 and this summer’s racial injustice protests sparked honest dialogue worthy of being introduced to the Bethel community.

Black Lives Matter protests in the Twin Cities following George Floyd’s death prompted many Bethel University students to speak out on various social media platforms about racial injustice  – signaling to United Cultures of Bethel and and Student Ministries leaders Alice Hong and Paige Revering that the student body is more ready than ever before to engage in an open discussion about their differences.

With the slogan, ‘unity is not uniformity,’ Student Ministries and UCB worked together to create an event called One Body in hopes of sparking honest conversation about social issues.

While One Body was not a direct response to the murder of George Floyd, his death created a climate for people to openly express their feelings towards racial injustice, which in turn, Revering and Hong want to continue at Bethel.

“Speaking to all the events that have happened over the summer, the climate felt right in a way that it is very much on people’s radar to talk about our differences,” Executive Director of Student Ministries Paige Revering said. “We wanted to strike while the iron was still hot.”

Hong felt it necessary to seize this opportunity, hoping to convert a racial justice movement-turned social media “trend” into a real and honest dialogue amongst the student body.

“I don’t care about who posts on social media, because in my mind that doesn’t translate into their life outside of the screen… you’re supposed to be doing it in person and need to be practicing more of it,” Hong said. “People posting ‘Black Lives Matter’ or ‘Blue Lives Matter,’ whatever it is, I don’t see them coming to the UCB events.”

Part of planning this event was deciding how they were going to bring up tougher questions and encourage discussion. Wanting to avoid debate, the team decided on a dialogue activity that gave students an opportunity to be honest, as well as a visual representation of differences.

The dialogue activity included six students of various backgrounds; race, gender and age. Students walked to a spot onstage along a spectrum, ranging from strongly agree to strongly disagree, in response to the four questions Hong asked, some requiring more thought than others.

The six students walked to the sign corresponding with how they felt about the prompt, and when stopped at their sign of choice, they openly engaged in dialogue about their individual perspectives.

Questions such as “Would you date a non-Christian?” didn’t spark as intimate a dialogue as “In your experience, have you ever doubted God?” or, “If you were to die right now, would you go to heaven?” The six students were willing to share their opinions on both types of questions, even if it went against the majority.

Christina Castañela, a freshman special education and graphic design major, appreciated how honest the students were in this setting.

“It stood out to me how honest Kadrian (Chambers, one of the six on stage) was; he went against the grain, but his perspective made me think differently and challenged beliefs I had before,” she said.

This representation of differences within the student body was what Revering wanted to highlight on Tuesday night. Celebrating the event as a whole meant acknowledging the beauty and accepting the community’s differences.Talking about these differences requires admitting that there’s something ‘out of the ordinary,’ which Revering says is hard for students to do.

“I know if I don’t ‘look’ like every other Christian here at Bethel then I feel like I’m doing Christianity wrong, so it’s very important to get the message across of ‘just because you’re different doesn’t mean it’s wrong or of any less value,’” Revering said.

Tuesday’s One Body event was not as focused on racial justice as many thought it would be, but Hong said this was just the beginning.

“We are just starting to open up to talking about racial injustice; if we see students craving and willing to have these conversations, then we will have more in store,” Hong said.

UCB plans to host another One Body event in the spring that will be more focused on a discussion of racial injustice. Hong believes an opportunity like this will in turn cause unity, not just uniformity, within the body of Christ.

0 comments on “Fighting injustice: More than just a repost”